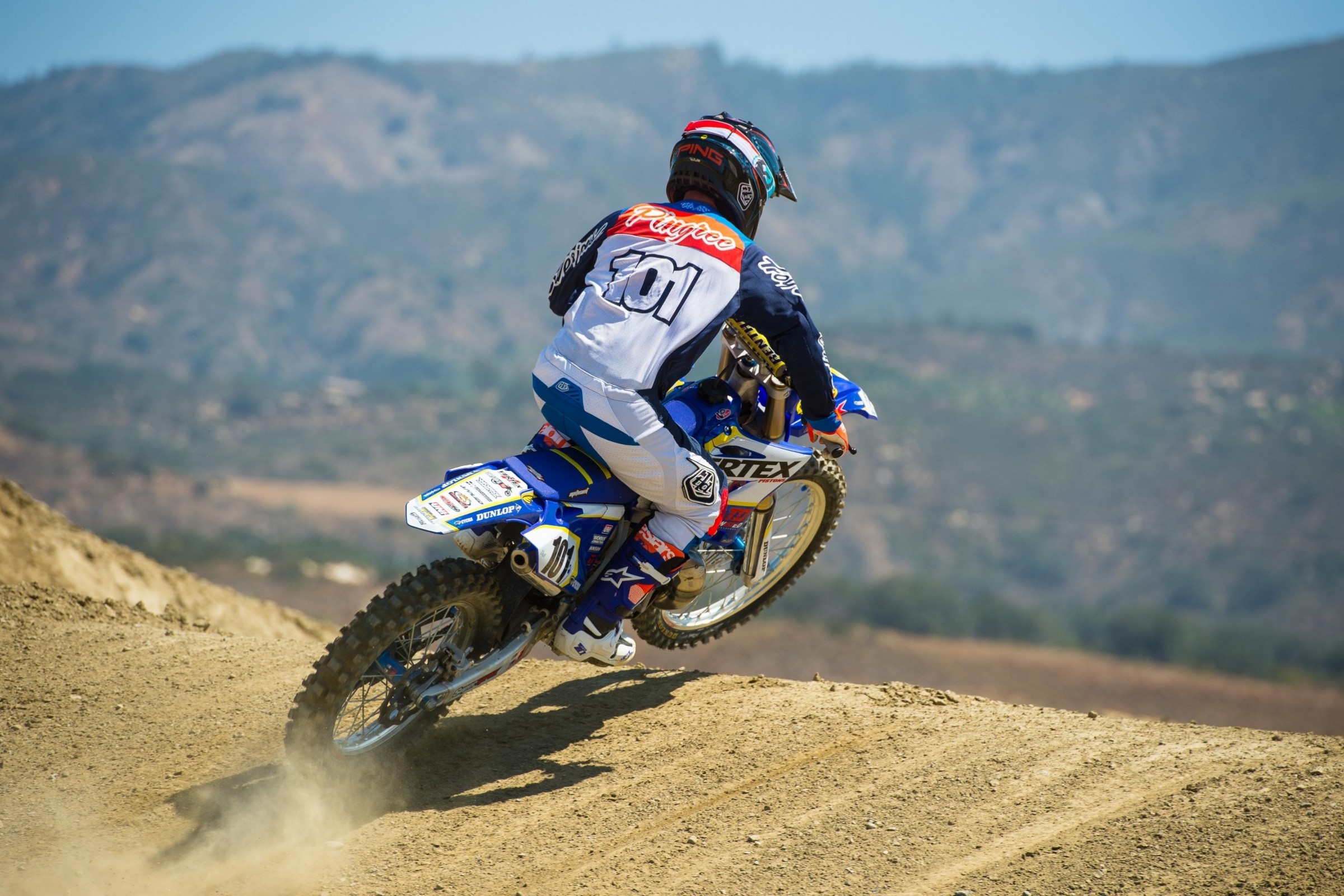 Hope is restored! Like many others, I quit watching post-race press conferences because of the mind-numbing monotony and uniformity of the rider’s responses. If we all had to listen to Dungey's monotone, politically correct statements one more time, ahhhh......

Then by happenstance my son was watching last week’s post-race press conference and it restored my hope in humanity! I watched it three times! The 250 interview was by far the most exciting and FUN interview I've witnessed to date. Aaron, Shane, and especially Adam's comments were almost better than the race itself. REAL FEELINGS and thoughts came out… imagine that!

My question to you, Ping, is how do we foster this friendly banter between racers so we continue to see more of this?

I talked about this in our 3 on 3 feature this week and I couldn’t agree more—those guys were a breath of fresh air in what has become a competition for who could put the audience to sleep the quickest. Sure, not one of them could figure out the saw/seen verb conjugation, but I’m totally fine with glazing over that because they were letting their personalities show and enjoying their jobs. That has become so rare in recent years. How do you foster this kind of banter? You can’t. As George Costanza once said regarding parallel parking, “You can’t impart this kind of talent. It’s so inborn.” Honestly, you have a fun, outgoing personality or you make watching paint dry seem like an MMA death match in the octagon. For the sake of the sport, I hope these three make a successful transition to 450s and become the next group of riders winning titles for years to come.

What are your thoughts on Justin Hill and him sucking through four rounds now?  Is it too much hanging out with his bro and other bro-bro's focusing on making snapchat videos? I find it kind of hard to believe it's the bike—if JGR can't build a Suzuki, WHO CAN?! And to all the haters saying that bike's platform is garbage, Hunter Lawrence sure hauled the mail on one a few months back before signing with Honda... fill us in, #101!

I’m as underwhelmed as anybody by Hill’s mid-pack results. I spoke with Jeremy Albrecht, JGR team manager, and he said the one thing the 250 guys are chasing is the turning characteristic of the bike. I walked away scratching my head because that is the best trait of the Suzuki 250; it will turn circles around any other brand of 250F. I’m guessing the bike is just fine. Seeing Hill switch from Pro Circuit to TLD to Pro Circuit to Autorader/Yoshimura Suzuki, four teams in five years, tells me he’s got issues. Ever seen the crazy/hot matrix as it relates to women? Click here if you haven't.

Well, imagine that but it’s a crazy/fast matrix and Hill is a nine fast and a ten crazy. I wouldn’t expect a lot of consistency out of a guy like that—but we also know that when he hits, he can be really, really good. Of course, he can always fall back on a job filming with the Dirt Shark and his bro’d-out band of bros, bro.

I will get this out of the gate first: can we let Vince just miss the gate drop and he and his bike can just lay down somewhere really sketchy on the first lap? My second question is about first-year 450 riders coming up from really successful 250 racing. When they are on their game in the 250 class, their times are super competitive, with the 450s on the same night/course, but it seems they lose that edge (and a second or two) and confidence when on the big bike. Now that the frames are pretty much the same, could or should they try a big-bore 250 for the first year to keep the weight/mass a little more familiar, just add power? Would it look bad for the new star to not be on the 450 because it was a problem with the bike? I know several off-road guys went by the stopwatch and were faster on the 250.

I’d rather see Vince get holeshots and then make an endless string of bad decisions as the top 15 riders fight their way past, week after week. But that’s just me.

The top 250 guys have always been within a second of the bigger class; it was that way even back in the nineties. Being successful in the premier class isn’t about being able to ride at a certain speed, because plenty of riders have shown the ability to go that fast. Doing it on a faster, heavier bike for 20 laps and 17 weekends is the trick. Riding a big-bore 250 wouldn’t work either. I know it sounds great in theory, but if you think back to Shorty and Alessi trying to race the KTM 350, it didn’t work. If you want to jump the things the top riders are jumping and you want to be able to start inside the top ten, you have to be on even equipment. Off-road is a different animal because starts aren’t as important in a three-hour race and you don’t have to jump long distances right out of a corner.

Good to hear you liked the Triple Crown race… I’m still undecided. Let’s see how the next one plays out.