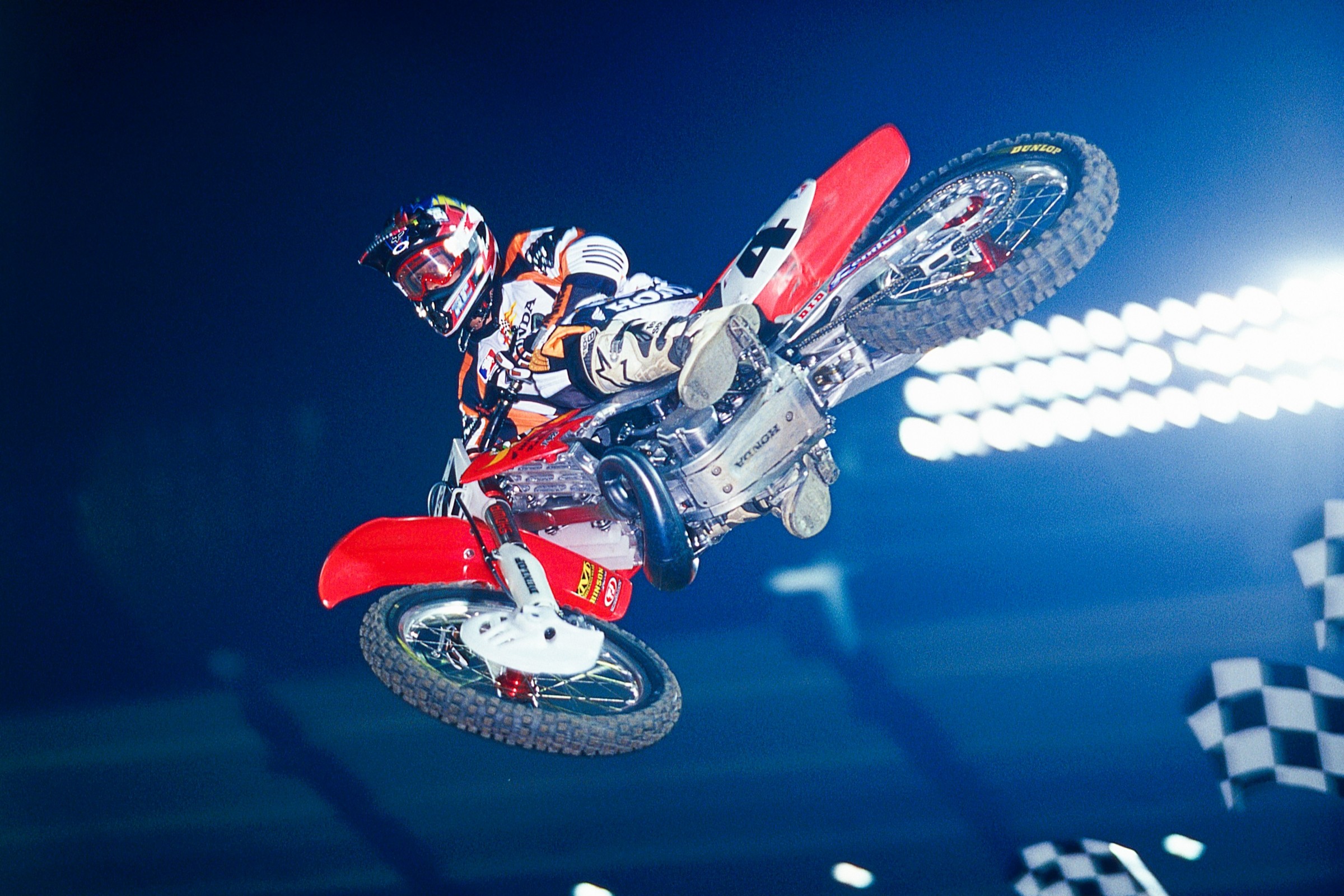 On This Day in Moto February 1

The most pivotal Florida Winter-AMA Series in history began on February 1, 1976, at North Florida Raceway in Jacksonville, Florida. These were the days before supercross dominated the first half of the calendar. In fact, the 1976 AMA Supercross Series would not begin until March 6 at Daytona, and it only lasted six rounds. The Florida Winter-AMAs, run by Bill West, were THE place to be for preseason training, and many of the stars and factory teams were there in 1976: Suzuki's Tony DiStefano, Danny LaPorte, and Steve Stackable; Husqvarna's Kent Howerton; Can-Am's Jimmy Ellis, Mike Runyard, and Buck Murphy; Maico's Gaylon Mosier and John Savitski; Harley-Davidson's "Rocket" Rex Staten; former three-time 250cc National Champion Gary Jones (on his eponymous brand Jones-Islo), and more. But it was the appearance of a couple of rookie Yamaha factory riders from the West Coast that made this race a game-changer.

Bob Hannah had raced in just one AMA Pro National before 1976, finishing sixth in the last 125 National of '75 in San Antonio, Texas, and was barely known outside of the California desert. He was fast, confident, and determined enough to catch Yamaha's eye, and they signed him as a prospect to race the 125 Nationals in 1976 and hopefully knock off Honda's superstar Marty Smith. First, they dispatched Hannah and another prospect, Oregon's Rick Burgett, to Florida for some seasoning aboard the OW26 400cc Yamaha's.

In the Jacksonville opener Hannah and Burgett went 1-2 in the Open class, shocking pretty much everyone but themselves. It began a series of wins for Hannah that would include in his stunning upset over the heavily favored Smith at the Hangtown 125 National opener in April, and culminate in the first of his six AMA titles in his Hall of Fame career.

Some footage of the 250cc Class at the '76 Florida Winter-AMAs, though this is Diamondback at Cocoa Beach.

Coincidentally, February 1 is also the birthday of Jim Gianatsis, the legendary Cycle News and Motocross Action scribe of the seventies who was the one to not only document the arrival of Hannah on that day in 1976, but also the man to coin his nickname "Hurricane," as well as those of many other top pro riders of the day. Gianatsis, a former racer himself, used his camera and pen to illuminate motocross during its rise throughout the seventies. Happy birthday, Greek!

Team Yamaha's Damon Bradshaw was on the hottest streak of his career, winning five straight rounds of the '92 AMA/Camel Supercross Championship, including the Seattle round on February 1. It was Bradshaw's third win in the streak and gave him a commanding grip on the points lead. Honda's Jeff Stanton and defending champion Jean-Michel Bayle finished second and third.

Jeremy McGrath was also on a hot streak, albeit in the 125 Class. He won for the second weekend in a row on the PEAK/Pro-Circuit Honda over his teammate Buddy Antunez and Suzuki-backed Phil Lawrence.

Seattle's Kingdome played host to the fourth round of the '97 AMA Supercross Series, and Doug Henry became the series' first repeat winner of the year aboard a Yamaha YZ250. Suzuki-mounted Jeremy McGrath finished second while homegrown Larry Ward placed third on a Honda of Troy CR250.

The 125 class also saw a Yamaha take the win, though it was a first-time winner in French import David Vuillemin. Pro Circuit Kawasaki riders Casey Johnson and Pedro Gonzalez of Mexico rounded out the podium.