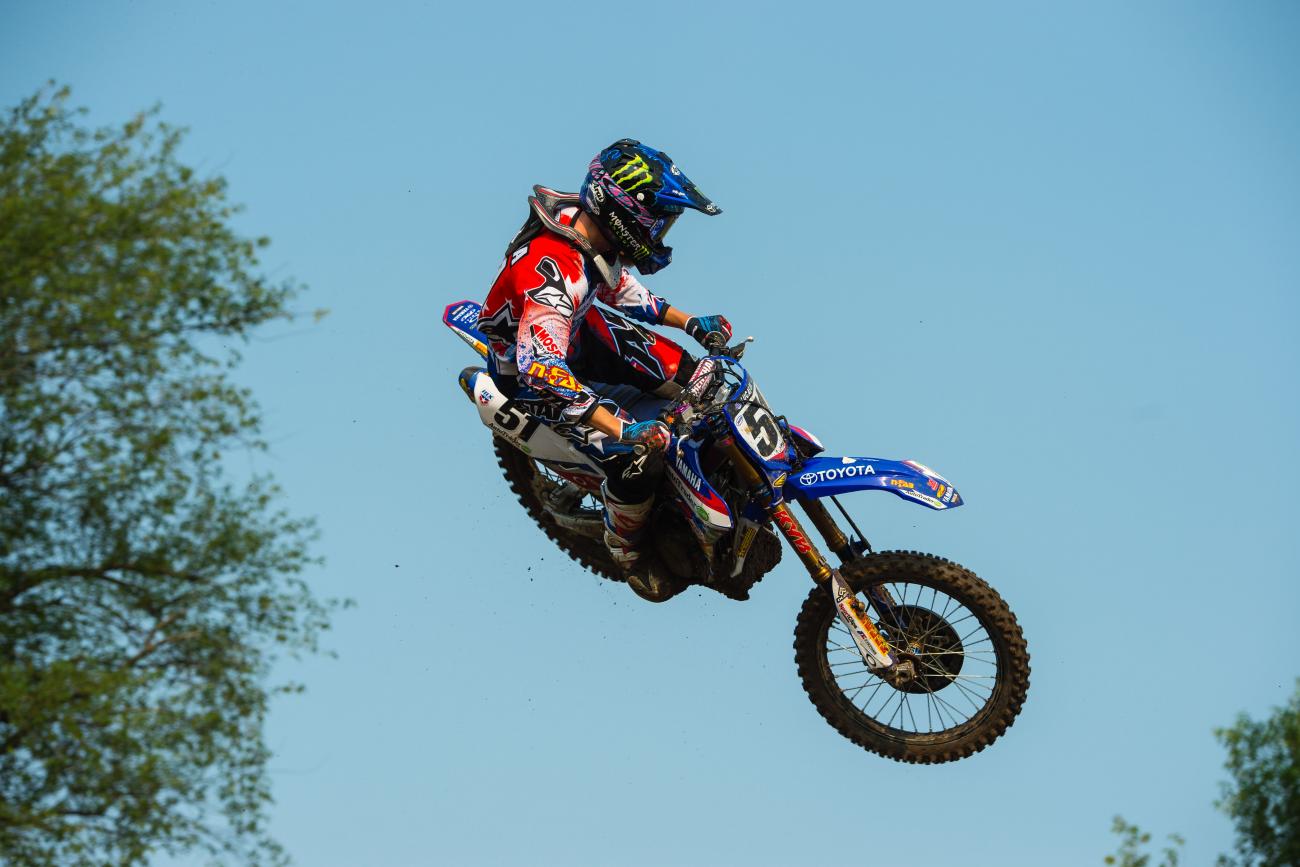 On Friday morning before the Budds Creek National, I jumped in the car with Coy Gibbs and JGR suspension man Jonny Oler for an old-fashioned road trip to a national. On Saturday night, I drove back with Coy and team manager Jeremy Albrecht. When I was setting up this plan, I didn’t suspect that Budds would become a huge weekend for the team, which had not won since the Daytona Supercross with James Stewart in 2012 (and the team’s other rider, Davi Millsaps, finished second that night. Yep, a Stew-Millsaps 1-2. My how times have changed).

Justin Barcia ended team Autotrader.com/Toyota/JGR Yamaha’s drought in the rain. He won Budds Creek in style, finally validating the big effort and money JGR and Yamaha threw at him last year. Barcia certainly expects to win races, too, so this was big for all parties.

When I jumped in with Coy and J-Bone for the late Saturday night drive home, I expected a celebration. But J-Bone explained something that should have been obvious: one win at a national wasn’t enough to change the world. Remember, Barcia is a high-end talent in the sport, a front-line guy since he was racing 85s. He’s expected to contend for wins every week, and titles each season. I bet that if you told Barcia on New Year’s Day that he wouldn’t win a race until June, he’d not have been very happy.

For Justin and his new team, Budds Creek would only really be a success if it led to more victories. Multiple wins, straight up against the stiffest competition. That was the original goal here. It’s also something some of us have lost sight of because Barcia’s last two years haven’t been good. His 2014 Monster Energy Supercross season was a struggle, with no wins to back up his double-victory 2013 rookie season (which also included the Monster Energy Cup victory in late 2012). He missed almost all of last year’s Lucas Oil Pro Motocross Championship with an ankle injury, and while he’s logged a few solid rides for JGR this year, he was far from a title contender.

After awhile, it seemed like we’d all begun to accept that Barcia was maybe a podium guy but no longer a contender for wins against the best. Even Justin himself told me at Glen Helen that although he considers himself mentally strong, his confidence was starting to wane.

Budds Creek reignited something, because the RedBud win wouldn’t have happened without it. He did it as legit as you can, holding Ryan Dungey off under fire in the second moto, winning straight up. It was a huge deal, and you can hear Justin getting emotional in his NBC TV interview straight off the track. He’d finally gotten back to the front lines.

Remember, he’s been here before. Barcia was the kid that led his first pro national; the kid with back-to-back 250 East Region Supercross titles; a two-time member of Team USA at the Motocross of Nations; the man who jumped to a 450 as a replacement rider late in 2011 and gave Ryan Villopoto and Ryan Dungey fits; the rider who collected those 450SX wins as soon as he jumped into the class. This win is supposed to be the rule, not the exception.

With two wins in a row, Barcia’s talent, expectations, and results have finally started to realign. That’s a feeling that you can really drive home with.