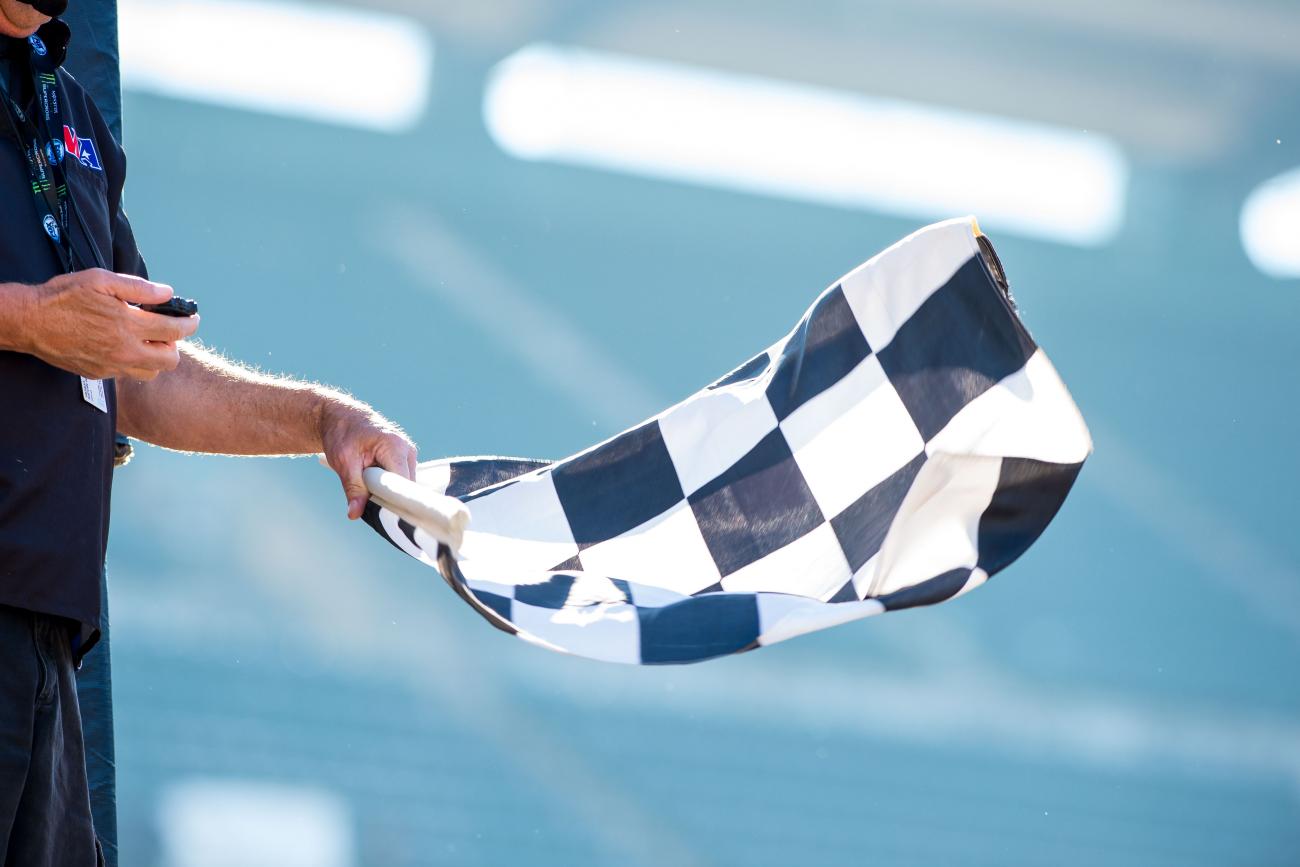 What else is happening that could be on interest to happening people? Have at look at The Word On...

I maybe have rode like a turtle in the Main but slow and steady wins the race @vurbmoto pic.twitter.com/m3sAU8Jo5U

Has anyone noticed that Colton Haaker does something awesome every week? We might need to give him his own section.

FACES AT THE RACES

We often wonder how many people actually pay for tickets at the Anaheim rounds of Monster Energy Supercross. Southern California is the heart of this sport, and through those arteries flow much traffic and a lot of well-connected industry people. Here's another sample...and to everyone who hangs at Anaheim, we like to ask, "See you in St. Louis?"

Ever hear of Sport195? Not many have. Branded as "a social networking site for sports," Sport195 was much different than its tagline. Instead of building social networks, they were building a website platform. That’s neither here nor there. The problem with the startup sports company wasn’t in their tagline, it was in their bank accounts. At one point last year, the company, which boasts a team of over 500 employees on its website, according to Vice Sports, quit paying those employees. Aaron Gordon at Vice Sports has the story of how the sports startup is now being sued for $500,000 by former employees. From Gordon:

“In the summer of 2014, even as the money drained from the corporate account, the company suffered delusions of its own grandeur. Sport195 hired at a furious pace, sometimes bringing in as many as 10 new employees a week. "We'd go downstairs [from the New York office] and run up a $500 bar tab and [Petty] would pick it up," recalled another former Sport195 employee. While his employees waited for a month's back pay, Petty compared the company's aspirations to Yahoo! and ESPN.”

Last week, in his ReduX column, Jason Weigandt coined the #KenEli hashtag for the Eli Tomac/Ken Roczen rivalry. Or was it #RocMac? #ToZen? This is a nickname that could go on for years and years, so we weren’t comfortable giving that kind of power to Weege. We went to Twitter and asked for suggestions. Here’s the best we got back. Leave yours in the comments.

Just a hunch, but she may have had one, or twelve, too many.

With it being 2015 and all, one would think that most (should be all) would realize it’s not smart to protect one's bank account, or any vital information for that matter, with the password “123456.”  Or “password.” You would think. And you would be wrong. From Gizmod:

“SplashData's annual list compiles the millions of stolen passwords made public throughout the year and assembles them in order of popularity. A glance down the list reveals that we're all still morons, with "123456," "password," "12345," "12345678," and "qwerty" making up the top five. No, really.

And you thought your password of "catdog" was bad. Check the worst of the worst out here.

How big was the Chad Reed/Trey Canard incident Saturday night? For the Win, USA Today’s sports site, picked up the story and ran quotes obtained by Racer X’s own Jason Weigandt. Before you say, “They only cover the bad stuff,” remember that USA Today Sports runs numerous moto stories every year. In fact, just last October, they ran a feature before the Monster Energy Cup on Ricky Carmichael and his transition from racer to course designer.

We're glad mainstream sports outlets cover moto on occasion, and when they do, we're really glad they used us to get their information.

Andy Bowyer, you may have heard of him, he stops by every week on Racer X to get us super, Ryan Dungey-level pumped for the weekend’s race. Anyway, Bowyer, as many know, also works for Feld Motor Sports this year, hosting Race Day Live! At Anaheim last weekend, he caught up with Lee Ramage to talk about preventing arm pump. It’s worth checking out. For more on the GNF Enhancer check out this video.

Moto will have a new event at the 2015 Summer X Games, ESPN announced yesterday. According to the World Wide Leader, X Games Austin will feature the debut of Moto X Quarterpipe. While we’re not exactly sure what that means, there was this small nugget of information in the release: “A Freestyle derivative, Moto X Quarterpipe will feature six riders throwing their single best trick off a quarterpipe ramp.” We’ll see. We have heard that the wind in Texas is just too much to ever put on a traditional Freestyle comp—you might recall last year's had to be cancelled. X Games Austin returns to Circuit of The Americas June 4-7.

As we mentioned last week, Yoshimura releases a glimpse into how the factory team works every week. Check out a behind-the-scenes look from Anaheim 2.