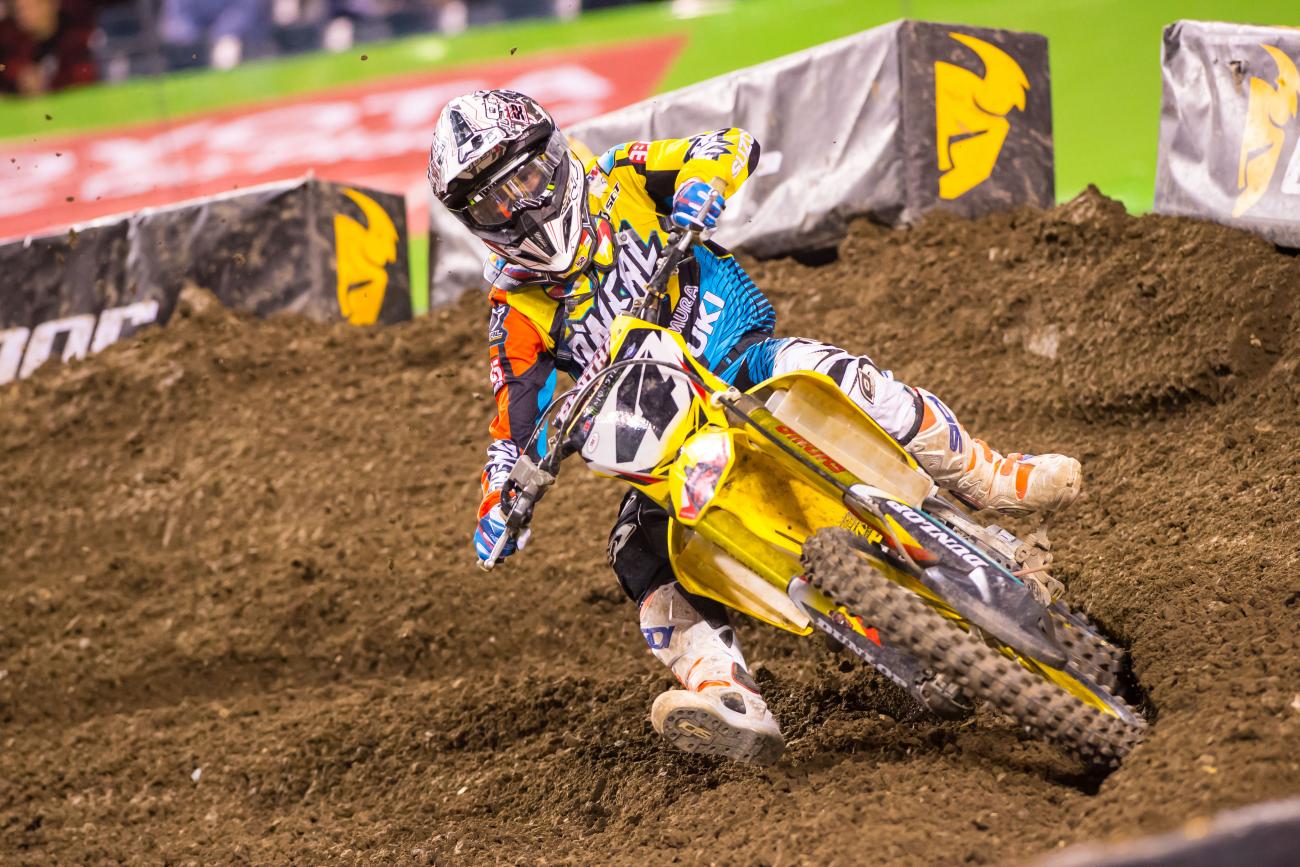 Unsung Hero The Other Rookies

Rookie nerves and 450 acclimation had zero impact on Rockstar Energy Racing Husqvarna’s Jason Anderson. His Anaheim 1 runner-up finish quickly became the standard for the 450 rookie class, and he’s still the head of the group, sitting a solid third in the Monster Energy AMA Supercross, an FIM World Championship, standings.

The other guys are coming around, though.

“It was good. I’m finally happy walking away, happy with my result,” said American Honda’s Cole Seely to us on Saturday night. “I wasn’t as happy the last two weekends.”

Seely’s sixth is his season best, and he even overcame getting Bam Bammed by Justin Barcia early in the main. While in the middle of the torrid fight between second and eighth place, Barcia slammed Seely to the ground. “I got into it with a rider out there and picked myself up in tenth, and charged forward,” Seely said. “That was good because the first two weekends I had been going backwards. I made it all the way up to sixth and hung there. I’m happy with how I rode tonight.”

This rookie match is intriguing, because we’ve seen the lot of these riders—Anderson, Seely, Dean Wilson, and Blake Baggett—battle each other before on 250s. At one time, Wilson was tabbed as the next big thing, but his last few years have been tough, coinciding with a rise from Anderson and Seely.

Injuries led to Wilson’s undoing at first, but now arm pump has been the latest culprit. He went backwards badly last weekend in Phoenix, but Anaheim 2 was a step in the right direction—forward. He was tenth in the first lap and finished eighth. A week ago in Phoenix, he faded all the way back to seventeenth.

I spoke to Roger DeCoster, Wilson’s team manager, about the arm pump. “I feel like when everything is healthy, you don’t get it,” Roger said. “Lately Dean has been working with a new trainer, someone who has a real educational background in the field—he came to us from Red Bull’s performance program—and he’s identified some things. We think it will help.”

Wilson only hooked on with the new trainer a few weeks before the season opener, so it might be a while before we can truly judge the impact. He’s already learned about some food allergies and is adjusting his diet in accordance. For certain, his eighth in Anaheim was a better performance than the first two races.

A week ago, Blake Baggett said it was time to “pull the trigger” on his Yoshimura Suzuki. That’s exactly what he did in the main event, starting fourteenth but riding into that thick pack toward the front. By the second half of the race, he was up to sixth and battling RCH/Soaring Eagle/Jimmy John’s Suzuki’s Broc Tickle for an impressive fifth.

The trigger was pulled, but the aim was off.  “I worked my way up and just made a mistake on lap thirteen,” explained Baggett in a team statement. “I tried to pass Tickle in the whoops and ended up getting into the Tuff blocks and just went down, then I had to regroup.”

The crash looked pretty bad, but Baggett dusted himself off and worked his way back to tenth, his best 450SX finish yet.

“By all means we were definitely better than we have been and it’s only round three,” Baggett said.