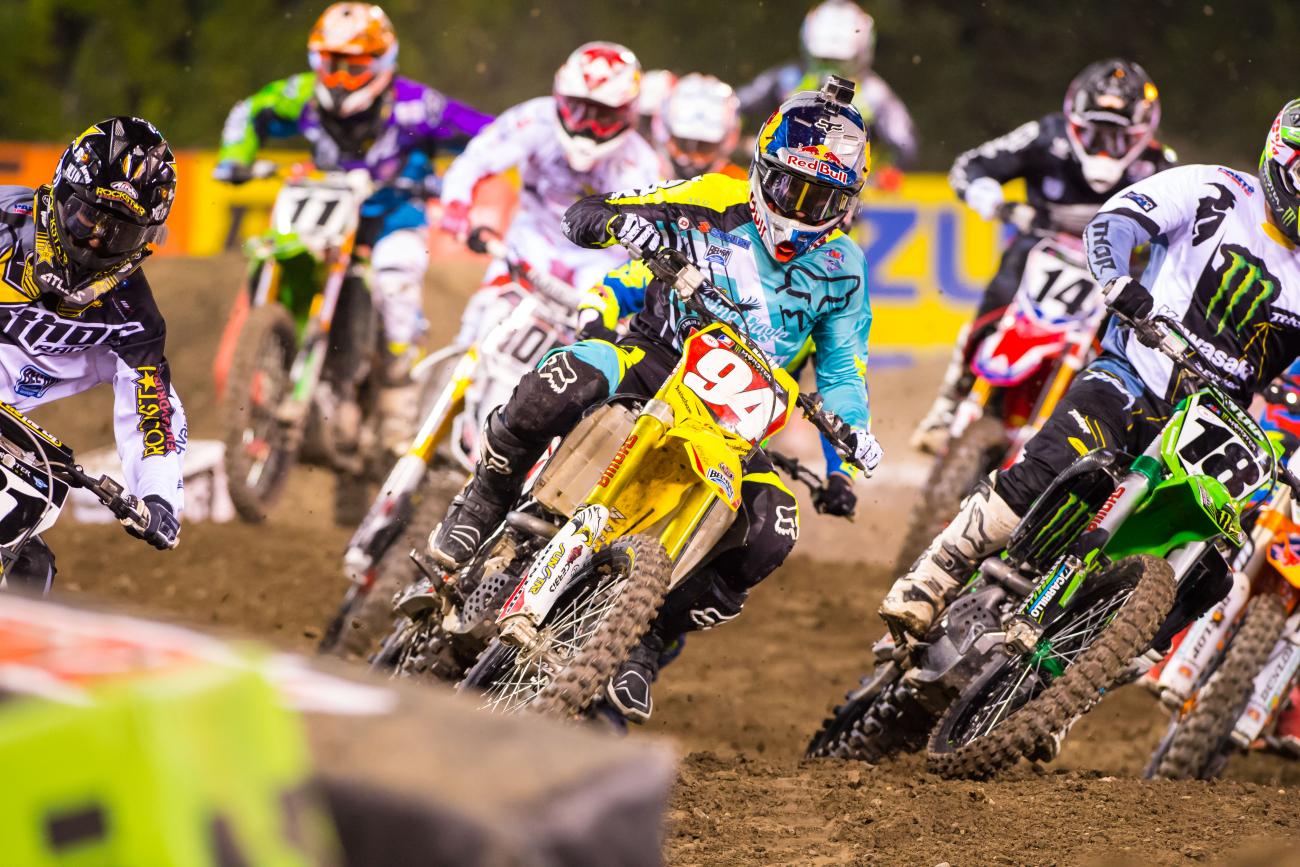 Ken Roczen is on quite a roll. He’s won two out of three races and has been as about as solid as anyone could hope to be. At the first round, he made it look very easy, grabbing the lead early, and there was simply no one around to challenge him. At Phoenix, Eli Tomac was on a mission, and instead of any sort of panic, Roczen just took the second place and moved on. He put up a fight, but he didn’t take any unnecessary risks, because he wasn’t the fastest guy that night. At Anaheim 3, he used a technique that I had seen perfected by his old training partner, Ryan Villopoto.

The key to Roczen’s relatively uneventful win was in his early pace. In the opening few laps, he came out swinging. He put time into everyone on the track, but more importantly, he pulled a gap on the other two riders who would challenge him for the top spot, Ryan Dungey and Eli Tomac. For the remainder of the race, the lap times were very close. In fact, Ryan Dungey even closed the gap until he wasn’t able to do the triple on lap fourteen.

Roczen won this race in the early laps. Whether or not this is something that he learned from RV last year or if Aldon Baker stresses this tactic is a mystery. The fact that he utilized it to defeat the exact same opponent in Ryan Dungey that Villopoto did isn’t a mystery. When two riders are very close in speed, any sort of gap can be too much to overcome. Looking at the lap times, it’s easy to see where Roczen secured his lead.

As you can see, Roczen made his move in the first couple of laps and gained valuable time. By lap four, Dungey had found his groove and locked onto the pace. Eli Tomac was one lap behind Dungey, finding his pace by lap five. The damage was done by then, however, as Roczen had a four-second lead on Dungey and seven-second lead on Tomac. The lap times stayed fairly even throughout the rest of the race, with riders trading off better laps. Roczen’s early pace made the difference.

For the past few years, Ryan Villopoto used this early lap speed to haunt Ryan Dungey both indoors and out. If Ken Roczen can make this his calling card in a similar manner, it may be more of the same for the next few years as well. Roczen is simply too fast to reel in from behind and too smart to toss away a lead. This title isn’t even one-fifth of the way finished, but patterns are beginning to emerge nonetheless. Nuances like this are the “race within the race.” When riders are so close to equal, this can be the championship difference.