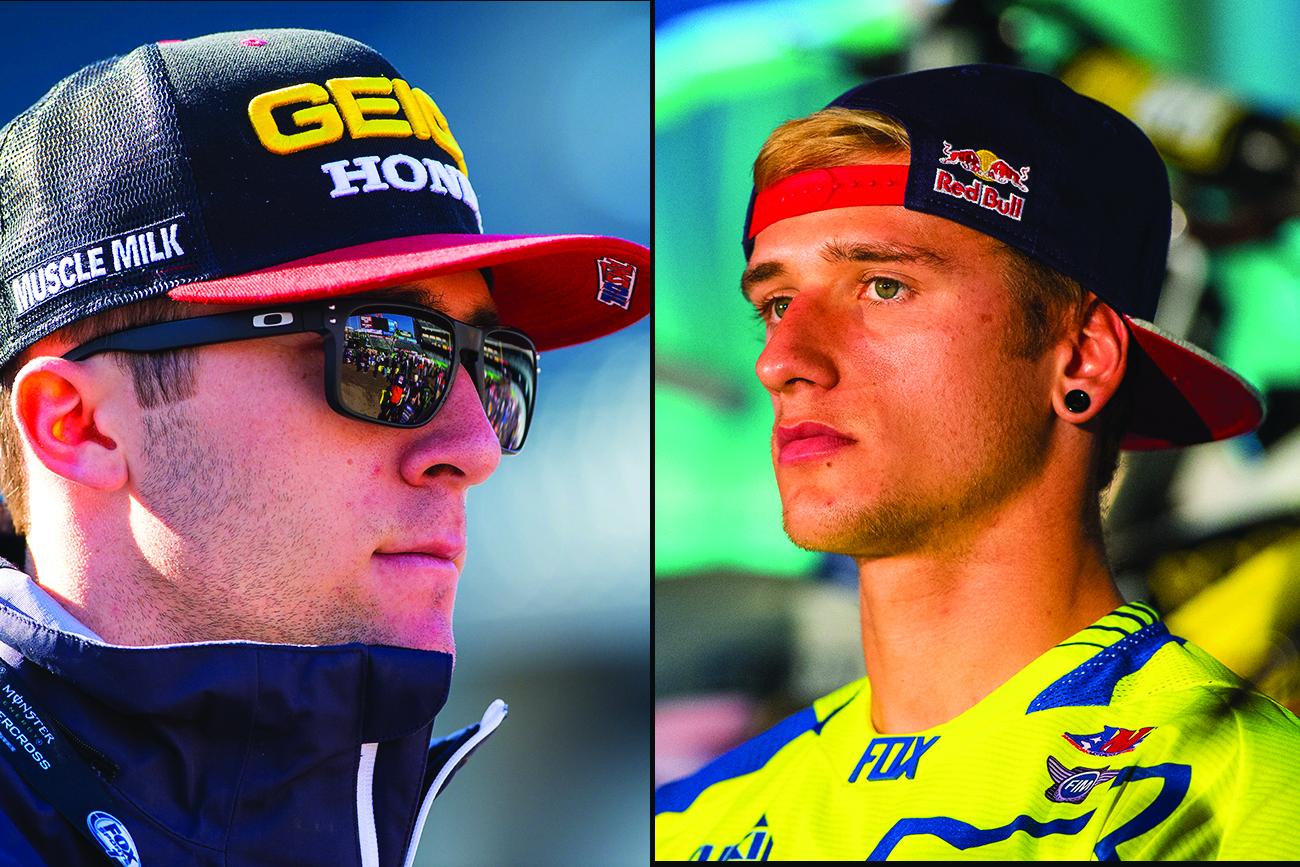 Things changed in a hurry at the 2010 Phoenix Supercross. James Stewart and Chad Reed were the dominant forces of the sport, having captured the last three Monster Energy AMA Supercross, an FIM World Championship, titles, and fourteen of seventeen races the previous year. They both left Phoenix with broken bones, while new challengers Ryan Dungey, Ryan Villopoto, and Josh Hill swept the podium.

The night would turn out as a bellwether. The old guard would certainly rear up and contend at times, but the span of 2010-2014 was the Ryan Era, as Villopoto and Dungey captured every 450SX Championship and 450 National Motocross Championship except one—the last one, when young Ken Roczen managed to topple Dungey last August.

Now Villopoto is gone from these championships altogether, and Phoenix might have just previewed the future, again. It would only make sense. Anaheim 1 never really follows or creates a real path for the season. It’s just too nervy, too different, and too odd to create anything sustainable. At Phoenix, the riders are much more calm, and the results much more realistic as to what comes next. I’ve always said that round three provides the best racing of all, but round two isn’t far off, and this Eli Tomac/Ken Roczen battle could be the stuff of the future.

It’s practically the stuff of the present. The Reed/Stewart rivalry is without question the best this sport has ever seen, as no other tandem will ever match it for drama. There were a good dozen high profile incidents between the two that go well beyond simply finishing 1-2 on the track. Dungey and Villopoto didn’t have the personalities for that, and I don’t think Roczen and Tomac do, either. However, on the track they’ve already set up quite a story.

Consider that, as good as the Reed/Stewart rivalry was (is?), the noobs have actually chased each other through more diverse terrain. The majority of the Stew/Reed stuff happened in the premier class of supercross. Yes, there was a 125 Class incident outdoors at Unadilla, but that’s about it. Reed rarely challenged Stewart in motocross, and they also each spent a few years on supercross-only deals. Tomac and Roczen have clashed throughout: they battled for the 2013 250SX West Region Supercross Championship, the 2013 250 Class Motocross Championship, and even brought it all the way to Europe for the 2013 Motocross of Nations. Reed and Stewart hail from different countries, but they never squared off in circumstances like that. (Can you imagine Stewart challenging Reed for a MXoN moto win in Australia? The world might have exploded.)

If things go like I think they will with Tomac and Roczen, that second 2013 ‘Nations moto could be legendary. There they were, all of about 20 years old, running away from the rest of the world while on 250Fs. Roczen had come to America to capture titles and wins that could have been solely Tomac’s, but for one weekend Tomac chased Roczen all the way home to Germany, and they clashed until the checkered flag. A decade from now, someone is going use 2025’s cool social media sharing app to send out a link to watch that moto. We’ll shake our heads. (Do it today if you want—go to 2:40.)

(BTW, by 2025 there will surely have been a cool hashtag nickname for these battles, because that’s what we do these days. May I suggest #ToRoc #RocMac #ToZen #MacZen #KenEli or something like that?)

Last year was a washout due to Tomac’s injuries, but they got back into it with a few late outdoor battles. It’s back on this year. In these first two races in the Monster Energy AMA Supercross,,they’ve gone 1-2 in overall practice laps both times. Tomac has been fastest overall in practice at both races, and also dominated both of his heat races and was clearly the man in Phoenix—his Anaheim 1 gaffes are clouding his threat of dominance. The Tomac threat is real, if not yet clear. Meanwhile, Kenny’s assault is obvious, as he’s leading the points. So far, they have been the only real challengers for each other.

Admittedly, it’s very early. There are fans, relatives, and employers of other riders that won’t believe that the Tomac/Roczen rivalry is about to be the next great thing, the next Stewart/Reed, Emig/McGrath, Johnson/Ward, or Stanton/Bayle. Yes, there are others that can get in on this, but this sport has a strange way of funneling down to just a few. We’ve seen lots of great races and moments from a lot of different people over the last few years. But it was always Villopoto or Dungey holding the #1 plate in the end. Is it really going to be someone other than Tomac or Roczen this year? It seems premature to ask such a thing, but trends are usually underway long before we notice. Someday we might look back at Phoenix 2015 as the start of it all, even though this rivalry has been building for years.