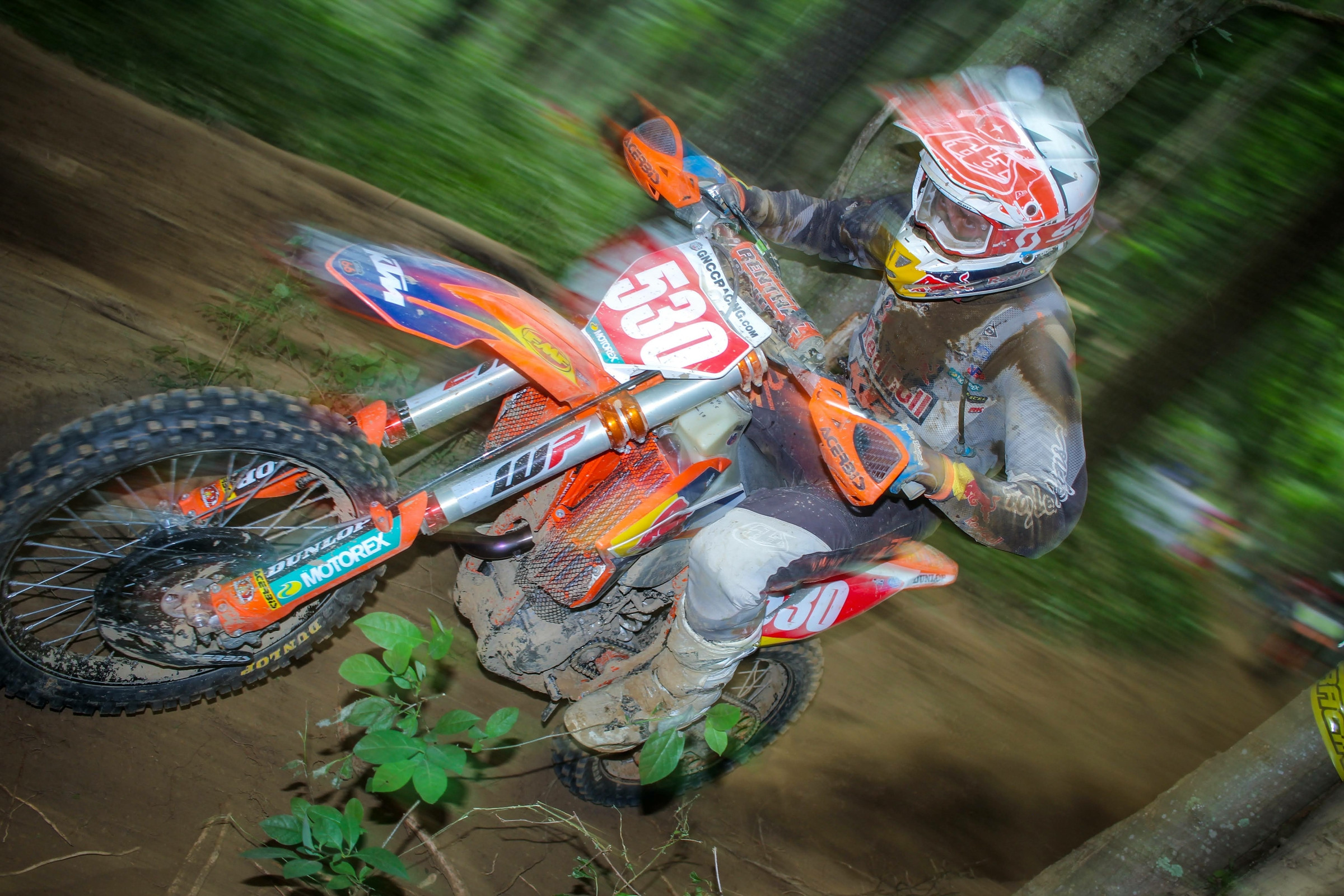 The 2021 GNCC Racing season is set to kick off this weekend with the Big Buck GNCC in Union, South Carolina. With some big changes coming within the forefront of the XC1 and XC2 classes, the 2021 season is already shaping up to be one of the most exciting in the history of the series. For this year’s preview, it only seems fitting to start at the top of the 2020 GNCC overall standings and work through each rider with their respective updates, changes, and more information heading into the 2021 season.

Yup, end of an era, as 2020 marked Russell’s final season of professional GNCC competition. KR has now helps train the KTM Group riders (KTM, Husqvarna and GasGas) out of his Ranch Russell compound in Florida, and as the season progresses they’ll transition to Ranch Russell’s second location near his North Carolina home. It’s extremely likely that you will not see KR line up for a single GNCC event in 2021, but he still has some racing plans for 2021 that will come together soon enough. 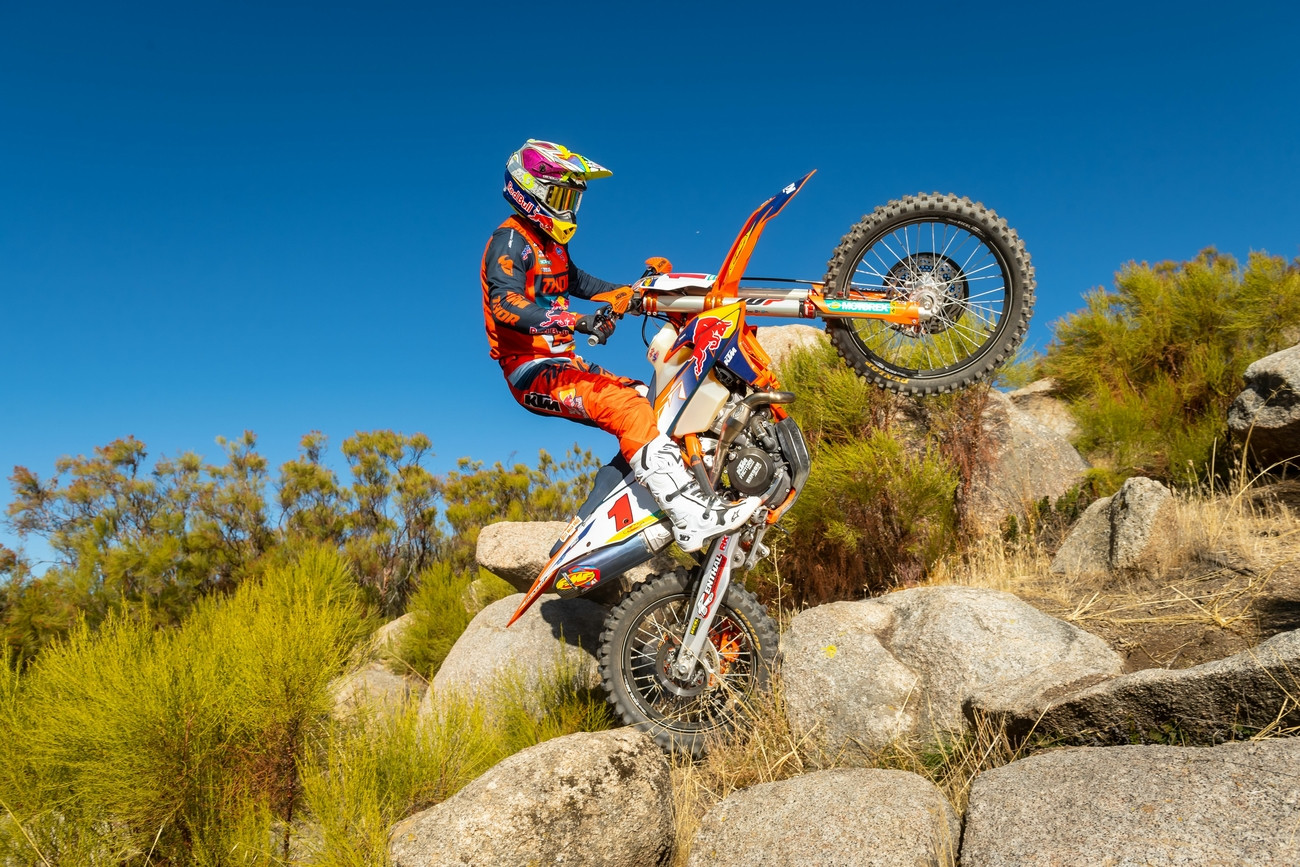 Prior to the beginning of the 2020 season, FMF KTM Factory Racing’s Kailub Russell announced that it would be his final season of full-time GNCC competition. What does 2021 look like for KR557?

Josh seems to age like a fine wine. He won the 2010 GNCC championship, rode well again 2011, then Suzuki suspended their off-road effort, which left Strang without a GNCC ride for 2012. He raced West Coast events in 2012 and came back to GNCC in 2013 and has been grinding ever since. Strang seemed to hang around the top five, but just out of race win and podium contention for a few seasons and then came back swinging in 2020. He won two rounds and finished the season second place in points. This puts a lot of eyes on him in 2021 and for historical purposes, a second title 11 years after his first would be astounding! Undoubtedly Strang will be strong once again and should be fighting for another title.

While Ashburn only landed on the podium one time in 2020, he was one of the most consistent riders in the series with seven top-five overalls in 13 rounds and a top-ten at every race. Ashburn will have a new look for 2021 as he now makes the switch to the Magna1 Motorsports Husqvarna team after spending the last two seasons on board a Monster Energy/Babbitt’s Kawasaki. The switch could be a boost for Jordan as some of his best finishes of the last several seasons came aboard a Westfield Powersports backed KTM in 2016. Jordan has been extremely fast in the early stages of many races but has faded ever so slightly in the final hour. A few tweaks and adjustments over the winter could be a huge boost and 2021 could very well be Ashburn’s best season ever.

This guy arguably made the biggest statement of anyone in 2020. After spending his entire life on KTMs, Stu made a switch to Sherco motorcycles in early 2020. In his third (and final) GNCC event aboard the brand, he just barely lost the overall win at The General GNCC. Baylor ended up parting ways with Sherco and suffered through some serious knee issues. That left Steward on the sidelines when the GNCC series resumed in May. When the series picked back up after its annual summer break, Baylor showed up on a Yamaha with a bit of support from the AmPro Yamaha folks. He ended up winning his first race back…and the second…and the third… He finished second in the penultimate round at Ironman, and won the final round in West Virginia. Four wins in five rounds and has set Stu up as a favorite rolling into 2021. However, it won’t come easy. Stu gashed his back open at the Sumter National Enduro less than two weeks ago, and also said he’s suffering through Epstein Barr as well. Of course, if anyone is gutsy enough to fight through these issues, it’s Steward Baylor.

After numerous seasons as one of the most consistent riders in the XC2 class, but just narrowly missing out on titles, Delong finally claimed the XC2 class title in 2020. He’s set to defend that title again in 2021, but he has some seriously strong competition once again. The XC2 title came all the way down to the final round in 2020, and this season will probably produce more of the same.

After wrapping up his second XC2 class title with three rounds left in 2019, Ben Kelley moved into the XC1 ranks and won two of his first three XC1 races he entered! That led to big hype for his rookie XC1 season last year, but unfortunately a shoulder injury kept him out of the first few races. When he made his return at round six he landed on the podium in third. He followed that with two fourths before landing on the podium at the final five rounds, including four second place finishes and one third. A healthy Ben Kelley for 2021 could play spoiler to the other guys at the front of the pack and this season may very well be a changing of the guard as Kelley makes a bid for the title.

Mike had the best season of his career in 2020, winning three rounds in the XC2 class and ending the season second in XC2. Again, it was one of the tightest XC2 class title hunts in history, and 2021 promises to produce the same kind of racing, with the same players back once again. Witkowski has the motivation to find that little bit extra he needs to step up and take the XC2 title in 2021.

Just like his older brother, Steward, Grant Baylor moved to the FactoryONE Sherco squad in 2020 and Grant gave the brand its first-ever National title in U.S. racing by claiming the AMA National Enduro championship. On the GNCC side, Grant had some impressive rides and landed three podium finishes. Unfortunately some mechanical issues hampered his year-end results and pushed him to eighth in the final season standings. For 2021, Grant has made a switch yet again and this time he’ll be on a GasGas as part of the KLM GasGas squad.

The third rider in the three-way XC2 championship battle last season was Johnny Girroir, who was part of the Trail Jesters KTM support squad. Johnny is one of those super-fast New England “rippas” who made a name for himself claiming the JDay Offroad title before turning his focus to GNCC full-time. He took with five XC2 wins and had a clear shot at the title, but he also suffered a pretty bad concussion at Ironman, which kept him out of the final event of the season. Heartbreaker. Regardless, much like Mike Witkowski, Johnny now knows what he needs to do to work towards an XC2 title. Johnny has also made the move to the Coastal GasGas Factory Racing squad, which just might be the extra little boost he needs.

Cody really flew under the radar in 2020, consistently finishing inside the top five of the XC2 class but also grabbing three podium. This year is a big change for Cody as he switched from a Factory Beta to the Phoenix Honda team. The change from the Beta 250 2-stroke to a Honda CRF250 could be just the sort of tweak that Cody has been looking for.

Twenty-twenty was also unique as it left a number of guys outside of the top ten. AmPro Yamaha’s Layne Michael had some flashes of serious speed but a few issues and injuries made a big impact on his results. This could serve as motivation to improve in 2021 and begin contending for XC1 podiums or wins. Liam Draper and Ryder Lafferty also had their fair share of great rides in the XC2 class, but they also had some issues of their own that ended up keeping them out of title contention. With more experience, they could become title contenders.

Josh Toth has suffered through a string of injuries, but has put together some great races and nearly won the final GNCC before summer break in 2020. Unfortunately, Toth hurt his hand injury just a few weeks ago and just had surgery. It sounds as if he may still give the opening rounds a go and try to score valuable points, but hopefully we seem him back to his full potential soon.

Thad Duvall, a long-time title contender and Russell’s biggest rival over the last few seasons, missed most of the 2020 season due to a torn ACL. When he did return late in the season he didn’t exactly set the world on fire. However, this may have been a smart move on Thad’s part. He didn’t push himself right away. Now he’s been training with Kailub this winter. After serving as Kailub’s toughest competition for several seasons, the extra edge from working with Kailub just may possibly result in the best “bad Thad” we’ve ever seen.

Then we have Ricky Russell. While battling with Kailub Russell (no relation) for the race win in Georgia last year, Ricky suffered a horrendous injury in. He severed his femoral artery, could have bled out and could have lost his leg. Ricky was extremely lucky and some nine months after that injury he’s back to 100 percent and ready to kick off the 2021 season. Ricky also has a bit of a change this season. After riding a Husqvarna with the Coastal Racing folks in 2020, the team has become the GasGas Factory team for 2021, so this puts Ricky on a different color. Keep an eye on this guy as well because he just may step up and challenge everyone.