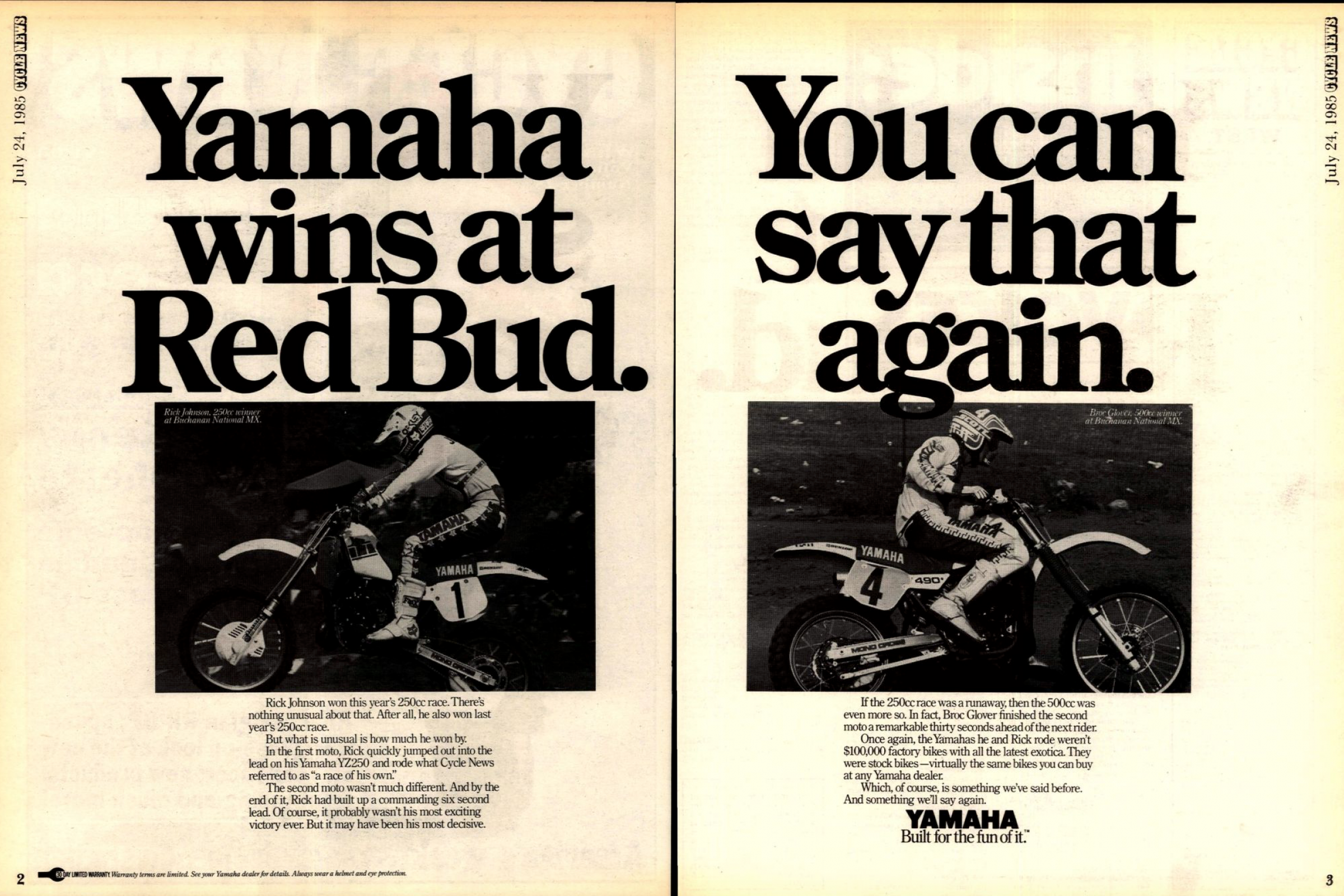 On This Day in Moto July 7

In the 125 Class, defending champion Steve Lamson of Team Honda topped a pair of young Suzuki riders in Tim Ferry and Ezra Lusk in the overall tally.

The second Superbowl of Motocross took place in the Los Angeles Coliseum and the winner was the same rider as the first one, Marty Tripes, now 17 years old and riding a Honda Elsinore CR250M. The race counted as an AMA 250 National, and Tripes topped visiting Bultaco rider Jim Pomeroy (who was racing the FIM 250 Grand Prix series in Europe that year) and Husqvarna riders Bob Grossi and the late Jim West.

Team Honda's Ricky Carmichael kept on rolling towards his first of three undefeated motocross seasons, as well as his first of two perfect 24-0 moto seasons, with a RedBud sweep on his CR250. Teammate Nathan Ramsey ended up second overall on the CRF450 thumper and Kawasaki KX250 rider Ezra Lusk was third.

Finally, another RedBud class, this time from 1991, with a three-way battle for the win between Yamaha's Damon Bradshaw and Honda's embattled teammates Jeff Stanton and Jean-Michel Bayle.