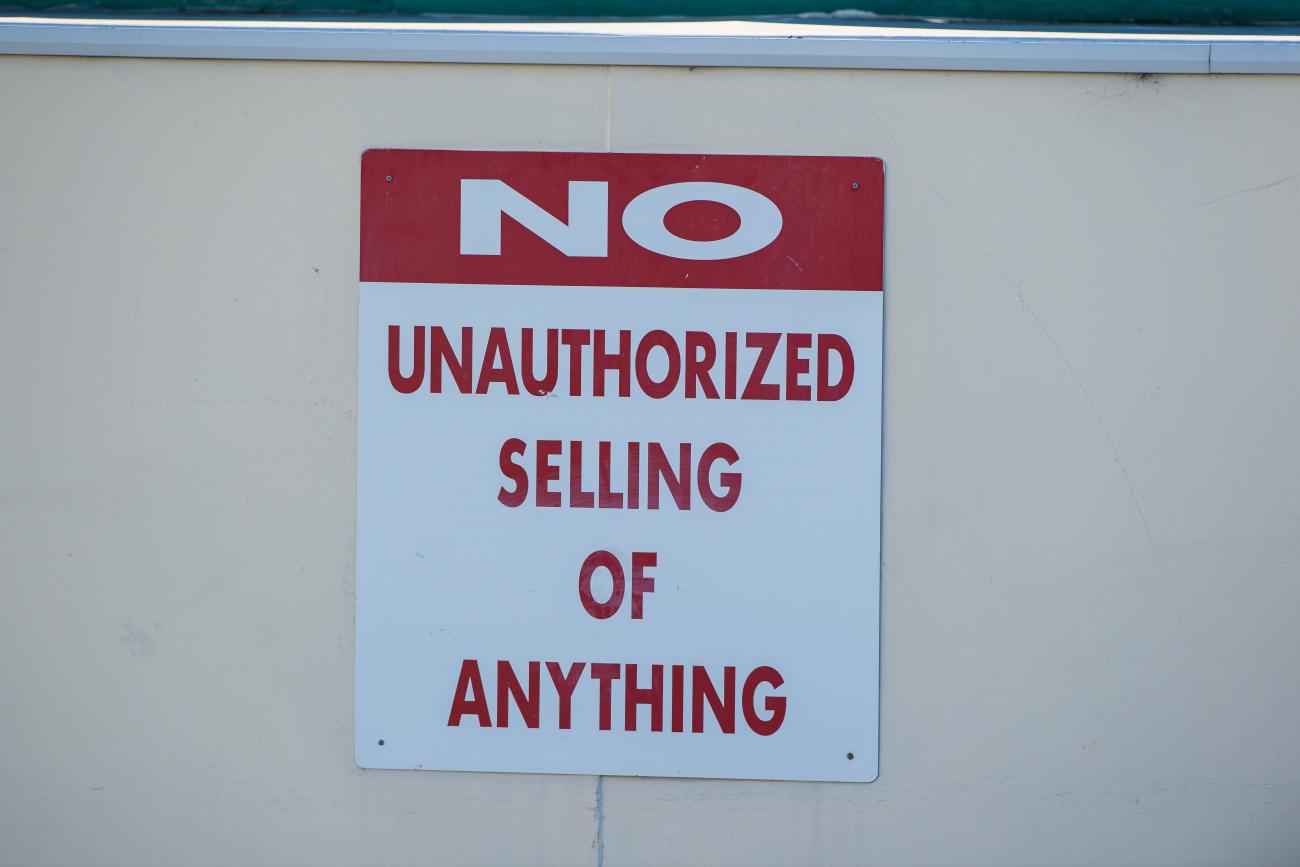 Holding it down for the little guys... Props to alexmartin_31 on a solid ride last night! http://t.co/I36CXqn1GK

@Stewart_32 why you gotta say that? Man you got me in tears. No one earned that but you. We're all just here to help! And I'm coming back!!

MVP of next weekend will be @Swanie387 if both Tyler & Cooper make it through the week without killing each other.

Someone call 9-1-1! We got ourselves a HIT AND RUN! No stopping @cooperwebb_17 from this championship fight! Huge congrats to @alexmartin_31 working his way up to the podium #FightToTheEnd #FMFPower #SX

The guys at Dirt Wurx catch a lot of grief for their perceived inefficiencies (sometimes valid, sometimes not) in designing the tracks for Monster Energy Supercross. So when they do something cool and innovative, we should point that out as well. The sand section at Oakland was one of the best features on the track, in my opinion. Other than providing a unique look, it also led to some killer shots from Simon Cudby in practice.

Last week, GoPro announced a deal with the National Hockey League—the company's first deal with a major professional sports league—that will bring live broadcasts to the game. The NHL debuted footage last weekend during the All-Star Skill Competition (which you can view below), but according to The Verge, GoPro will likely have a smaller role during regular season games. Check out The Verge for more details on the deal.

The Ripkens are royalty in the city of Baltimore. Cal Ripken, Sr. spent thirty-six years in the Orioles (Baltimore’s MLB team) organization as a player, scout, coach, and manager. And his son, Cal Ripken, Jr., nicknamed “Iron Man”, played for the Orioles for twenty-one seasons, winning two MVP awards and breaking Lou Gehrig’s record for consecutive games played. Dave McKenna over at Deadspin has the bizarre story of the 2012 kidnapping of Violet Ripken, Cal Jr.’s mother. In July of 2012, she was kidnapped at gunpoint but was found, unharmed, a day later. Nearly three years later, the case is still unsolved. It’s worth your time. From McKenna:

For a time, every state and local law enforcement agency in the area, plus the FBI, jumped in to find the man who Violet Ripken said had snatched her from her home and taken her on a 23-hour jaunt around the area. Every local and national news organization reported on the search for a camo-wearing armed assailant. Billboards were put up on all the main highways. Even John Walsh of America's Most Wanted jumped in to hype the manhunt, touting the bounty available to anyone simply willing to "drop a dime" on the "dirtbag" who'd done the deed.

But after all that ... nothing. The case seemingly vanished, unresolved.

"I've been here a year, and this is the first time anybody's asked me about it," says Amy Thoreson, spokesperson for the Baltimore FBI office.

The abduction case is all Divel's now. The FBI, like all the other agencies that were once working with the Aberdeen police to crack the caper, now directs inquiries to his office. Divel is beyond stingy with details of what the police know or think they know about the crime, and refuses to release any reports or video evidence related to the crime beyond what was already released more than two years ago. His favorite phrase when discussing the case with media for the last two years has been some form of, "I can't answer that, since this is an active investigation." That active status could be changing soon.

Check out the full story over on Deadspin.

Porsche driver Andy Lally had a bizarre accident at the Rolex 24 at Daytona International Speedway on Sunday. According to USA Today Sports, Lally ran over an opossum around 5 a.m., but didn’t realize it until the crew members found the deceased animal in the front-mounted truck around 9 a.m. “They’ve posthumously named the opossum ‘Ballast,’” Lally tweeted. “Sad but I think we should put him back in to take the checker.”

This broke through the splitter & tub and then into the front of the car.. By the way we are out of the race pic.twitter.com/2b6UpcUdyC

Last week, Fox Sports 1 ran a profile on Ryan Dungey during the Oakland broadcast. I thought it was very well put together and important for a number of reasons. Most importantly, unlike some past profiles, it wasn’t unicorns and rainbows. They asked Dungey tough, but important, questions. (And kudos to Dungey as well for answering honestly.) Fans deserve these types of profiles, and I for one am glad Fox Sports 1 and Feld delivered.

Here are some of the highlights, or you can check out the entire thing below.

On his aggression: “Intensity and aggression are two separate things. Aggression’s there; it’s just the intensity in the racing is what I need to bring.”

If you follow Jason Lawrence, the much maligned 2008 West Region 250SX Champion, on Instagram, you know he’s been riding a lot lately. Recently Jason got back to racing down in Florida and Dave Nelson and his cameraman Ferdinand, caught up with the former star. Late in the video, Jason, never one to hold back, said something very interesting: “I never really tried to put a plan in action to race at all since I stopped in 2010 or something like that… What I look forward to down here [Florida] is getting up with Chad [Reed] and little bit; riding with Reed and some fast people and really seeing what’s up. And then if I feel like I can go fast enough, I’ll be for it. I’ll go out there and have fun.” It’ll be interesting to see if Lawrence, who hasn’t raced since 2010, tries to make a comeback—ala Nico Izzi this year. Either way, it’s cool to see him riding again. Check out the full video below.

Ryan Dungey is now working with Aldon Baker...is he hitting another level? If Dungey, instead of Ryan Villopoto, had locked in Baker at the end of 2010, would the career paths of the two riders be different? Did Kenny Roczen just show a vulnerable side, or was he just one small mistake away from three wins in four races? Is Eli Tomac riding smart, or has he lost the edge we saw in Phoenix? Did Chad Reed just ride better when he's pissed off, or will he be a podium guy for the rest of the year? Is Justin Barcia struggling, or just struggling with starts? What's up with Davi Millsaps? Isn't bench racing awesome?

Red Bull reached a milestone this week: one billion views on their YouTube page. And it only took the energy drink giant six years to do so. “It would take you 31 years to count to one billion...we did it in 6. Thank you to all the procrastinators, the inspiration hunters, the travelers, the motivators, the trolls, the thrill seekers, and most importantly YOU. Seriously, if you are actually reading YouTube descriptions odds are you are a pretty amazing supporter. So to that, kick back and crack open a cold Red Bull. Here's to the next billion...Bieber, we're comin' for you,” they wrote on their YouTube page. Check out the video they made to celebrate the achievement.

Every so often, we bring in Steve Matthes, or Moser (of "Just Short" fame) when Matthes is crying away another Maple Leafs loss, to shine some light on one of his many great podcasts done over the years. I guess the Leafs actually won a game recently (just checked, they’ve lost six straight), because Matthes actually sent this one in himself. Take it away, Steve.

With DC going out to the desert recently to visit Rick "Super Hunky" Sieman, the former editor of Dirt Bike magazine for so many years, I thought that a classic pod from him would be appropriate. Come to think of it, I think it was DC who got me the contact for The Hunk. I remember emailing him and having to describe what a podcast was and the rest was easy. Once I got him on the phone he was great, we could have gone on and on about different topics in the sport. The funny thing was although he hadn't been around the races in years, you could tell he still followed it.

Sit back and listen in as Super Hunky tells us how it was...