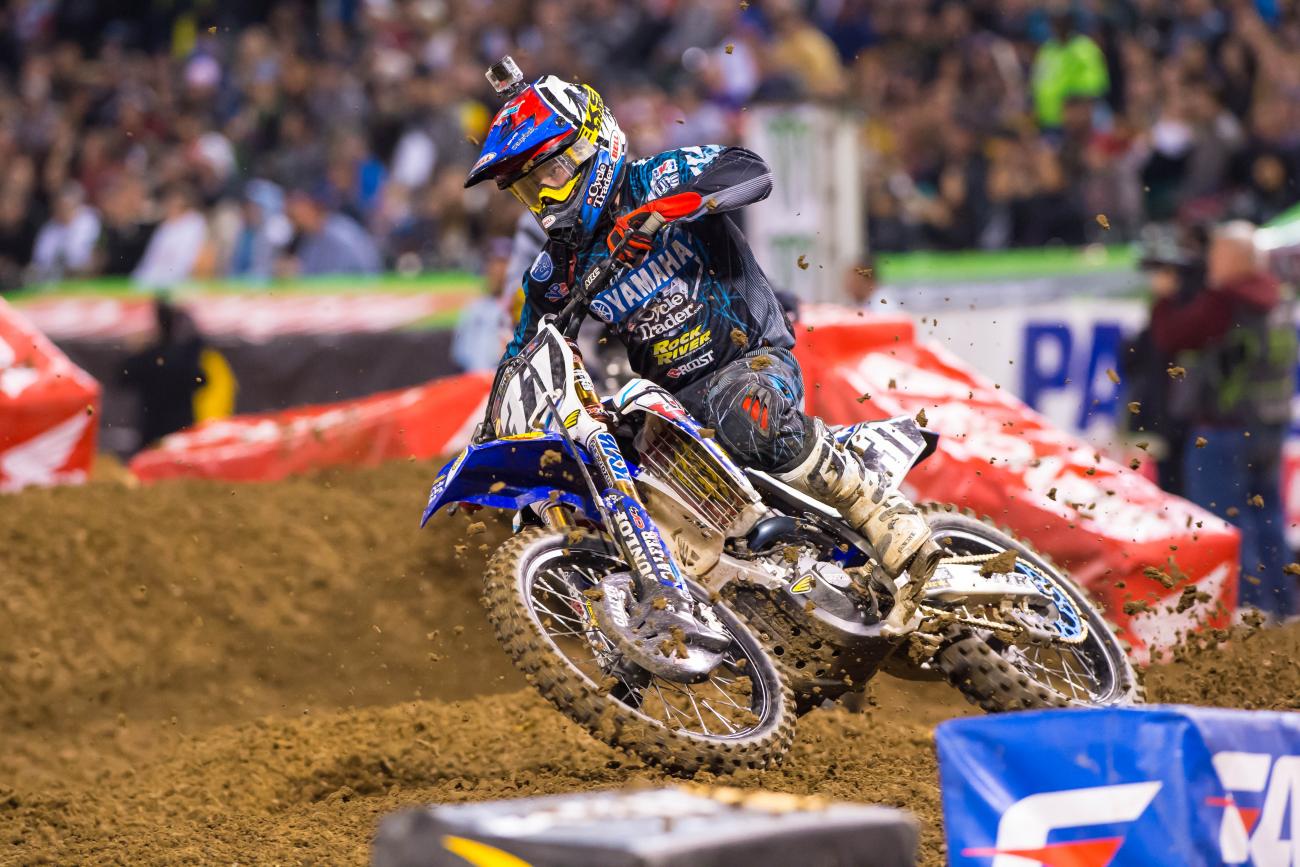 Because of the competitiveness, sports naturally invite polarizing opinions. It’s my team against yours, your guy against my guy. You’re seeing that polarization in the 250SX Class already with Cooper Webb and Tyler Bowers, who produced two incidents and 1,000 opinions in the last two weeks. Occasionally, though, something happens that pulls everyone together under one thought. Is there anyone not pumped that Alex Martin just snagged his first-ever supercross podium on Saturday night in Oakland?

“It feels amazing,” Martin told us after the race. “I’ve been working hard for many, many years, grinding away and sometimes kind of questioning why I do this whole thing. To get up on the podium on the West Coast supercross series, it’s an awesome feeling. It felt like a dream.”

A-Mart didn’t just luck into this one, either. He was fast, keeping the race leader, Malcolm Stewart, in sight most of the way. He’s been notably faster this year at most of the races, including solid laps at Anaheim 1. No doubt all of his years of hard work are paying off.

Alex is the very definition of underdog, and that makes him a guy everyone can root for. Short in stature but big in heart, A-Mart is known for working tirelessly but quietly at his trade, and his best results seem to come on tracks that require the most strength, endurance, and will. Since turning professional in 2008, he’s garnered one podium finish in a moto, at the notoriously rough Southwick National in 2011. That day, though, 10-3 scores left him tantalizingly close to the overall podium, in fourth overall.

All of those riders were amateur standouts and came to their first pro events riding factory equipment. A-Mart has always been close to that line, usually getting some support, but never the full deal. The last few years, he has been with CycleTrader.com/Rock River Yamaha—which acts as a bridge between Yamaha’s amateur and pro support riders and its actual factory men. With Rock River, A-Mart’s not quite the traditional privateer, but also not a full-factory star like those on Yamalube/Star Racing Yamaha.

Of course you know who rides for that team: Jeremy Martin. Alex’s younger brother has already won a 250 National Motocross Championship, but this time Alex had a chance to shine. Couldn’t have happened to a nicer guy, too, as Alex is always ready to lend a smile and a laugh.

Hmm, the other brother, one always ready to share a smile and a laugh, finally got his chance to step out of the shadows, and everyone was happy for him. Sounds kind of like the race winner, too. Oakland was definitely a night for the underdogs.