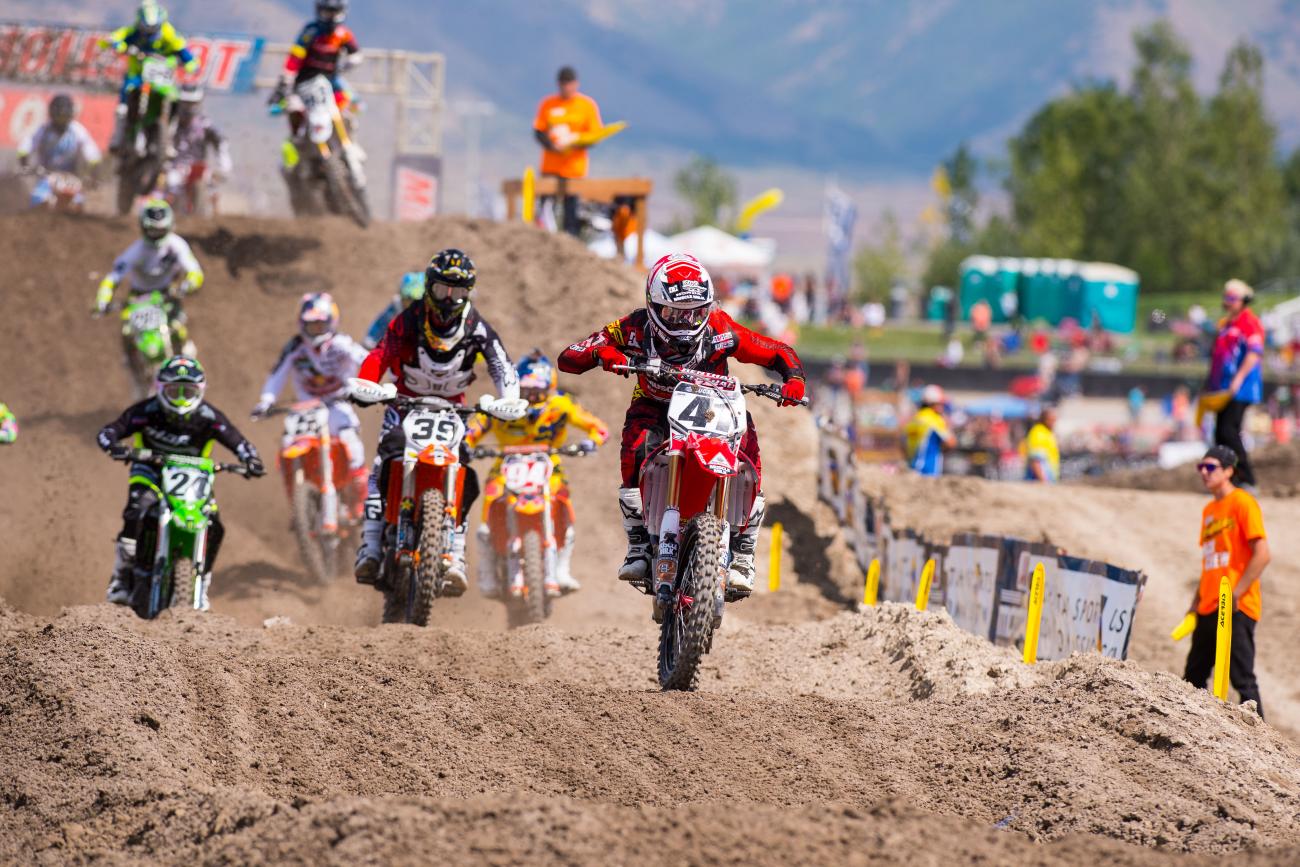 Some riders win so often that it becomes routine, and some win so rarely that it’s epic. Trey Canard fits both categories. He’s certainly no stranger to wins and championships, but his wins are never routine. His highs usually come off the bounce of a low, and unfortunately the next dip in the road never ends up too far away.

Right now he’s back on top, and everyone hopes it will stay that way for a bit—he’s been through enough already! Here are some of the biggest wins in Trey’s career.

Loretta Lynn’s B classes 2006: A Team Green kid, Trey was always a good amateur rider, but never a superstar, until his first foray in the B class. He won a bunch at his home race in Ponca City and carried that confidence into Loretta Lynn’s, where he snagged two B titles—the first of his Loretta’s career—and even took down all-time fast guy Austin Stroupe to do it. This put Trey on the map and led to a shot with Amsoil/Factory Connection Honda.

Loretta Lynn’s A classes 2007: The Factory Connection team had never really done an amateur deal before, but Trey proved they were smart by beating his rivals Stroupe and Nico Izzi to take his two A class titles. This not only set Trey up for a successful pro career, but established FC Honda (GEICO Honda, today) as the new powerhouse in the amateur ranks.

St. Louis Supercross 2008: After that early run, Ryan Villopoto got on his game and reeled in Trey for the Lites SX East Region points lead. A showdown loomed at the final round, and when RV got past Trey it looked to be over. But on the next lap, Canard fought back and…just watch.

Huge win, and the Lites East Region Championship in his first pro season to boot.

RedBud National 2010: Such early supercross success was tempered by a run of injuries, and Trey could never get to all the nationals, let alone win one. He almost won High Point in 2009, only to endo on a double and break his arm—ending his season. He finally won at RedBud in 2010. You know how they say one win can change a rider’s confidence? Trey went from zero national wins to winning five of the next six.

Steel City National 2010: The fifth win in that run came at Steel City. Trey had closed on Christophe Pourcel in the points, but Pourcel had been up and down at the races. They finally faced off in a wide-open battle in both motos, and Canard was clutch and came out on top in both. A week later, Pourcel crashed out of the Pala finale and Trey won the 250 National Championship.

Houston Supercross 2011: Canard’s run from spring 2010 through spring of 2011 is probably the best of his career thus far. He jumped on a 450 for the injured Andrew Short in 2010 and reeled off a bunch of supercross podiums. Then came his push to the 2010 250 National Championship, a spot on the victorious Motocross of Nations team at Thunder Valley, and a superb rookie 450SX season. On a wild night in Houston, Trey edged Ryan Dungey for the win. With this confidence boost, he’d win two more races and was firmly in title contention until he broke his femur during outdoor testing.

Utah National 2014: A broken femur was just the beginning. Then came a broken collarbone, a broken back after a horrific accident at the L.A. Supercross, and then a broken arm. Would he ever get back to his old form? He came close several times, but it wasn’t until last year’s season-ending national at Miller Motorsports Park that Trey finally notched an overall win. Ever since then, he’s been an absolute contender at every race he enters.