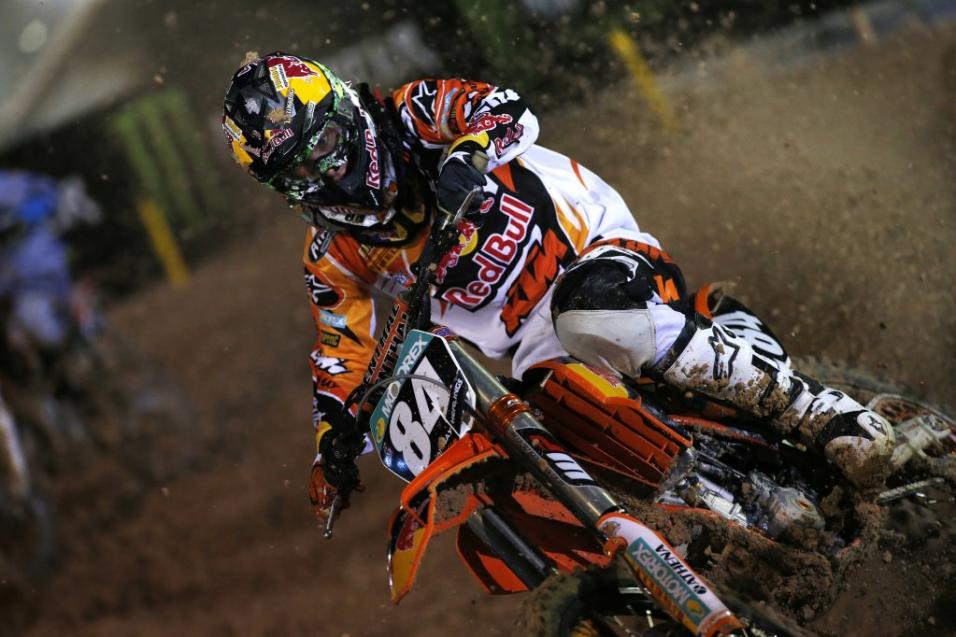 The 2013 FIM Motocross World Championship began in Qatar and there was a lot going on. From fairly insignificant aesthetic details such as the sight of a Grand Prix circuit without the distinct and reviled green fencing to rule changes like a new yellow flag regulation and a 108% qualification time rule to more newsworthy matters like the importance of Losail hosting the FIM series inaugural trip to the Middle East and for the first time under lights.

Plonked alongside the facts that Rockstar Energy Suzuki World MX1’s Clement Desalle won the MX1 class with a 1-2 run and Red Bull KTM’s Jeffrey Herlings began his title defence with a comprehensive 1-1 outing in MX2 was the ‘sore thumb’ that was Tony Cairoli’s victory in the new ‘Superfinal’. 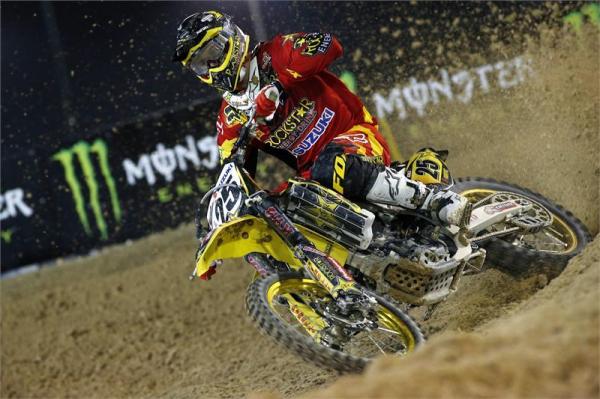 Clement Desalle won the opening round in Qatar on Saturday.
Suzuki photo

The moniker applies to the amalgamation of the top twenty classified of the MX1 and MX2 classes after the first two motos and a Last Chance Heat for the overseas events in 2013; so four in total with Qatar the guinea pig. The motivation? A trial for a new ‘packageable’ version of the sport that could be accommodated on a widespread basis in 2014 and the need to fill the gate with some European teams unable to consider all eighteen rounds of the longest ever GP campaign.

So, did it work? The thundering sight of 40 riders sweeping around the heavily rotivated and fast opening turn at Losail was truly awe-inspiring and certainly risky, although the MX2 entrants were given some concession by being allowed first pick from 1-20. Herlings was the standout but on a rough, but quick, layout seventh was the best he could manage against the bigger bikes as Cairoli forged a lonely path ahead, keen to atone for his poor start earlier in the day when he saw Desalle and teammate Ken De Dycker get away from him. The MX2 racers –- a young and exciting gaggle but one with no Grand Prix winners among them apart from the imperious Herlings -– were largely anonymous in the coverage and comments in the paddock afterwards ranged from frustration to bemusement with their lot among the bigger MX1 machines. Those gunning the 450s around, like CLS Monster Energy Kawasaki Pro Circuit’s Tommy Searle –- a rookie in the class this year and full of promise going by his excellent last lap charge and sixth place overall -– can’t have tried too hard to supress a grin. 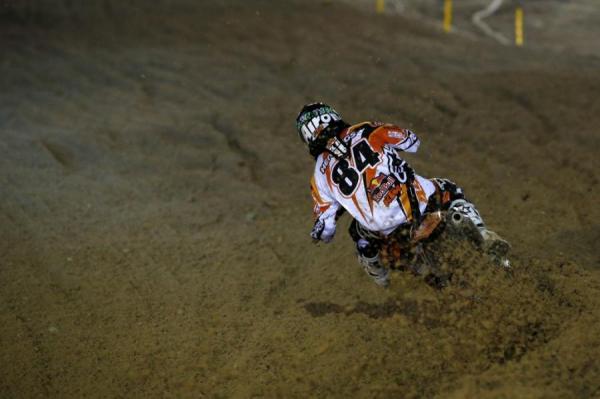 The Superfinal was also oddly placed, with the absence of an MX1 podium ceremony causing confusion as to who had actually won the Grand Prix between Cairoli and Desalle. Cairoli was the Superfinal victor yet Desalle had the red plate and the most points. The concept clearly needs a bit of tweaking in order to evolve and a big and bold move like this will require a different philosophy. It will have to rally against the forces that always resist change.

The Grand Prix of Thailand takes place next weekend, where the system will come into play again. There is precious few hours to effectively consider any major alterations but it will be interesting to see if Youthstream consider any feedback from the teams, riders and fans who watched at home in that short time scale. From the opinions voiced so far there is a vast disparity between those for and those against and it would seem mainly in favour of the latter. To be continued and all that.

Away from all the whys and wherefores this opening appointment served to illustrate that Cairoli is hitting the ground running and with a new three contract in his hand to remain a KTM works rider until 2016 MX2 team manager Stefan Everts might see the unthinkable and somebody actually getting near to his ten title record. Desalle was consistent and impressive and boy can those Suzukis get out of the gate but he had no match for the Sicilian when it came down to the duel for the Superfinal lead. Gautier Paulin was a livewire on the Kawasaki and even a big crash when he lost traction on a take-off after the first corner sweeper pitched him over the bars couldn’t dent his speed to 4-3. New Honda recruit Max Nagl was struck down by a mystery stomach bug but teammate Evgeny Bobryshev was another pretty consistent force throughout after having become a father for the first time only five days beforehand. 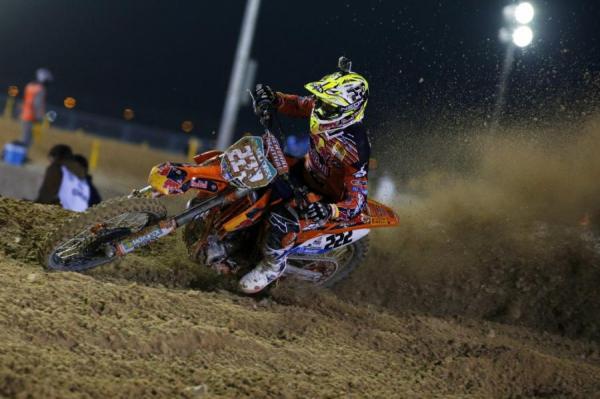 The second tier of the MX2 class involved names like Glen Coldenhoff, Christophe Charlier and Romain Febvre (the Frenchman in just his second MX season and already on the podium with third overall) but it was Dean Ferris who gave Australia their first GP silverware since Andrew McFarlane sprayed champagne for the same Steve Dixon-led Yamaha team in 2005. Ferris was regular with his speed and benefited from one of the fastest engines in the class to get out of the gate and forge his career highlight. A thought has to be spared for CLS’ Arnaud Tonus. The talented Swiss injury nightmare continues into another season as the leg he broke at Lommel for the Nations suffered another crack and he’s expected to be off the bike for at least a month.

Like MotoGP fans encountered back in the middle of the last decade Qatar can make for an easy target. It swaps traditional race atmosphere for spectacle and the growth potential for the sport is questionable for such a small population, although the country has started to establish itself as the sporting hub of the Persian Gulf. It’s a different and novel opportunity for motocross and it’s global reach (another step towards Asia). It’s just a shame that some of the furore about proceedings at Losail eventually overshadowed the effectiveness of the job done by the Qatar Federation. 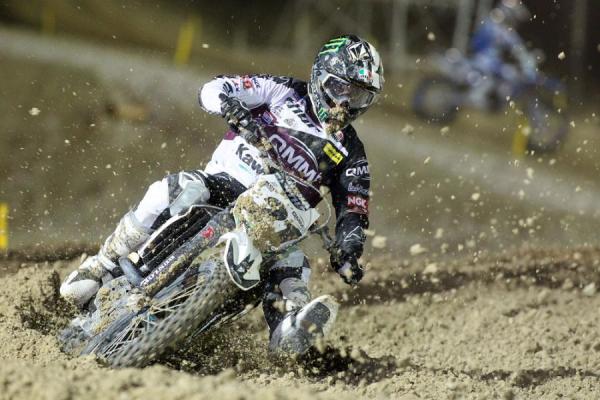 Gautier Paulin would round out the MX1 podium.
Pascal Haudiquert photo