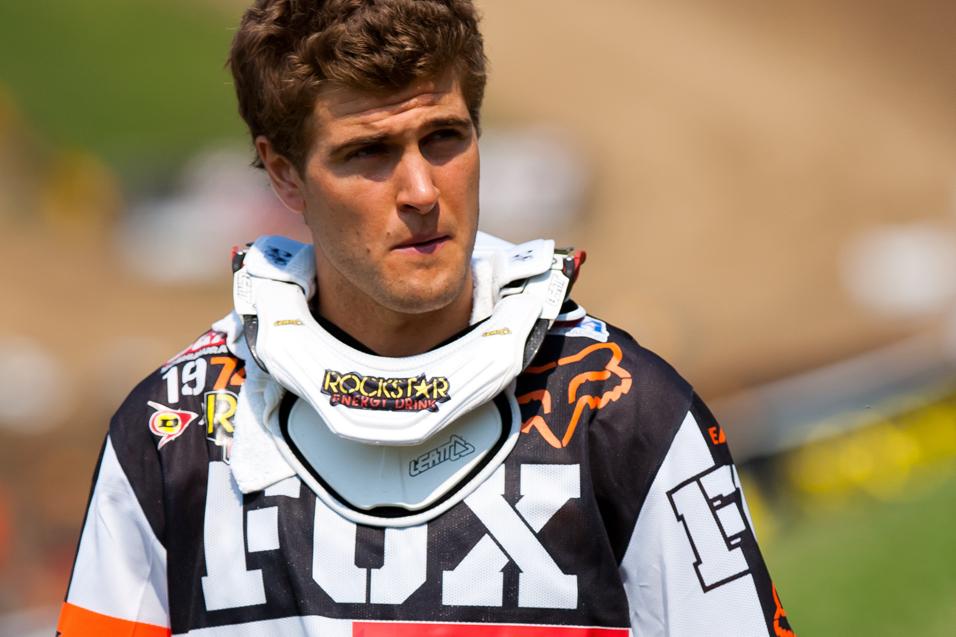 10 Things for at Pala

10. LIVE MOTOS: The final round of the Lucas Oil AMA Pro Motocross Championship from Pala Raceway will feature four hours of bar-to-bar racing with first moto coverage beginning at 4 p.m. Eastern on FUEL TV and Allisports.com. Then make sure to turn over to SPEED at 7 p.m. Eastern to catch back-to-back live coverage of the second motos, beginning with the 250 Class.

9. MARVELOUS MARVIN: Red Bull KTM's Marvin Musquin came into the 2011 season being touted as the next great French import, on a level with names like Pourcel, Tortelli, and Bayle. But after an injury-plagued 2011 season in which Musquin missed the entire SX series and the majority of the motocross season, many were wondering if he could contend in America—and even questioning his position on Team France for the Motocross of Nations. But after a 3-3 performance for his first career podium, many of those questions were laid to rest. With the Pala season finale on the horizon, can Musquin continue to prove the doubters wrong and cap off the season with a victory? 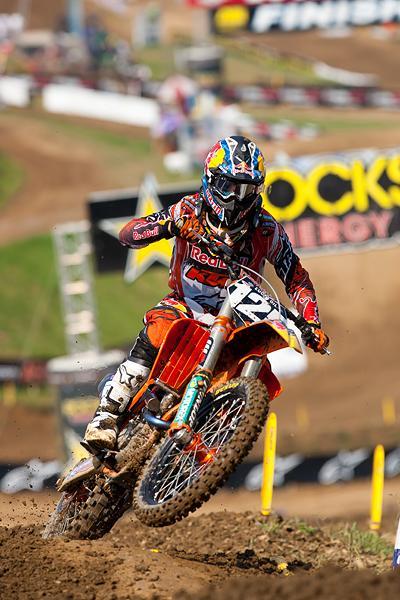 Can Musquin claim victory at the final round of series?
Photo: Andrew Fredrickson

8. THE ROUGH: Pala has only been on the national tour for a year but it’s already developed a reputation with the riders as rough and tough. It presents a good mix of big jumps on the flats and rugged up-and-downhills out back. The soil can be deceiving, too, as the sandy sections can really bog an engine down and make routine leaps tough for a 250 (ask Pourcel). Some riders can boast that they practice here a lot, and that seemed to help Dean Wilson last year as he dominated both 250 motos. But the track shapes up much differently for the National weekend. In a final advertised as one where anything can happen, this is certainly the track where it can.

7. A STREAK ON THE LINE: We continue to stress this, but with the display Monster Energy/Pro Circuit Kawasaki put on this year in the 250 Class, how could you not? If one of the team’s four thoroughbreds—Dean Wilson, Tyla Rattray, Blake Baggett, or Broc Tickle—can pull out the overall at Pala, it will mark the first time a team has swept all twelve rounds of the 125/250 Class in Lucas Oil AMA Pro Motocross. Honda did it in 1974, but that was the inaugural year of the class and many manufacturers didn’t field teams—nor did they race twelve rounds. Can Pro Circuit pull off the unimaginable? Or will Tomac, Musquin, Cunningham, and the rest of the contenders spoil the PC party?

6. WMX CHAMP: Ashley Fiolek is on the verge of her third WMX title in four years as a pro, powered by the same consistency that netted her the first two crowns. Jessica Patterson has shown dominant speed at times but has also hit the ground a bunch, while Ashley has been nearly flawless. She carries a 22-point lead into the final two motos on Saturday. 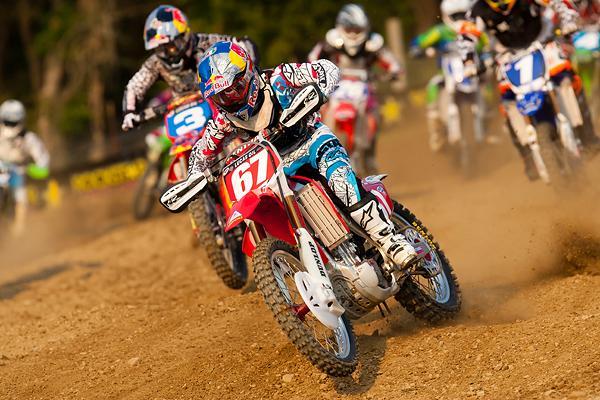 Will Fiolek wrap up another title at Pala?
Photo: Andrew Fredrickson

5. BATTLE FOR FOURTH: We know the Pro Circuit boys have dominated the top three spots in points. Behind them is a close battle for next-best, with Eli Tomac currently seven points up on Kyle Cunningham; Gareth Swanepoel is 20 points back. We’ve seen ups and downs from all three this year, so a 20-point swing isn’t impossible in any direction.

4. THE MATH: If Ryan Dungey goes 1-1, Ryan Villopoto needs a 3-4 to hold the points lead and win the title. The more likely title-losing scenario would be something crazy happening, like Villopoto crashing out (a la Christophe Pourcel last year). That’s not likely, but it’s more likely two plain old bad motos. Overall, Villopoto has simply put himself in a great position … but you just never know.

3. SPOILER’S ROLE: What would it take for Villopoto to do worse than a 3-4? Obviously, some other riders would have to step up. Justin Barcia, Chad Reed, and Brett Metcalfe have all shown podium speed, so those are the likely ones to mix it up—especially Metty, who can help his Suzuki teammate Dungey with a big ride. 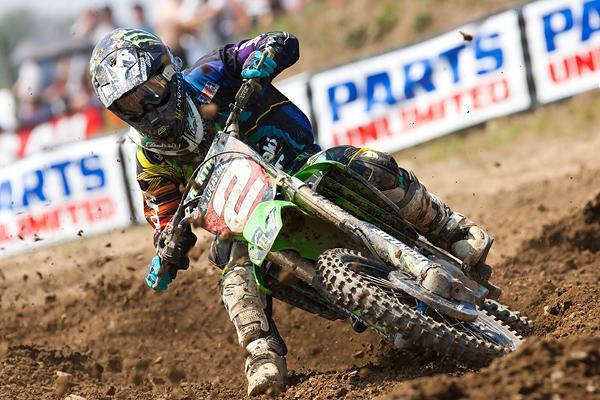 2. MXoN PREVIEW: We haven’t seen Blake Baggett’s El Chupacabra act since the first moto at Washougal, and many are wondering if he’ll be able to find that speed again by next weekend’s Motocross of Nations. Pala could provide a clue. He’ll have to take on Wilson, though, both here and next weekend in the MX2 class. Also, if things get really heated in the 450 Class, the Ryans are going to have to mend those fences by the time they get to France. They’re supposed to be teammates!

1. UP FOR GRABS: The 250 Championship was wrapped up last weekend at Steel City by Monster Energy/Pro Circuit Kawasaki's Dean Wilson, but two titles are still on the line at Pala. Villopoto and Dungey still have some unfinished business to tend to, while in WMX class, longtime rivals Jessica Patterson and Ashley Fiolek are battling to be the “fastest women in motocross.” It will take some help from Fiolek and Villopoto for Patterson and Dungey to have a shot at the title, but we all remember what took place here last year.