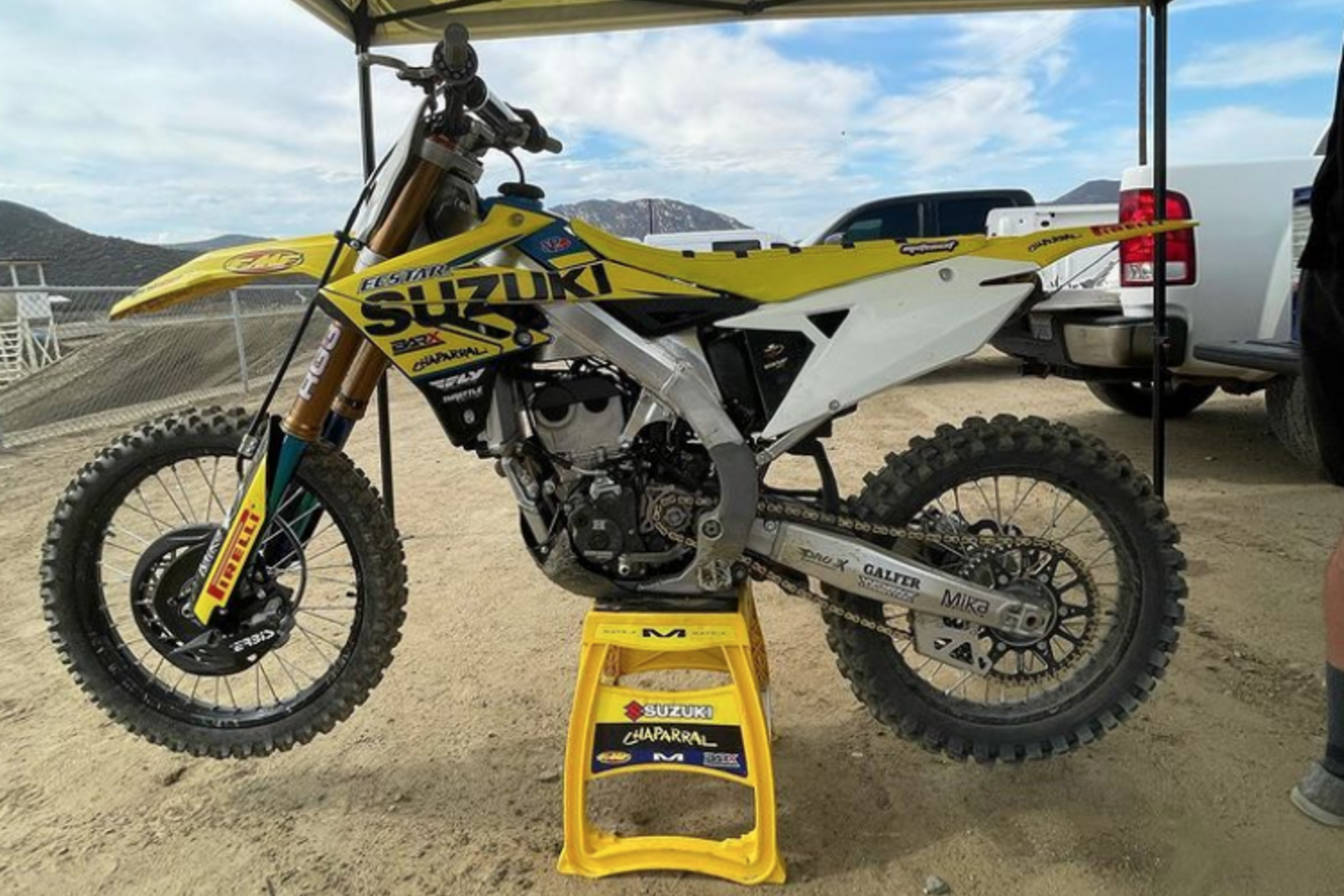 Several years ago, Carson Mumford signed a deal with GEICO Honda that was expected to carry him through the rest of his amateur career and into this pros. The plan was working, as the California native turned pro with the GEICO team in 2019 and competed in two rounds of the Lucas Oil AMA Pro Motocross Championship before making the jump to the pro ranks for the 2020 Lucas Oil AMA Pro Motocross Championship. But at the conclusion of the season, the long-time GEICO rider was one of the riders left without a spot when the team shutdown in the second week of October 2020.

Mumford joined Coty Schock on the FXR/Chaparral Honda Racing team for 2021, where he finished 25th in the 250SX West Region in his debut season of Monster Energy AMA Supercross. He missed several rounds due to injury and also missed qualifying for a few main events. In four races, he finished with a season-best 12th at the Arlington 3 Supercross. He turned it around for his second full season of Pro Motocross, where Mumford finished 13th in the 250 Class, earning five top-ten moto finishes and three top-ten overall finishes. While his team did receive some support from Honda, Mumford was a not a factory rider. The only rider without factory parts to beat him was tenth-ranked Dillan Schwartz.

But for the second straight year, the team Mumford rode for shut down and he was then forced to look for a spot elsewhere, as the FXR/Chaparral Honda Racing team ceased operations after two seasons. Luckily, Mumford landed a spot on the same team as Schwartz, Bar X/Chaparral/Ecstar Suzuki. This is Mumford's third team in since turning pro in 2019.

“First day on the new bike😍 Beyond grateful for this opportunity to work with the @barx_motorsports family for the 2022 season! NEW YOUTUBE VIDEO LINK IN BIO”

Mumford posted a vlog that includes footage of his first day on the Suzuki RM-Z250. In the video he also pokes fun at his trainer, Davi Millsaps as he reenacts Millsaps’ actions and phrases.

Warning: Strong and explicit language content used in this video.

The Bar X/Chaparral/Ecstar Suzuki team is proving the RM-Z 250 is a capable machine. In supercross, the team had four riders (John Short, Sean Cantrell, Derek Drake, and Dilan Schwartz), but unfortunately had injuries throughout the year. Cantrell suffered a broken collarbone at the 250SX West Region opener in Orlando and only finished one main event (17th at the Atlanta 3 Supercross). Veteran Short brought in three main event top-ten finishes, and Drake competed in two main events after returning from a compound femur break in December. Schwartz picked one top-ten finish in his debut AMA Supercross season.

Drake and Schwartz became the sole riders for Pro Motocross, but Drake announced in July that he had a rare heart condition that required surgery. He missed several races before returning for the finale two rounds. Schwartz really caught fire through out the summer. He flew the team flag solo and continued to impress with his speed, fitness, and results. The #90 native picked up 10 top-ten moto finishes and seven top-ten overall finishes before finishing tenth in the 250 Class standings. Amateur Preston Kilroy jumped to the pro rankings following this year’s Monster Energy AMA Amateur National Motocross Championship and put in great efforts aboard his #380 machine, picking up two top-ten moto finishes. Kilroy finished inside the top 15 overall in all five of his Pro Motocross events in 2021, finishing 21st in the points. Schwartz (#40 for 2022) and Kilroy (#68 for 2022) are expected to return to the team next season, where they will be joined by Mumford aboard his #43.

At one point, Suzuki's fortunes really had sunk in the 250 class, as the old Joe Gibbs Racing outfit, which ran the factory unit, parted ways with Suzuki and then closed its doors on the motocross effort completely. The Bar-X team, which was operating as Suzuki's amateur outfit, has moved smoothly into the pro ranks with the riders it backed as amateurs: Schwartz and Kilroy. Adding the talent of Mumford to the ranks might mean even more yellow making waves in the 250 class next year.