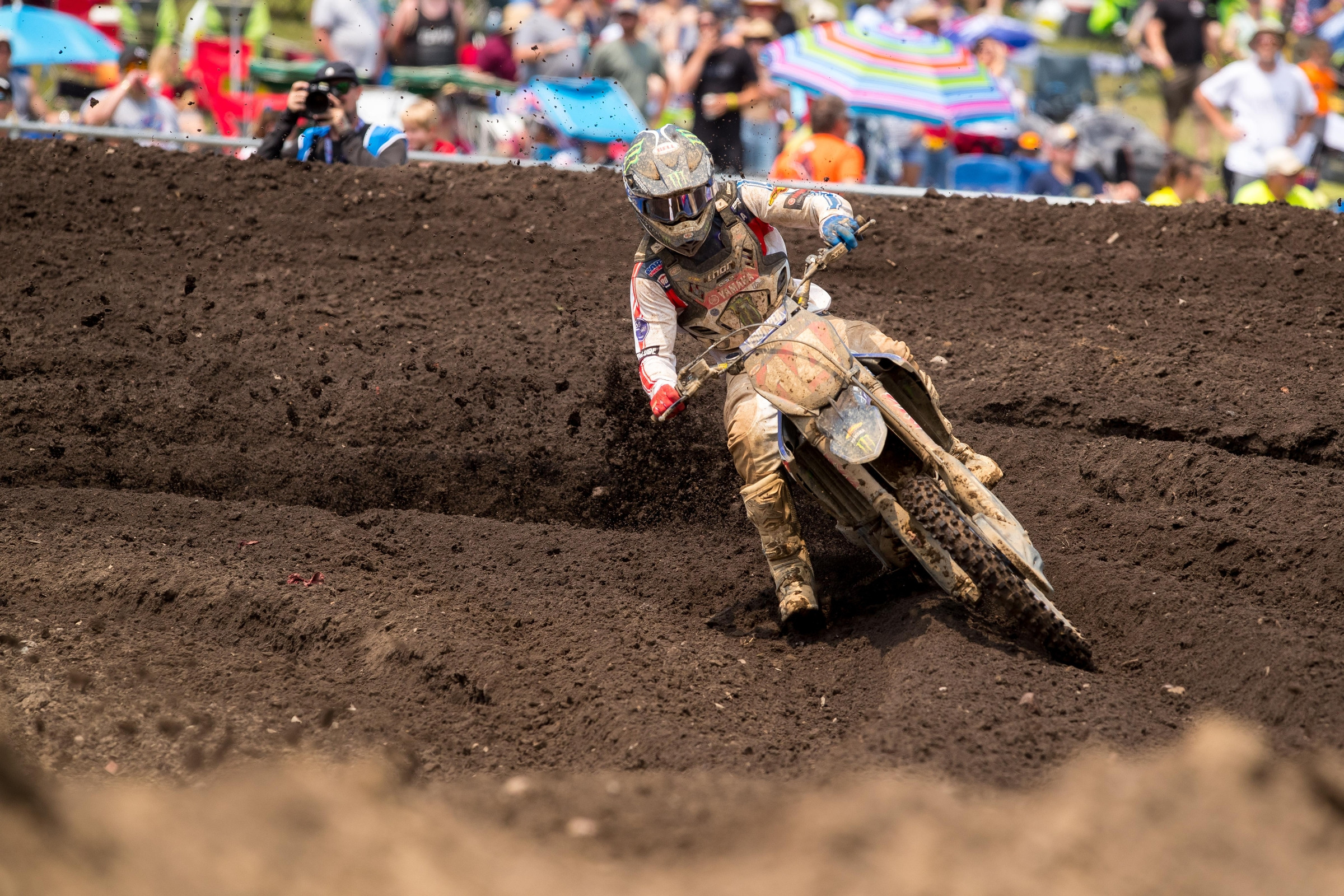 Back at the RedBud National in 2017, Blake Baggett was in the midst of an “el Chupacabra” run, carrying the points lead in the 450 class after two-straight overall wins. Eli Tomac, the championship favorite, needed to reset the story, and at RedBud he did, passing Baggett early in moto one and getting away with the lead. The world waited to see if Baggett could light the afterburners and answer Tomac. He could. Baggett kept pushing harder and his lap times kept getting quicker. From 2:08 to 2:06, then 2:05, 2:04 and then, incredibly, a 2:03.262 as the two-lap board came out. It was easily the fastest lap of the moto, and now Baggett had climbed all the way to Tomac’s rear wheel as the white flag came out. If he passed him and beat him, it would send shockwaves through the paddock.

Tomac fought fire with fire. On the last lap, he busted out a 2:03.084, the fastest lap of the race, and an answer to the 2:03.533 Baggett threw down. Baggett put on an amazing offensive display, but Tomac defended his ground. That’s what sports is all about: Offense against defense. Two elite athletes giving their all down the stretch. A result that matters and the resulting higher level it inspires.

Tomac won the moto by 1.4 seconds. They were more than 30 seconds ahead of everyone else. To really illustrate how fast they were going with those 2:03s, consider that third-place Marvin Musquin logged a 2:13 on the final lap. Ten seconds off! No one else even went under the 2:10 mark of the final lap. Tomac and Baggett both went 2:03.

“The el Chupacabra games don’t work on Tomac,” said our Jason Thomas, while shaking his head, marveling at the intensity of both riders. It was truly an epic last lap. Baggett and Tomac were fighting for supremacy in the class. That pushed them to their very highest levels.

Today it’s Dylan Ferrandis trying to take control of the 450 division of the Lucas Oil AMA Pro Motocross Championship. Ferrandis has never been a great starter but he is one hell of a finisher. That’s why I’ve started coining the term “Dylan Danger Zone” when the Frenchman gets a rider in his sights. Suddenly, in the final laps of a moto, the 14 will appear at the back of the TV camera shot. He’s lurking, and most of the time once he gets there, he gets his prey.

In moto one at RedBud he did it, passing the likes of Tomac, Adam Cianciarulo, Aaron Plessinger, and Ken Roczen to win the race. In moto two, he actually started better. He and Roczen tussled and eventually Roczen crashed. Ferrandis the made a move on his teammate Plessinger with three laps to go. The only man to stand between Ferrandis and a momentum-changing 1-1? Eli Tomac.

And Tomac responded. From a 2:10.5 on lap 15 he logged a 2:08.1 on lap 16, the last one. He logged his fastest lap on the last lap. So did Ferrandis! He was even better with a 2:07.9, but Tomac’s late-race stand held. Ferrandis couldn’t get him. Like Baggett versus Tomac years earlier, this was an awesome display of two riders who are fit, tough, and experienced. It was the irresistible force versus the immovable object.

“I just gave everything I had,” said Ferrandis. “Right now, I’m really tired. I left everything on the track. I think Eli [Tomac] is the same kind of rider. Like I said on the podium, I don't think anybody [has] ever passed Eli in the last lap, so that shows that he’s strong at the end of the moto. Maybe I’m like this. I don't know. When there is a guy in front of me, I try to pass him and it’s as simple as that.”

With four AMA National Motocross Championships and his “beast mode” rep for doing his best work late in the moto, Eli Tomac is not one to be trifled with on the last lap. He might have struggled a bit to start this campaign, but he’s still a bad dude, and he wouldn’t let the current 450MX points leader get him. It was a thrilling display of heart and determination from both riders. They logged the two fastest laps of the race on the last lap of the day. That’s what it’s all about in sports—two athletes, when they’re tired, digging deep and giving their best stuff.