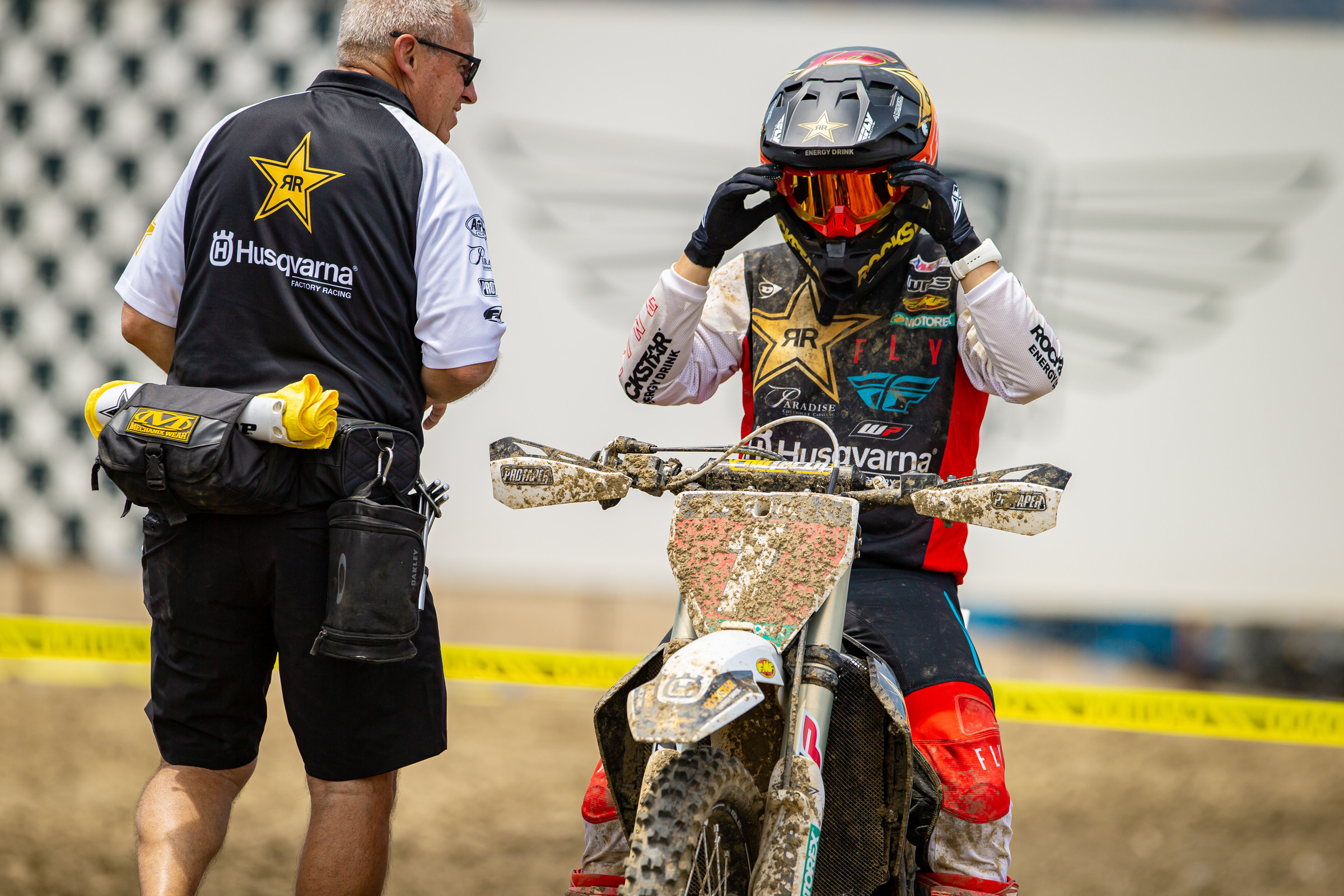 Go time! Saturday marks the opening salvo of the Lucas Oil AMA Pro Motocross Championship. Southern California feels like a rightful home to the opener and many in the field call Fox Raceway their practice track, anyway. With the weather looking to cooperate, we are poised for an ideal kickoff to a series that proposes parity in both classes. We have former champions looking to find former form (say that five times fast) and newbies looking to leave their mark. The storylines write themselves as we enter this series (but I am going to have to type them anyway, sadly).

The Pala course can shape up a few different ways. Two years ago, Pala was a rutty, tacky affair. Last season, the track was fast, dry, and dusty. The difference is likely in the seasonal timing, which leads me to believe we will see the 2019 version which is a slower, more methodical racetrack. Spring weather should hold moisture better as well as avoiding the long summer heat leading into the event. It’s still a SoCal track, though, so look for it to harden by the second motos. The square edged bumps will be forming in full force, transforming from softer, more comforting bumps Saturday morning.

I enjoy the opening round for a few reasons. The unknown is always intriguing and entering a race with more questions than answers is enjoyable. We will be guessing as to who will take a step forward and who might be lacking motivation. We learn more at the opening round than at any other point. Bigger picture, the opening round feels like the kickstart (looking at you, Suzuki) to summer. Summer and motocross go together like Weege and coupons.

Motivation is always pivotal for this series. After a long Monster Energy AMA Supercross campaign, some riders are burnt out and not exactly fired up. Others have been sitting out for a while, though, and are looking at this series as redemption. Those are where I place my money for success.

Adam Cianciarulo finished second in this series last year and should be prepared for battle on a track he has ridden a lot lately. I think he will be on the podium Saturday.

Chase Sexton doesn’t fit my “missed SX” category but I think he views this summer as a breakout opportunity. He won this round last year so watch for #23 to show up in a big way at Pala.

Zach Osborne is your defending champ and has had plenty of time to get into motocross form. I am curious to see how he fares at a SoCal opener compared to Loretta Lynn’s last year, but I do believe he needs a solid start to get the momentum ball rolling in the right direction.

Cooper Webb is coming off the SX title and should be fully transitioned with the extended break. I am more curious than sure about how this summer plays out for the #2 but make no mistake, if Webb’s heart is into this series, he will be a force.

Eli Tomac is making his final campaign on a Monster Energy Kawasaki and will surely want to reclaim the motocross championship that he held for three consecutive years. We haven’t seen as dominant of an Eli for a year or so, again posing more questions than answers for this summer.

Marvin Musquin’s 1-2 ending to Monster Energy Supercross bodes well for summer. He looks to finally be fully recovered from his knee injury and that is dangerous for everyone else. I am sure Marvin knows that title chances are dwindling each time the earth circles the sun, making the present a great opportunity.

Ken Roczen had a tough finish to the SX series and now enters what looks to be a hot, competitive summer. Roczen’s talent and ability are certainly not in question but I do wonder if the season starts off on a more difficult note, how long will his attention remain on the present.

Jason Anderson’s SX form was great but the results were just not coming in the way he would want. Although he won the opening moto of this series in 2020, I anticipate his focus to wane with his rumored move to Monster Energy Kawasaki for 2022. If he gets off to a flying start Saturday, maybe my opinion changes but I still think his mind is on a green January.

Jarrett Frye has a big summer ahead of him. Riding for Monster Energy/Star Yamaha Racing is a very enviable position, but it also comes with expectation. With his rookie teammate Nate Thrasher picking up two wins this supercross season, the pressure is on Frye to perform. That team has shown a tendency to move on quickly if results don’t arrive.

The opening weekend of fantasy motocross is always a huge opportunity. Without any results or trends to base from, the handicaps are based off historical data. A rider that may be more prepared than ever has a chance to surprise at the opening round. Further, many of the local California riders can use their familiarity to record a breakout result. This has happened dozens of times over the years and snagging them onto your team can be the main difference between success and failure.

A few examples for huge point hauls by under-the-radar privateers would be Sean Collier in 2015, Justin Hoeft in 2017, and Brandon Scharer, Dare DeMartile, and Dylan Merriam in 2018. There are many more, of course, but the point is that you don’t have to pick superstars to win in fantasy moto. Value is the name of the game. Find a rider that hasn’t done much lately but wants to leave a mark. That’s where the value lies.

A few possibilities for 2021 could be Mitchell Falk making his 450 debut, Coty Schock, Ben LaMay, and Richard Taylor.

Another route will be the international flavor. Spaniard Jose Butron, Italian Alessandro Lupino, Canadians Tyler Medaglia and Cole Thompson, as well as Phil Nicoletti (seems foreign to California anyway) will all be spicing up the 450 class Saturday.

Overall, there are many ways to compile a team, especially the opening round. Think outside the box and look for hidden value.

Eli Tomac, Jason Anderson, and Aaron Plessinger all ride their race bikes to the local Denny’s for a car club style meet-up, raising the proverbial hoods, kicking the tires and ogling over their future steeds.

Starting a new series, everyone breaks out the podium props. Jett brings a dozen donuts, JC32 brings a litter of puppies, Cianciarulo brings Tom Delonge, and Weege brings a metal detector to search for loose change.

Alex Ray does NC-17 rated damage to his race engine.