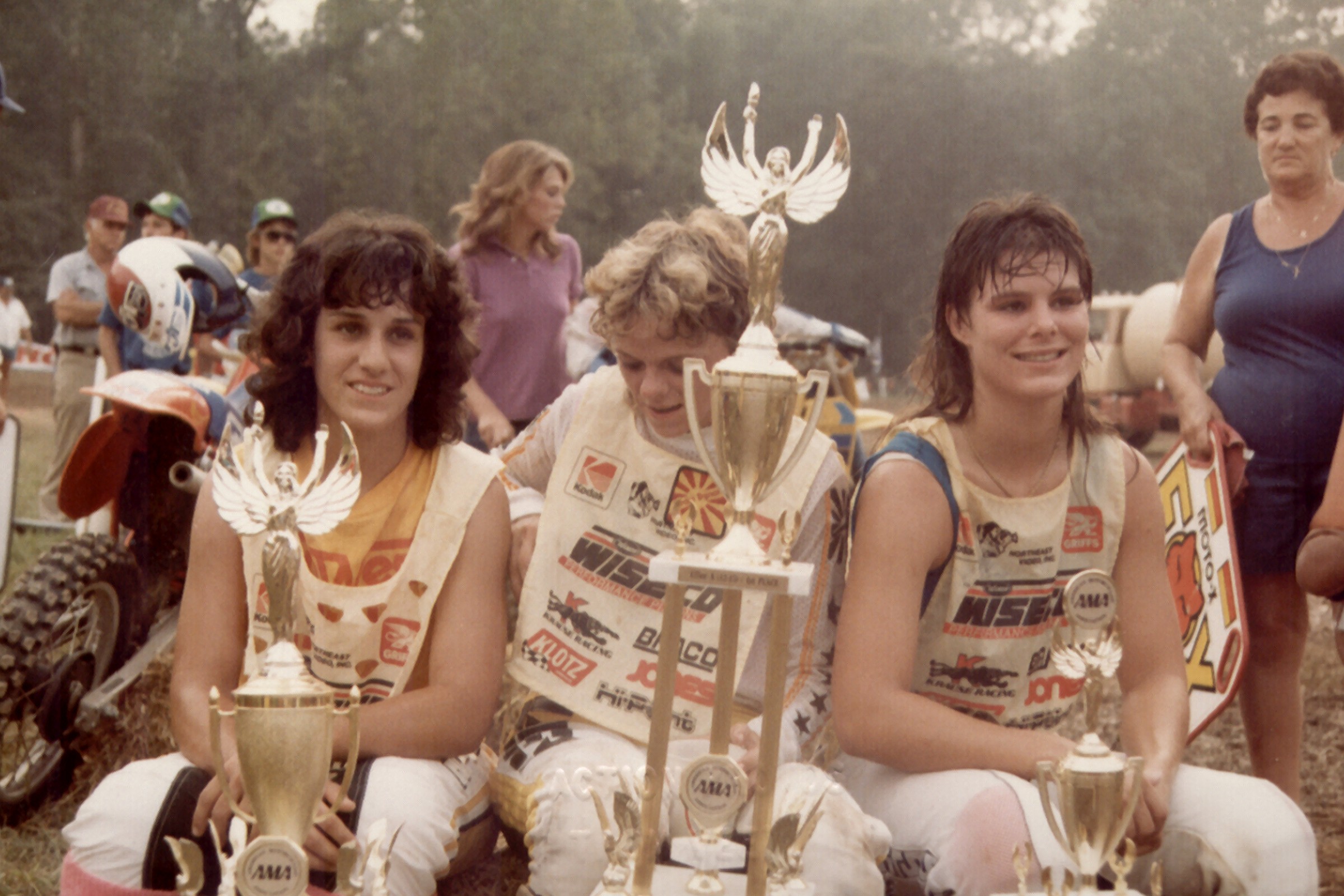 This story was written by our editor-in-chief Davey Coombs on one of the most significant rivalries in Loretta Lynn history: Michigan’s Lisa Akin-Wagner and California’s Mercedes Gonzalez-Natvig.

It’s hard to have a long-term rivalry, unless you happen to be the same age as your nemesis. And by the time a young rider graduates from the ranch to pro, pretty much everyone is a rival. Still, there have been serious rivalries, from Brian Swink versus Buddy Antunez, Ricky Carmichael versus Charley Bogard, to Mike Alessi versus Davi Millsaps, to Jessica Patterson versus Ashley Fiolek. Sure, vet riders are the same age and they race at the ranch for many years, but the competitiveness isn’t quite as intense as it is for younger riders.

Arguably the most significant rivalry in the history of Loretta Lynn’s involved Michigan’s Lisa Akin-Wagner and California’s Mercedes Gonzalez-Natvig. It was a classic East-West rivalry, between two superbly talented riders, one on Yamaha, the other on Kawasaki. In those pre-WMX days they usually only met once a year, and it was at Loretta Lynn’s. Both were known to mix it up well with the boys—Akin-Wagner finished 14th in ’83 in a 100cc Class that included Jeff Stanton, Donny Schmit, Fred Andrews, and Barry Carsten; Gonzalez-Natvig placed 11th in the Junior +25 Class in ’89. Both rode with a competitiveness that was no different than what we might see now between riders battling for a supercross championship. Lisa represented Team Dynamic and the Michigan Mafia; Mercedes was a staple of the Kawasaki Team Green juggernaut and California. And finally, both would marry very fast men, Bobby Wagner and Derek Natvig.

Over the course of the first 10 years of Loretta Lynn’s, between the two of them, they claimed the Women’s Class title all 10 times:

It was the last year that Akin-Wagner raced, 1988, where the rivalry hit its zenith. After splitting moto wins, the third and final moto would decide the championship. It all went down to the very last lap, and the very last turn. That’s where Akin-Wagner got to the inside of Gonzalez-Natvig and forced a pass and took her fifth and final AMA Amateur National Motocross championship of her career.

Gonzalez-Natvig would return and win the next three Loretta Lynn’s titles, but without her foil there, those titles didn’t quite have the same buzz around them as the ones she took in ’86 and ’87. Still, the five titles Mercedes won matches the five titles that Lisa won, which is perfect—they were as equal on the racetrack as it gets.