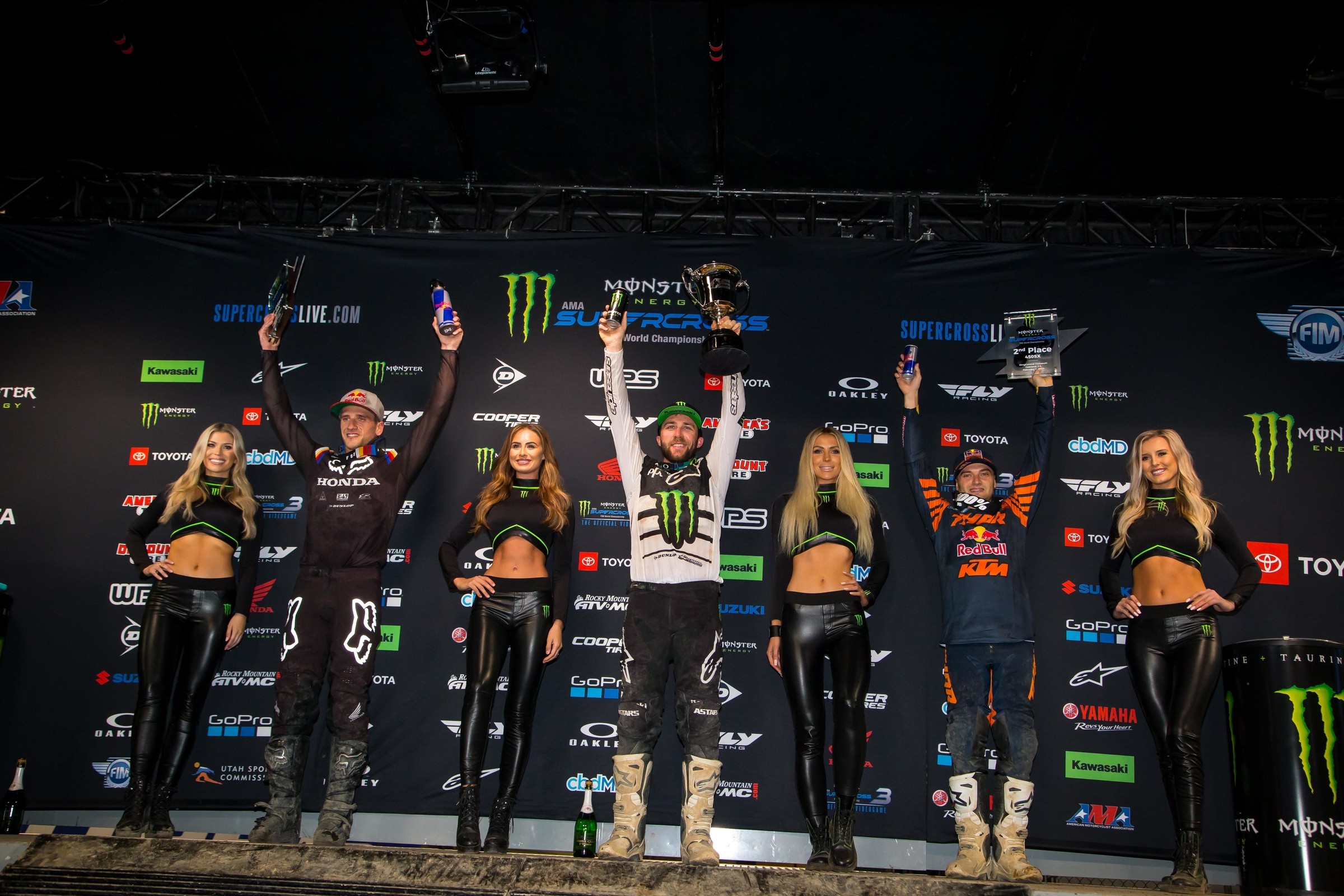 The fifth round of the 2020 Monster Energy AMA Supercross Championship went down in Oakland, California, on Saturday. With both classes featuring close points chases entering, an eventful night was upon us in the bay area.

In the 250SX class, a close battle in the main event saw Dylan Ferrandis bump his way past Austin Forkner to pick up his second victory of the season. Forkner would hang on for second while red plate holder Justin Cooper found his way around Alex Martin late for third. Despite his valiant charge, Cooper would lose the points lead to teammate Ferrandis on the evening.

In the 450SX class, four riders separated themselves at the front with Eli Tomac eventually besting the rest to claim his 29th career victory. Cooper Webb used a last-corner pass to move into second over Ken Roczen who rounded out the podium.