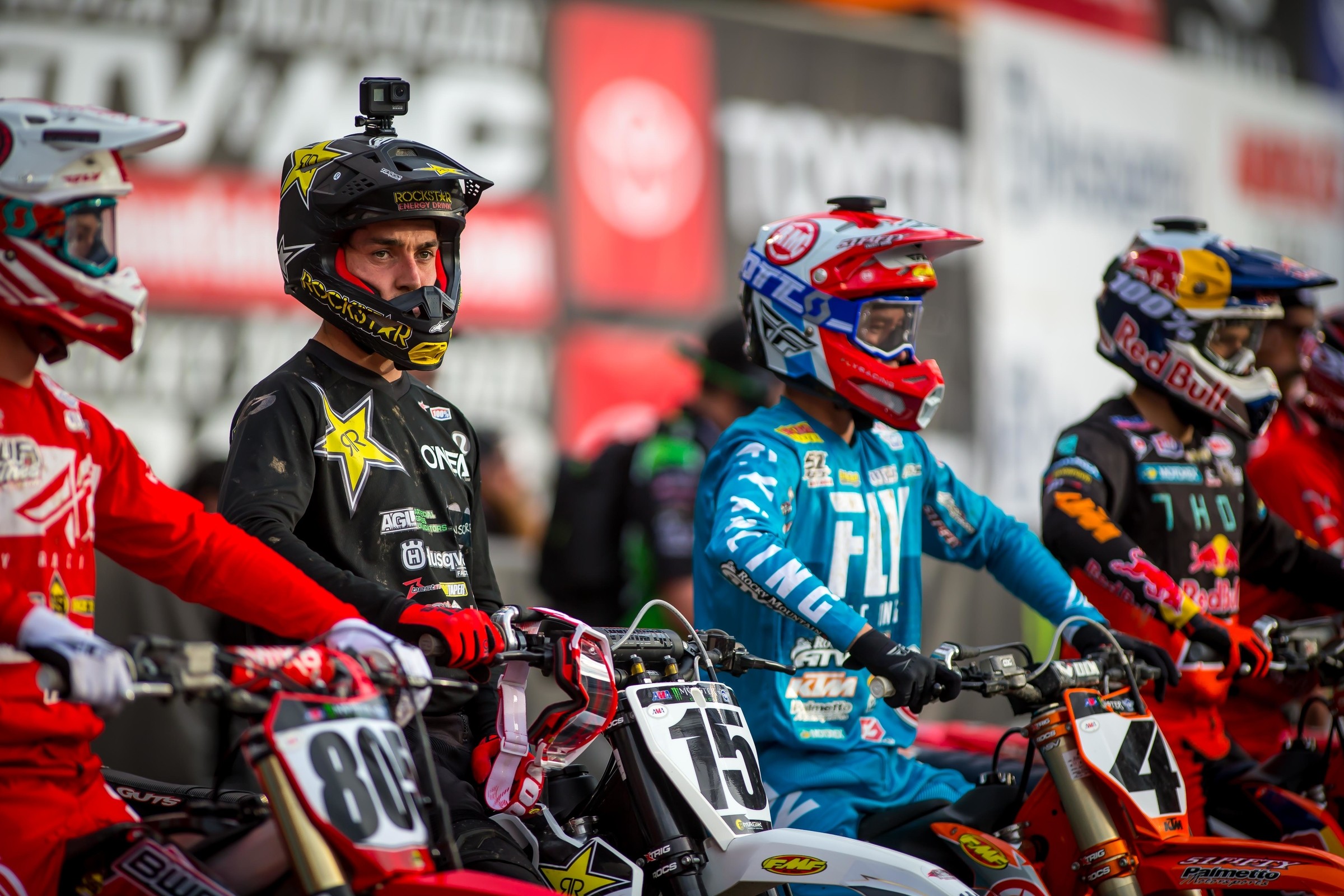 The upcoming Lucas Oil AMA Pro Motocross Championship will serve not only as another chance to win titles and races, but also a chance to secure a ride. Silly season is about to get into swing, and while several top 450 names are locked in with long-term contracts, many do not have 2020 deals in place. Add in the likes of Adam Cianciarulo, who may move up in 2020, and the 450 ranks is getting crowded. We felt it was a good time to take a look at the contract landscape heading into the summer and 2020.

Ken Roczen: Signed a three-year deal with Honda HRC this year. His contract runs through 2022.

Cole Seely: His deal is up at the end of this year.

Jason Anderson: Signed a four-year extension with the team in 2018.

Dean Wilson: His deal is up at the end of the year.

Zach Osborne: Signed an extension that runs through 2020.

Marvin Musquin: His contract is up at the end of the year, but Marvin said in the post-race press conference after Las Vegas that he wants to stay at KTM.

Blake Baggett: Baggett signed a three-year deal to remain with the team. It runs through the 2021 season.

Benny Bloss: His contract is up at the end of the season.

Justin Bogle: Is a fill-in for Bloss.

Weston Peick: Peick signed a one-year deal with the team that expires after this season. He is currently sidelined due to injury.

Chad Reed: His contract is up after the 2019 season. Reed recently told Steve Matthes that he wants to continue racing in 2020 and that he hopes to stay with JGR.

Eli Tomac: Kawasaki and Tomac agreed to a multi-year extension that runs through the 2019 season.

Joey Savatgy: Savatgy’s one-year deal is up at the end of the season.

Justin Brayton: Prior to Las Vegas in 2018, Brayton signed a two-year extension with the team that runs through 2020.

Malcolm Stewart: Signed an extension with the team in Las Vegas. It’s a one-year deal. He’ll return to the team in 2020.

Adam Cianciarulo can still ride 250SX again, but he is likely looking for a 450 ride.