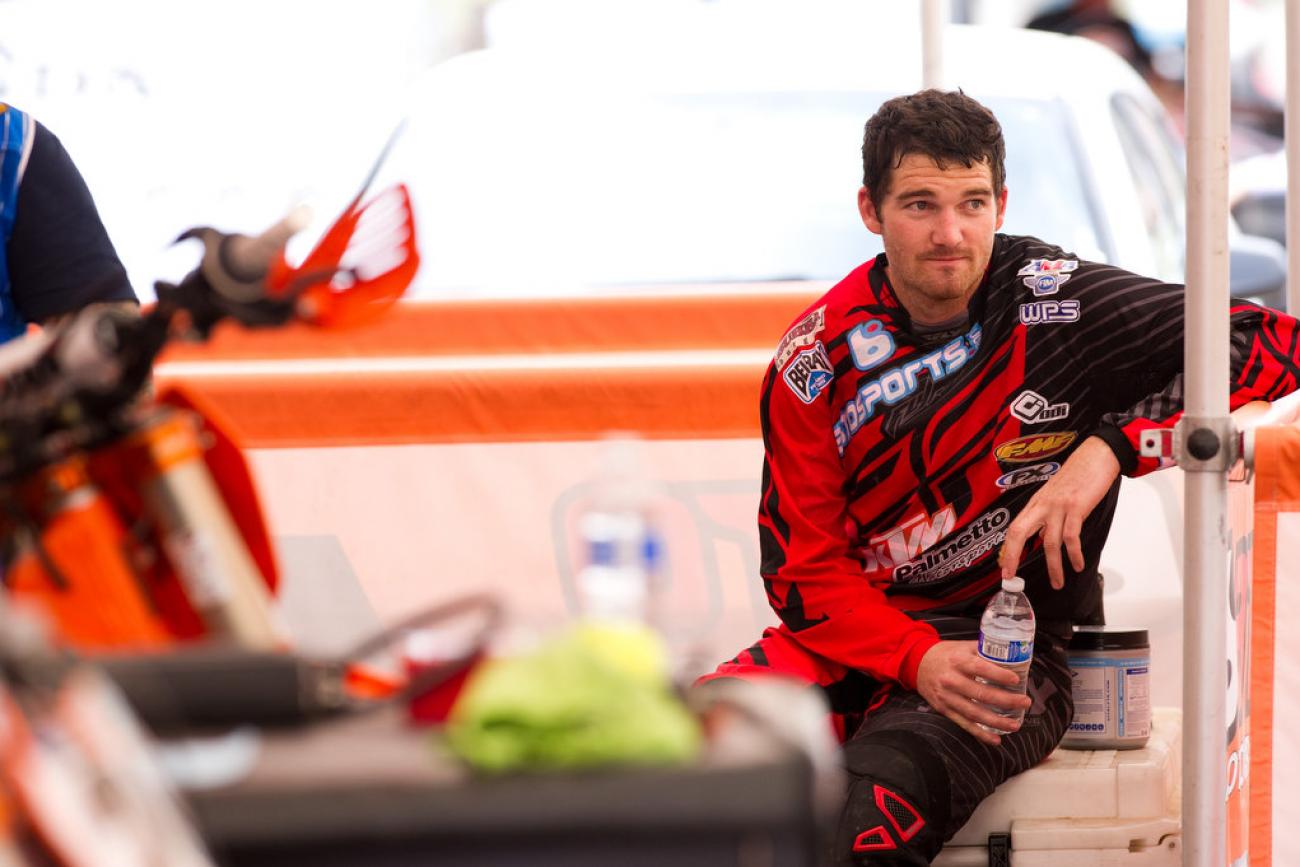 Adam Enticknap – Knee
Comment: Enticknap tore his meniscus during practice at MetLife Stadium. He had surgery to repair the damage and will likely return to racing in July.

Matt Goerke – Broken Elbow
Comment: After suffering a bad break in supercross, Goerke will get back to racing at Thunder Valley.

Wil Hahn – Cracked Skull, Broken Right Humerus and Broken Collarbone
Comment: After a bad crash in supercross Hahn will miss a significant portion of Lucas Oil Pro Motocross. He will be evaluated when the time comes, but his team says there’s a chance he could be back as early as late June.

Davi Millsaps – Torn ACL
Comment: Millsaps tore his ACL during the off-season at Milestone and had surgery in mid-December. He was aiming to be back for Lucas Oil Pro Motocross but is struggling to overcome a previous injury. He is expected to return at round five in Tennessee.

Eli Tomac – Broken Collarbone
Comment: Tomac broke his collarbone the week before Las Vegas and is not expected back until late June.

Broc Tickle – T7 Vertebra
Comment: Tickle injured his T7 vertebra during practice in Toronto and underwent surgery. It is unknown if he will be able to race any Nationals late in the season or not.

Adam Cianciarulo – Injured Shoulder
Comment: Cianciarulo underwent surgery to repair his left shoulder that popped out of joint twice in Toronto. He’s since been cleared to start light training and cycling, but a return to action has not been scheduled.

Martin Davalos – Leg /Ankle Injury
Comment: Davalos suffered a big crash while practicing during supercross. He is expected to miss at least the next several races.

Darryn Durham – Tibial Plateau Fracture
Comment: Durham crashed while practicing and will return to racing at some point in July.

Dean Ferris – Wrist Injury
Comment: Ferris sustained a wrist injury while practicing in Australia. He will miss Thunder Valley but is expected to return to racing soon.

Michael Leib - Ankle
Comment: Leib suffered a broken fibula and numerous ligament tears in his right ankle after San Diego, He recently re-injured his right ankle, which will keep him out of a portion of Lucas Oil Pro Motocross.

Zach Osborne – Injured Thumb
Comment: Osborne went down in the second moto at Glen Helen and injured his thumb. It required surgery and he’s out for eight weeks.

Anthony Rodriguez – Concussion
Comment: Rodriguez suffered a concussion in the second moto at Glen Helen and is not expected back until found five in Tennessee.

Dean Wilson - Deep Laceration
Comment: Wilson had a bad crash at Glen Helen and sustained a deep cut on the back of his knee. He is expected back in July.