Hello, everyone, and welcome to the Thursday Rev-Up. Remember in the movie Bloodsport when the fight billboard slaps up with the names Frank Dux and Chong Li? That’s where this deal is at right now. It’s time for the two alpha males to take it around one last time to decide who is the man.

Before we roll up the sleeves for that business, let’s take quick peek back to Steel City and pay homage to what was one of the greatest battles we’ve seen. The culmination of a brilliant track and two riders carrying the fire produced the ultimate motocross spectacle. All of us have this extra gear, if you will. We don’t know how to trigger it on our own, but when special circumstances smash together, we can do amazing things. Trey Canard and Christophe Pourcel both had the candles lit and they were both "immortal." That was just awesome. Golf clap.

And now on to the grand finale. You ever get really pumped up and, if only for a moment, convince yourself that you can clench your fist, shove the ground beneath you down, then rocket into the sky like Neo? Maybe that’s just me, but I’ve got the shoulders back for this dust-up. 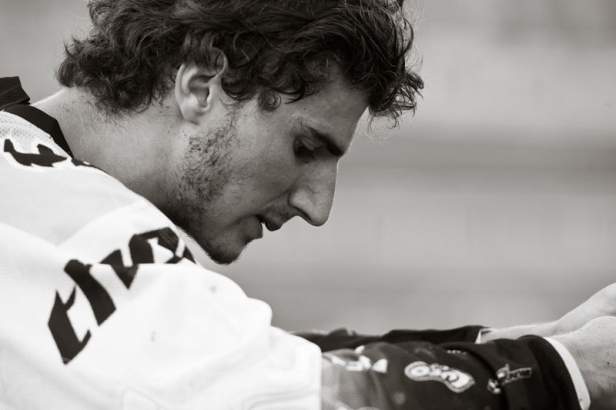 Both of the characters in this story make this championship even more special. Canard lost his father in a tragic accident while he was grooming his practice track. Trey has since become one of the premier motocross riders in the world, and there is no question that his pops has been with him every lap of the way. When he needs that little extra to hang on those last two laps, he has a little extra.

Flip the coin and you have a relative mystery man in Christophe Pourcel. We really don’t know a lot about the Frenchman. We do know he almost lost his ability to walk a few years ago, and not only has he overcome those odds, he has fought his way to the forefront of the entire sport. The #377 has also fought the fickle American fan base, who will boo the greatest riders one moment, then call them the GOAT the next.

Whoever wins or loses, both of these young men will go to bed Saturday night with multi-year, multimillion-dollar contracts. It’s not like they’re racing for their careers or to put food on the table. But they are competing for the right to be champion. There is a gap between being an enthusiast and a racer and a wide-open chasm between being a racer and a champion. Canard and Pourcel know precisely what it means. This Saturday afternoon is all about a racer’s pride. I’ve been lucky enough to see this kind of stuff from some of the most prolific names in all of motorsports. 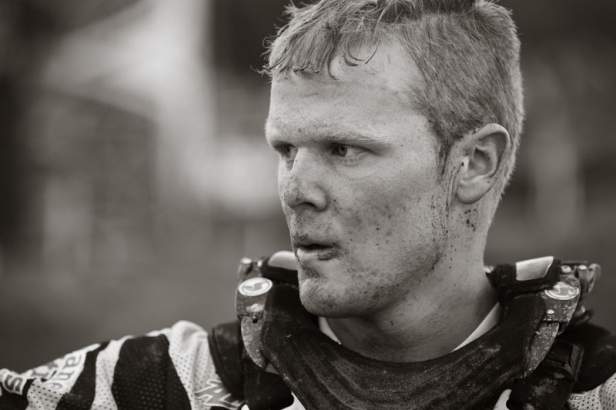 I’ve seen Carmichael walk to the line and literally defeat everyone on the gate by simply staring at them. I’ve seen my brother pull himself into his car, then drive 300 miles to a NASCAR championship. You can call it any number of things; I call it the thousand-yard stare.

You can wear the buttons off a calculator figuring out all the scenarios, but the bottom like is, Canard needs to beat Pourcel and have a man between them. Like I said, don’t cry for the loser here. Both men have proved themselves, and they will fight again, and again.

But for now, the billboard has snapped up and it’s time to party. Canard vs. Pourcel.