When the checkered flag fell on the Rockstar Energy RedBud 250 National on Saturday afternoon, what was left of the massive, sun-baked crowd moved over to the front of the podium to see something special: Trey Canard had finally won his first AMA Motocross moto, and with it his first-ever Lucas Oil AMA Motocross overall win. The GEICO Powersports Honda rider had to scratch and claw his way around the extremely rough track, and past most of the best 250cc riders in the world. 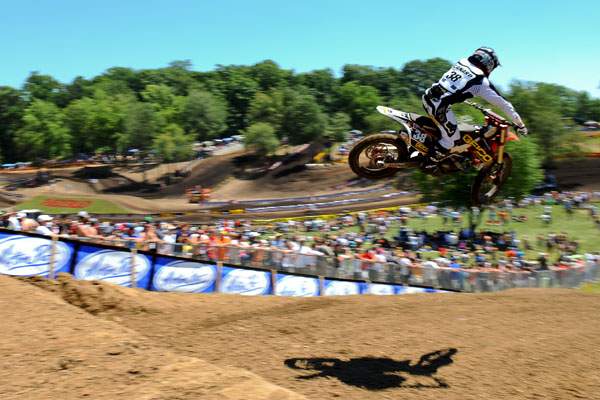 But Canard's win alone wasn't what made this race unique and special. The fact of the matter is that it wasn't all that special in the context of this incredible summer. In six races to date, this class has seen five different winners, and four of them are AMA National winners for the first time in their careers — Eli Tomac, Tyla Rattray, Dean Wilson, and now Canard.

While the absolutely fast yet physically inconsistent Christophe Pourcel still leads the class in general, his weak second motos have opened the door to this diversity at the top of the leaderboard. It's been helped along by the fact that we are seeing this class develop into a two-stable race — Monster Energy/Pro Circuit Kawasaki vs. GEICO Powersports Honda — with eight different riders capable of winning from those rival teams.

Check it out: All eight team riders were in the top ten overall at RedBud: Canard (1st), Justin Barcia (4th), Blake Wharton (5th) and Tomac (10th), and then Wilson (2nd), Pourcel (3rd), Rattray (6th) and Weimer (8th). That's a results sheet crowded with talent and speed.

But still, it's Pourcel who controls his own destiny here. He's got three fast teammates behind him (though, who would have guessed that Jake Weimer would be the only PC guy yet to win?) but he's got a good head on his shoulders. Until he makes a major mistake, or suffers a major mechanical like he did last year at Southwick, he's still the lead horse in this wild race. 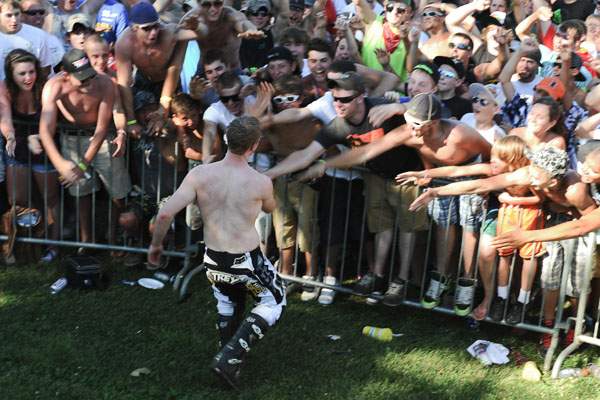