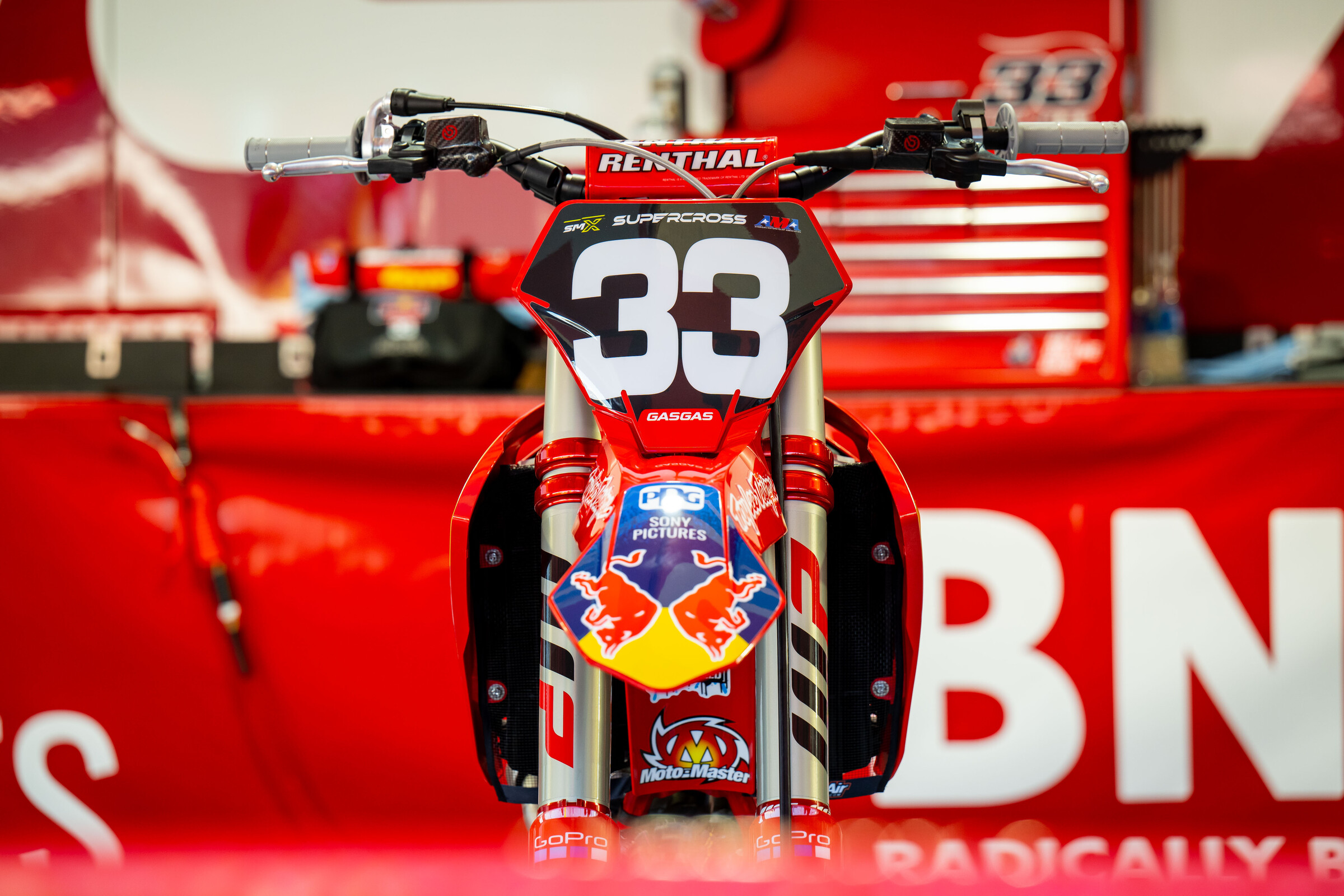 The 2023 season of Monster Energy AMA Supercross will resume this weekend in San Diego, California, after round two in Oakland was postponed due to exceptionally heavy rains and flooding in California. Check out our Injury Report for a list of those who will be watching from the sidelines.

Comment: Bloss suffered a tailbone injury in a crash in his heat at the opener. "We decided not to race San Diego this weekend," he said in an Instagram video. Bloss is aiming for a possible return at the Anaheim 2 Supercross on January 28.

Comment: Chisholm was finally able to start riding again several days ago after being sick for two weeks. He’s in for San Diego.

Comment: Hartranft was seriously injured when he went down headfirst while practicing before the season. He’s in recovery, and if you’d like to help with that process, check out the Upfits Trailer sweepstakes being organized for his benefit.

Comment: On Thursday, Steve Matthes reported that Musquin will miss the San Diego Supercross (and possibly more races) with a wrist injury from a crash this week. Neither Musquin nor Red Bull KTM has yet to release an official statement or announcement, but we will provide more information on the #25’s status for this weekend. [Update: January 20, 2023 at 10:30 a.m. Eastern] In an Instagram post, KTM has confirmed Musquin is out for this weekend.

Comment: Rodbell is likely to miss all of supercross due to a torn right Achilles tendon, which he sustained while practicing in November.

Comment: Brown crashed at A1 and took a big shot to his backside. He’s in for San Diego.

Comment: Forkner is sustained a knee injury at the season opener that will keep him on the sidelines for the remainder of supercross.

Vince Friese – Banged Up | Out

Comment: We weren’t able to get a specific description of Friese’s injuries, only that he was “sidelined” for the opener, although we did see him on crutches at A1. He will not race this weekend.

Kyle Greeson – Back | Out

Comment: Greeson is out due to a burst to his L3 vertebrae sustained before the season.

Comment: Mumford suffered a broken wrist in November. He’ll return on February 18 in Oakland as a fill-in rider at Monster Energy Pro Circuit/Kawasaki.

Comment: Pulley bruised a lung, strained his left ACL, PCL, and MCL, and fractured his sternum and two ribs in a crash during practice at A1. He’s recovering and says there’s a chance he’ll be back on the bike by the end of next week, and is looking at racing 250SX East, with a few 450SX rounds in the west.

Comment: Weltin should be ready to race when the 250SX East Region resumes following a torn ACL.