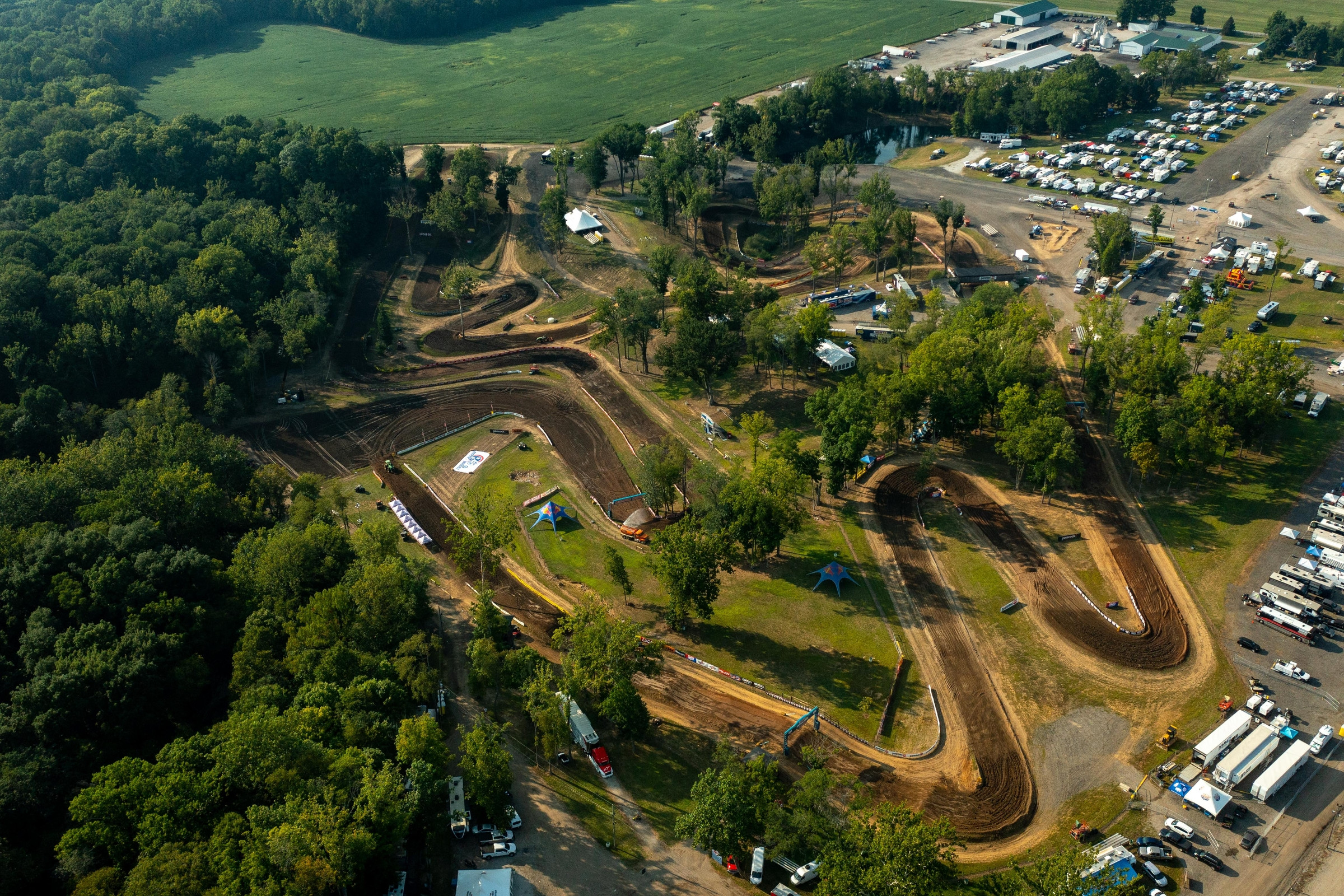 At the Budds Creek National last weekend in Maryland, it appeared Justin Cooper was untouchable after his run in qualifying was backed up by a huge win in the first moto, holding off title rival Jett Lawrence. Then in the second moto, where he has not been the same, Cooper seemed slightly off again. His teammate Jeremy Martin ran away with the moto win while Jett Lawrence finishes second. Martin is essentially out of the title fight (down 60 points from Cooper’s 367) but Lawrence gained a single point on the #32. Entering today’s tenth round, only three points separate the front two with three rounds to go. While the action on the track between them has been back and forth—lap time battles in qualifying, Jett has a good moto when Cooper struggles and vice versa—neither has been able to fully get ahead on the other. Could that change this weekend? And if so, whose direction does it change to? Cooper is still hungry for his first ever 1-1 day and wants to win this title after claiming his first AMA Supercross 250SX West Region title. Lawrence wants to return to the center of the podium again as well, and wants to win the title himself. And as his brother Hunter mentioned after last weekend’s race, a championship bonus could make a big difference for the entire Lawrence family.

In the 450 Class, while the championship is more one-sided towards Dylan Ferrandis, second-place Ken Roczen is still alive and continuing to fight. Roczen won the first moto, holding off a last-minute Ferrandis by just 0.384 seconds. When the second moto began, Roczen once again was leading quickly. But a charging Ferrandis—with Eli Tomac in tow—made a run from the top five early. Ferrandis claimed the race win in a statement day. Since he and Roczen traded moto finishes, they left with the same gap: 39 points. Remember, if Ferrandis has a 51-point gap or more after the completion of the second moto at the 11th round next weekend, he would claim the title early, which is probably how he would like to win it so the finale leaves nothing up for grabs for Roczen. Just as both Yamaha and Honda HRC are fighting over the 250 Class title, their respective premier class teammates are as well. For Ferrandis and Yamaha, this would be the first Blue Crew title since Grant Langston's 2007 title. For two-time champion Roczen, he is still fighting to become the first Honda premier class champion since 2004 when Ricky Carmichael had his second and final perfect 24-0 season. For more stats on specific title scenarios, read The List: Milestones If These Titles Happen from this week.

We’re hearing that Musquin is out for the day

Update: Musquin is out for the Ironman National due to a positive COVID-19 test.

Tune into the action today with the full schedule, which you can also view below.

In case you missed it, Humphrey County (where the Loretta Lynn's Ranch is located) had devastating flash floods last earlier this week. Because that area has been home to this industry for one week every year for the last 40 years, MX Sports has teamed up with Road 2 Recovery in order to establish the Racers 4 Waverly foundation that is collecting money that will go directly into the Waverly community. Several teams and riders have added the Racers 4 Waverly logo to their riding gear/bike graphics. Check out a few below.

And lastly, make sure to check out the key features of Ironman Raceway, courtesy of Luke Renzland. Renzland, who will once again be competing on his Husqvarna TC 125 in the 250 Class, walks around the track and highlights some of the best parts of each track. If you have not watched an “episode” yet, you’re missing out. Check out his Ironman “KEY FEATCHAZ” below.