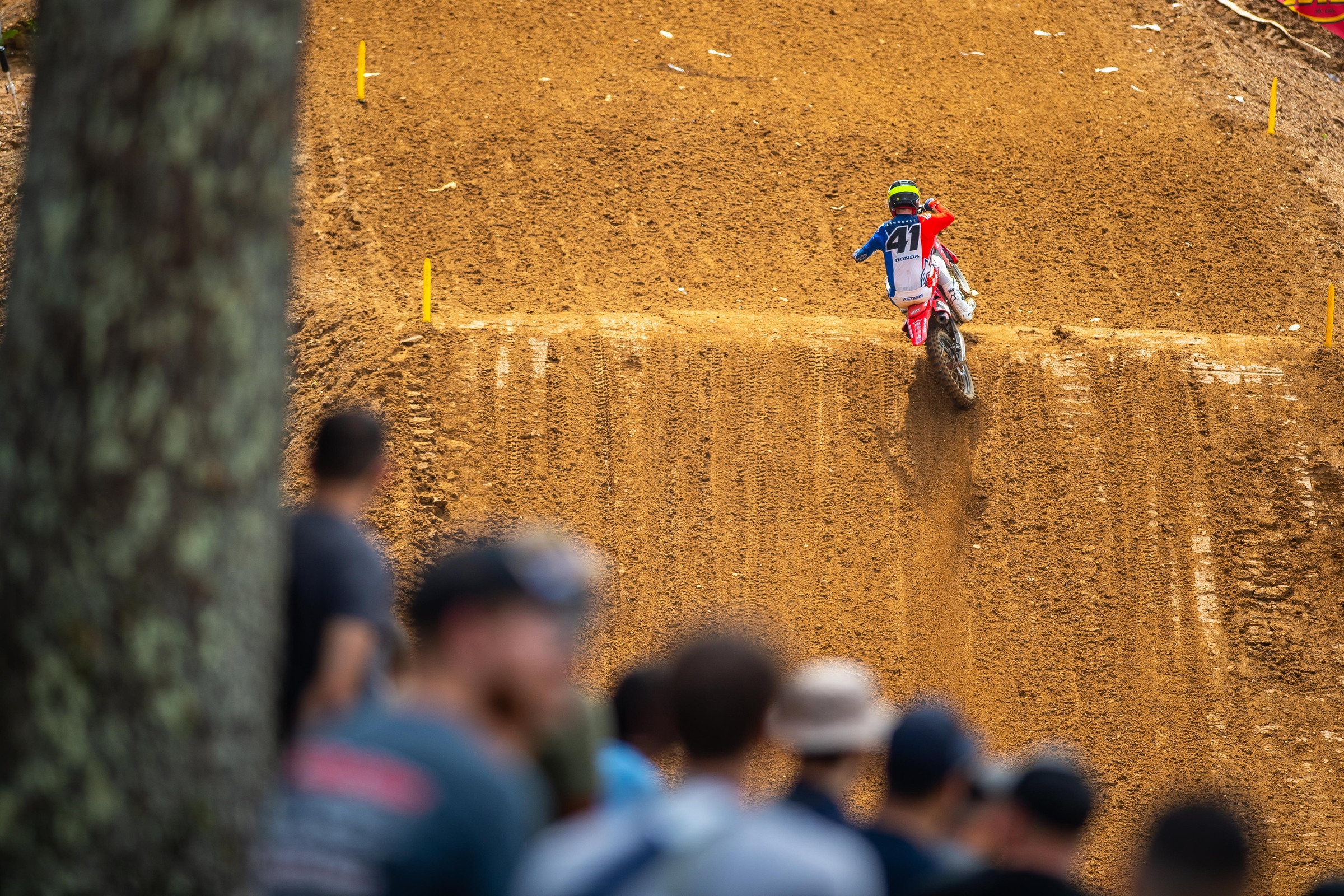 The resurgence of Jeremy Martin has pushed Hunter Lawrence back to fourth place in the 250 class standings of Lucas Oil AMA Pro Motocross Championship with just three rounds to go. While he focuses on that fight for his own glory, his younger brother Jett is on the precipice of winning the championship as he battles Justin Cooper. For Hunter, his results and riding might be a deciding factor down the stretch for this championship.

After his fourth-place overall at Budds Creek Motocross Park, Hunter spoke with the media via Zoom about that situation as well as being forced to withdraw from Team Australia’s Monster Energy FIM Motocross of Nations prospects.

Hunter, talk about your day. I overheard you talking to the media saying you weren't overly satisfied with your day either, even though you ended there on a strong note. You just missed out on the box there. Talk about your day and what you’re looking to do to close out the season with only three rounds to go.
Hunter Lawrence: For sure, it wasn’t the best day. The first moto really got away from us, just a few things out of my control. Starts are definitely going to be one thing that’s key on giving myself a better chance to be up there with them guys from the start. That first moto was not the best start. Just a few things go on that don’t normally happen when you’re at the front. That was just the starts. I feel like I had a bit of bad luck at Unadilla and then the first moto again, just things with the bike out of my control. It’s the sport. It’s a bit of a bummer how things go down sometimes, but it is what it is. Just enjoying it. Feeling healthy still, so that’s a huge positive in itself compared to where I was 11 months ago.

What happened in that first moto? We saw the fork guard hanging off. What was that from?
Yeah, actually the fork guard, I don’t really know. I noticed it a little later on that it was hanging off, which was kind of weird because I don't think I came in contact with anyone. Maybe just a rut pulled it off. My clutch adjuster broke, so I had no clutch from eight laps to go. Then seven laps to go, I ran out of tear-offs. So, I was trying to do the old wipe with my thumb and that just generally makes it worse because your gloves are all sweaty and stuff. So, it’s kind of trying to do the right hand and stuff. It was tough. I was feeling good. I was moving forward obviously after a bad start. I kind of was making passes and then I got behind Jalek [Swoll] and all that went on and I was trying to pass him, but it was tough.

We heard Jett give his take earlier just about not representing Australia at the MXoN. Are we able to just get your take on that real quick?
I guess that cat’s out of the bag now then since you’re bringing that up. We weren't sure on when we could actually talk about that. It sucks. If it were completely up to Jett and myself, we want to race it. We would be there. Unfortunately, with everything kind of going on right now and stuff, it’s not really up to us to decide. It’s a bummer. It’s one of the coolest events all year. It’s awesome. You get to represent your country. Even though the guys in the GP’s are tired, they’re nearly finished their long season or normally have finished their season—same with the guys here. Everyone is kind of looking forward to getting the last round done and having a bit of time off and whatnot. But even when they’re at the Nations they’re like, this is sick, and we’re glad we came. It’s a bummer to miss it. Me and Jett were going to be on the team for the first time together, so we were looking at a really good team. It sucks. Hopefully next year can be a little bit more normal and we can be there.

A little fun hypothetical, Hunter. Final race, final moto of the year. You pass your brother; you get the overall. You don’t pass your brother; he gets the championship.
I’ll be real with you. Team orders probably would come into play a little bit there, but at the same time, championship bonus could do a lot for my family. No one else has ever really been in a position like that. Obviously if I can’t win the championship, there’s only one other guy I want to win the championship. I think Jeremy [Martin] would say the same if Alex were in that position. Maybe it’s not the best answer to have, but it’s the honest truth. Anyone that knows the dollar figure for a title, it can do a lot for my family. So, 100 percent.

Watch the full 250 Class post-race press conference from the Budds Creek National below.