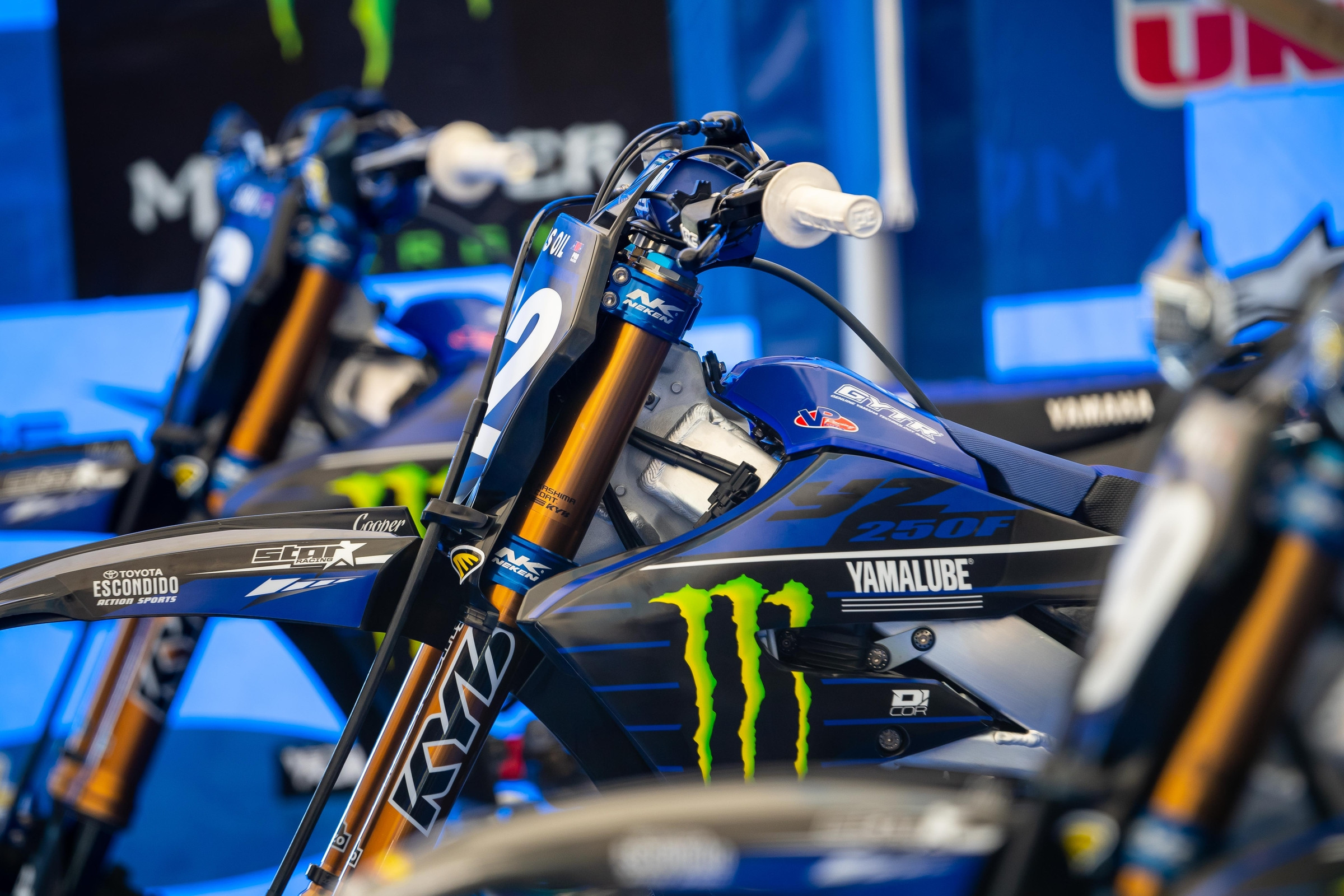 Lots on the line as always as we close on the conclusion to Lucas Oil Pro Motocross. The titles are always prestigious, but the title setups this year would lead to some interesting storylines and stats. Here are just a few:

2. Double Star: Star Racing Yamaha is in contention for both titles, the 450 crown with Ferrandis and the 250 title with Justin Cooper. The last time one team won both titles? Rockstar/Makita Suzuki in 2009, with Ryan Dungey (250) and Chad Reed (450).

3. Flip Side: Same stat here: if Honda wins ‘em both this year with Ken Roczen and Jett Lawrence, it’s the first team sweep since ’09. Honda last won both titles in 1995 with Jeremy McGrath and Steve Lamson.

4. Double Brands: Kawasaki would like to raise a hand to those stats above. What about one brand simply winning both titles in the same year, but on two separate teams? Kawasaki accomplishes this quite a bit, most recently with both 2019 titles via Eli Tomac on Monster Energy Kawasaki and Adam Cianciarulo with Monster Energy/Pro Circuit Kawasaki. Kawasaki has done the double quite a bit through premier-class riders like Tomac, Ryan Villopoto, James Stewart, Ricky Carmichael, and Jeff Emig coupled with the prolific all-time success of the Pro Circuit team in the small-bore class.

5. Star’s Run: If Cooper wins the 250 National Motocross Championship, it will be Star Racing’s sixth title in the last eight years in that class. Jeremy Martin, Cooper Webb, Aaron Plessinger, and Dylan Ferrandis have won this title on YZ250Fs during this era. Only Zach Osborne (Rockstar Energy Husqvarna, 2017) and Adam Cianciarulo (Monster Energy/Pro Circuit Kawasaki, 2019) have beaten the Star corps.

There’s one thing Jett can say, though: If he wins, he’d be the youngest 250F-mounted champion ever.

9. Roczen’s Third: If Ken Roczen pulls off this title, it would be his third 450 National Motocross Championship, but it would mark the longest gap between titles in this class. Four seasons have passed since his 2016 title with RCH Suzuki. The longest title gap currently is just two years, with Jeff Ward winning the 1985 and 1988 titles, and Ryan Dungey winning in 2012 and 2015.