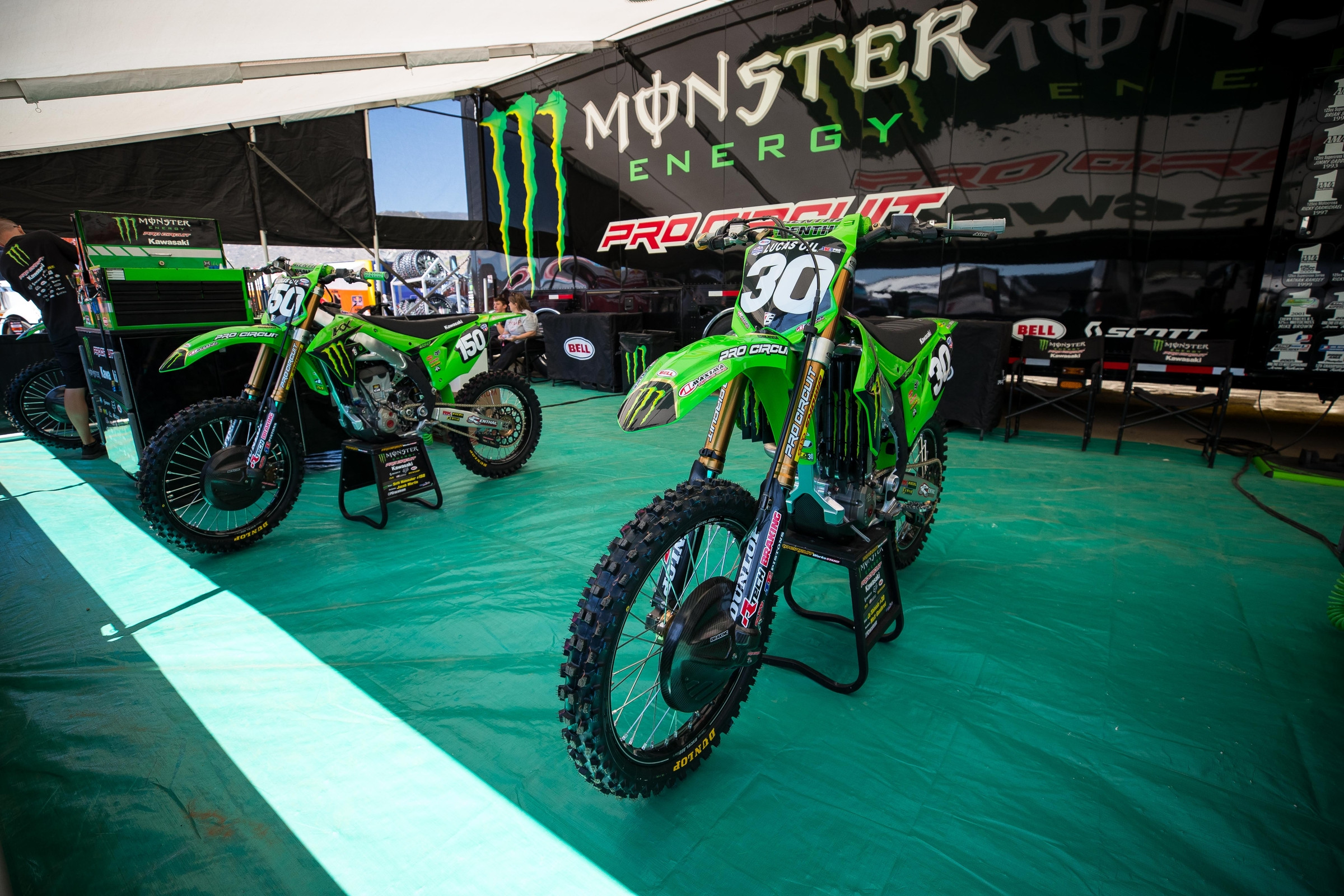 The five-rider Monster Energy/Pro Circuit Kawasaki team is now down to two healthy riders for this weekend’s second round of the 2021 Lucas Oil AMA Pro Motocross Championship. How did they get here?

So far, the summer has not been great Mitch Payton’s team. First, about two weeks before the start of the championship, Jordon Smith announced near the end of May that he would miss the entire championship due to a shoulder injury he suffered during Monster Energy AMA Supercross. After an injury ruined his final season with the Troy Lee Designs/Red Bull KTM team (2019) and a torn ACL ruined his debut season with the Kawasaki team less than halfway through (2020), fall after fall resulted in injury after injury (a thumb injury entering the season, getting clipped by a footpeg at the Daytona Supercross and needing over 15 stitches, taking the handlebars to the chest in Arlington all prior to the season-ending shoulder injury). Smith now has undergone surgery and is working towards coming into the 2022 AMA Supercross and Motocross year fully healthy.

Then at the opener, Cameron McAdoo went down with an injury that knocked him out of the second moto. McAdoo took to Instagram late Tuesday night to announce he had suffered a knee injury that will require surgery. With Smith out entirely and McAdoo out indefinitely, the five-rider team quickly diminished to a three-rider—wait, now rookie Seth Hammaker is out for this weekend’s race due to an illness. In an instant, the team has diminished to a two-rider squad consisting of veteran Austin Forkner and sophomore—and late signee—Jo Shimoda.

Hammaker was set to turn pro with the team in 2019 but a shoulder injury kept him on the sidelines. Then, in July 2020 ahead of the AMA Amateur National Motocross Championship at Loretta Lynn’s Ranch, the Pennsylvania native suffered from Epstein-Barr Virus. Once again a physical issue knocked him out of not only Loretta Lynn’s but also kept him from making his pro debut. When Hammaker finally made the jump to the pro ranks in February 2021, he delivered a 250SX main event win in only his third start at this year’s Arlington 1 Supercross. Hammaker earned three total podiums in his debut season before eventually finishing fourth in the 250SX West Region standings behind McAdoo. In his long-awaited Pro Motocross debut he finished 11-23 for 16th overall.

But today, Hammaker announced he will miss this weekend’s second round in Colorado—and possibly more—due to an illness. He posted the following on Instagram this afternoon:

Hey guys - so this isn’t the news I wanted to deliver this early into the season, but unfortunately I will not be lining up this weekend at Thunder Valley. I haven’t been feeling 100% lately and don’t want to risk injuring myself out there or do further damage, so I’m going to take some time to focus on my health. I will keep you guys posted with more on the situation as I know more. I’m hoping to be back for High Point, but we’ll make that call in a few weeks. Can’t wait to get back out there and see you guys at the races!

Without conditions remaining rather normal for the opener (around mid 70s), maybe the continuous grind of training caught up to the rookie and his Epstein-Barr Virus might have flared up again. From his social media post, whatever he is dealing with does not appear have a simple equation to fix but he is aiming at a return at the High Point National on June 19.

The GEICO Honda team ceasing operations after the 2020 Pro Motocross finale left all riders (team members and personnel) searching for options for 2021 and beyond. They eventually all found homes, including Shimoda who became Payton's fifth rider rather late in the off-season. But when it has come to time on the track and results, that last signee has proven to be the shining light of the team so far this season. Forkner only started two supercross main events before a broken collarbone forced a shift in focus to Pro Motocross. Smith started only four main events for the team for the second straight season before his shoulder injury. Now the issues to McAdoo and Hammaker that will keep them out for this weekend and the possible future, leaving Shimoda as the most active team rider this season (stay tuned for more on the Japanese rider’s season on the website tomorrow). The idea of signing Shimoda on as the fifth riders does not seem as crazy now, considering everything that has happened since. When the gate drops on Saturday in Colorado, Shimoda will be the only rider to lineup for every points-paying gate drop for Payton this year.

Now that Forkner is fully healthy, he is back competing in Pro Motocross for the first time since the 2018 championship but his wild, aggressive style and limited AMA Motocross gate drops have many questioning how his return to outdoors will go. Can he hold it together enough to battle for podiums and race wins? Shimoda has a calculated riding style and consistent speed but can he find another gear going against the Monster Energy/Star Racing Yamaha lead duo of Justin Cooper and Jeremy Martin, or speeders Jett and Hunter Lawrence? We left the opening round with many unanswered questions but we might start to see some come to light this weekend at the second round.