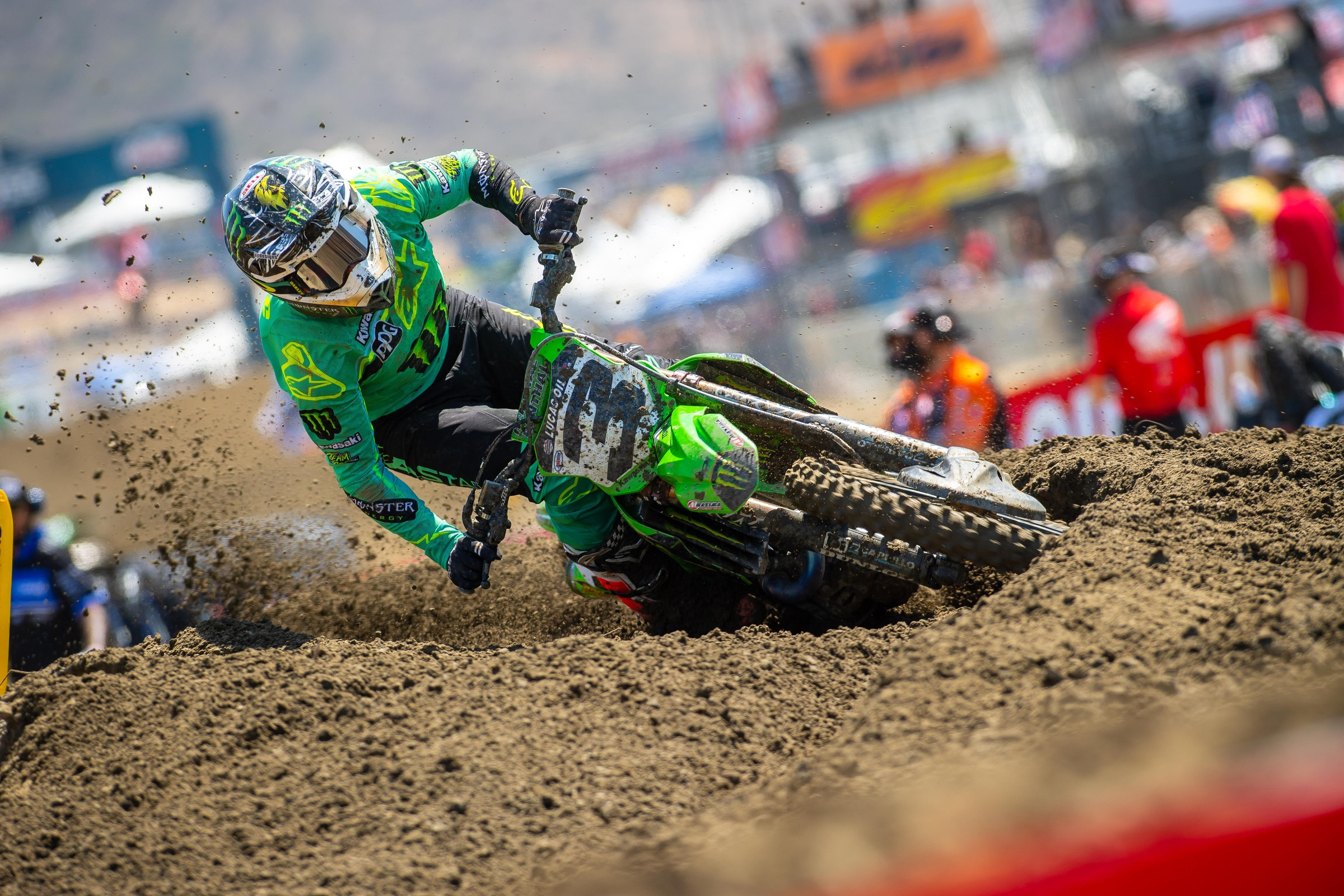 We know Steve Matthes and JT like to argue. A lot. About really anything. With that in mind we went and hacked into their emails to see what exactly they were arguing about this week. So you’re all in luck, here’s one of their many email exchanges this week…

Steve Matthes: Well JT, one round down and 11 to go here in the Lucas Oil AMA Pro Motocross Championship and like I wrote in my award winning Observations column, I’m just not sure how much I’m going to take from round one of a series. Remember Ryan Dungey sucking that one year he went on to win the title? Remember Chad Reed winning that one year (2010) and then he sucked? Remember Austin Stroupe winning the opener? And so on and so forth, you add in the fact that it’s a Southern California track where so many riders practice all year and the fact that the majority of the rest of the series is back east and yeah, opening rounds in California can be weird.

However we did see Eli Tomac, he of the four National Motocross Championships, just ride around towards the back of the top ten in the 450 class and that is something that I think is a bit alarming. He’s going into his home state of Colorado this weekend and I know it’s just round two of 12 but I would say this weekend is HUGE for ET. If he can battle for the lead pack and end up on the podium then we’re all good going forward and round one was just round one weirdness. However if he has another Pala ride at Lakewood, I would suggest you should pull OUT that panic button you had said you were checking on in the post-race podcast. What say you about ET and this weekend?

Jason Thomas: I do think you're on the right track for overanalyzing the opener. There are way too many things about the opening round that just don't really see continuation throughout a 12-round series. The southern California location is always at the top of my list for presenting results that may not be indicative for what we will see. There are too many riders that practice at this track week in and week out for it not to weigh on the results.

As for Tomac, it certainly wasn't a reassuring weekend for those wondering if he would find the form he showed us from 2017-2020. I am beginning to wonder if this will be a "going through the motions" summer as he prepares to transition away from Monster Energy Kawasaki and over to the Monster Energy/Star Racing Yamaha team. If he suffers through another ho-hum weekend at a track that he has ALWAYS ridden well, we will need skip the rummaging around with the panic button and go ahead and alert the authorities.

Matthes: Yeah, I’m with you on that one. This one is huge for ET IMO. By the way, this weekend’s race in Lakewood is a sneaky good race, always a lot of fun and great track to take it all in. I don’t think ET would be “going through the motions” as you put it with his impending move to Star Yamaha in 2022. I just think there’s too much money, he’s got too much pride to mail it in this summer. If he continues to get beat this summer, it’s because his window to be a champion has officially closed. Yeah, I said it. But it’s too early right now to declare that either way. I do think that the top three in the 250 class at Pala will be the main battle going forward. Add in a pinch of RJ Hampshire, Austin Forkner, and Hunter Lawrence here and there and we’ll have our main guys in that class.

Who had a sneaky good Pala that opened your eyes?

Thomas: Max Vohland's results don't jump off the page because he suffered a few mechanical gremlins throughout the day but he was very impressive. I didn't expect much going in, to be honest, but he was arguably the best rookie. I also believe Chase Sexton will be very much in the running to win this summer. He was thisclose to winning that first moto but a first turn crash in the second moto derailed an overall result that would grab headlines. Sexton has a real chance to put himself in championship contention in a class that doesn't seem to have an alpha.

Matthes: Here’s where we differ a bit, I’m totally with you on the Sexton thing, I mean the dude was 0.099 from winning the first moto. But the Maximus Vohland comment, I think he benefitted from riding outdoors for a long time after his injury and got the jump on the dudes, like an amateur rider coming into Hangtown or Glen Helen all those years. Maybe I’m wrong, we’ll see but that’s where I’m at with Tallon right now (called him Tallon in honor of Weege, BTW). Maybe I’m wrong, we’ll see but I think the big dogs get up to speed here shortly. Hey, question for you also, I know the Glen Helen has been the national track in SoCal forever but they’ve proven to be difficult to work with for MX Sports (sister company to this very website ICYWW) so the series has gone to Fox Raceway at Pala now for a couple of years. I think it’s great, viewing is a bit tough but it seems to have all the things a national track needs. Taking the silt they dumped on it this year out of the discussion, thoughts on Pala being the SoCal track?

Thomas: On Vohland, I think you may be right. He just qualified as the "sneaky" performance from Pala that I didn't expect. If he keeps that up, I will be both surprised and impressed.

As far as SoCal tracks go, Glen Helen is tough to beat as far as glitz, glamour, and legacy. There's just no way Pala, Lake Elsinore, or anywhere else can compare. Knowing the situation with GH, though, Pala has been more than adequate for Lucas Oil Pro Motocross. The dirt is certainly better on race day than on a random Tuesday and it appears they put in every effort to make the national a success. I think we should also give a nod to the promoters and also the Pala Tribe for putting on this event in the midst of a California shutdown last year. In a state where things have been difficult on every level, Pala has been a shining beacon.

Matthes: All good stuff JT. So this week my buddy Clinton Fowler pulled together the all-time MX moto win list after he noticed J-Mart was getting up there quite a bit. See the charts below and rattle off some thoughts of both of these lists filled with guys that you raced quite a bit.

Thomas: First, it's pretty impressive to see J-Mart that far up the list. I wouldn't have guessed he would be up there! If he has a great summer, imagine him catapulting all the way to third all time! That would be a career-defining stat. It's already staggering to think he has passed a 125 expert like Steve Lamson.

The other number that jumped out to me is Ryan Dungey's 450 moto wins: 68! That's incredible on so many levels. Remember, he had to face Ryan Villopoto in a couple of those seasons (and Stew, Reed, etc). If anyone ever doubted the summer dominance that Dungey wielded, this chart ends that conversation.

Matthes: Yeah, Dungey’s an all-timer for sure. I was impressed with seeing Hannah and Johnson still up there in the 250 class. Hannah rode 125s for a long time but was obviously still pretty good in 250s and RJ for two years only rode six 250 nationals (and then six 500 nationals) so his stats are affected by that. Also, I’m gonna get Clinton to pull out number of motos raced in each class beause he was telling me that J-Mart, although his win record is impressive, the number of motos raced is also way, way up there compared to a Stew or RV. Anyways, cool to see numbers like these!