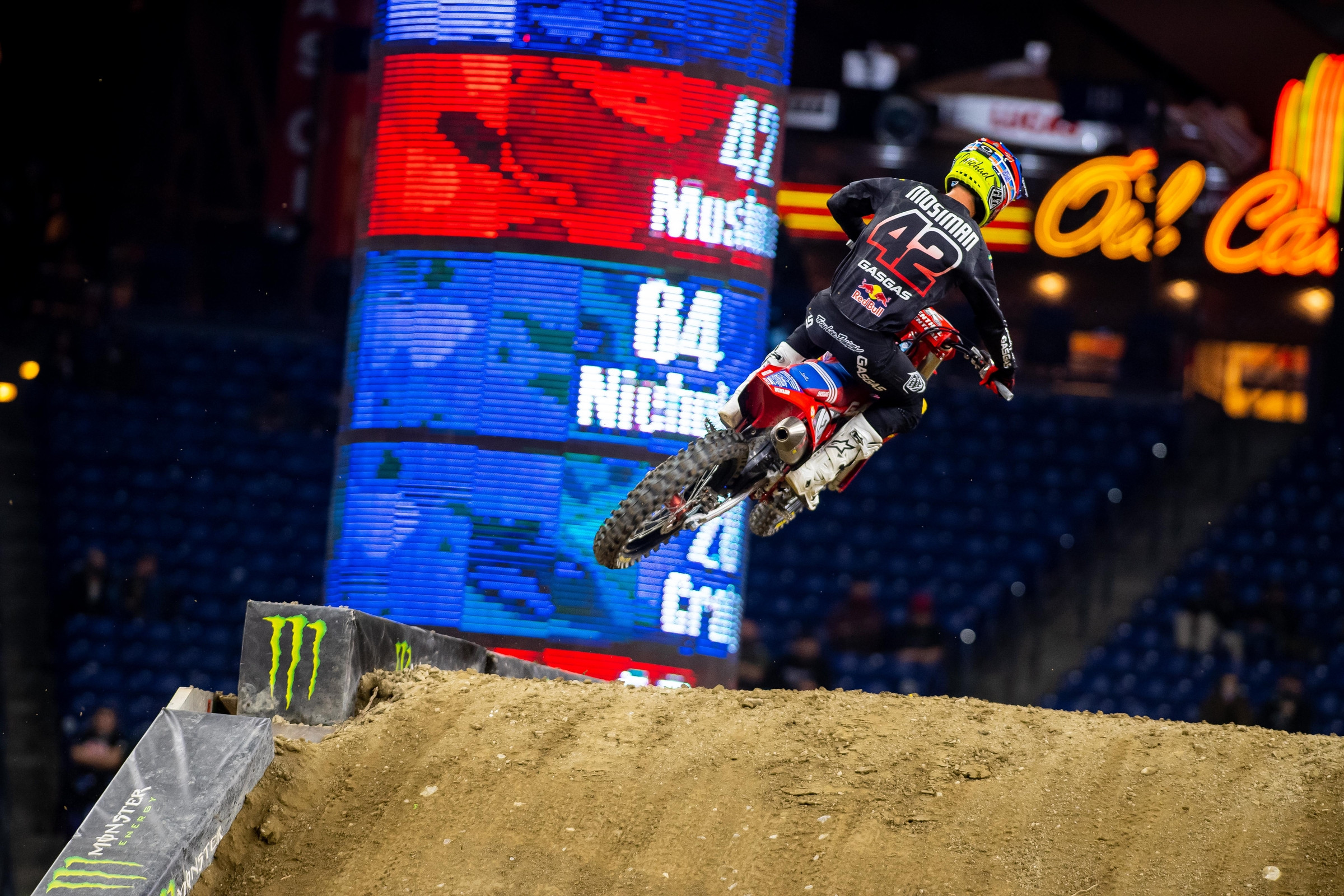 The gate is set to drop on round seven of the 2021 season of Monster Energy AMA Supercross on Saturday night. Check out this report to see who’s sidelined with injury.

Comment: Anstie was hoping to be back for Orlando one after suffering a back injury before the season, but has opted to hold off on returning to action until Orlando 2.

Comment: McElrath is set to line up to race in Orlando. It will be McElrath’s first race of the season following a separated shoulder suffered at the beginning of January.

Comment: Miller will return to racing this weekend after a sustaining a wrist injury last summer during the Lucas Oil AMA Pro Motocross Championship.

Comment: Politelli will be back on the gate after hitting his head in a crash at Indy 2.

Comment: Ray tested positive for COVID-19 and will miss Orlando. Pending a negative test, he’ll be back for Orlando 2.

Comment: Sexton, who injured his shoulder at Houston 2, will miss yet another round when the gate drops in Orlando this weekend.

Comment: Stephenson sustained a broken wrist, fractured sternum, and two broken ribs during qualifying at Indy 3. He’s out for the season.

Comment: Wilson broke his big toe  while practicing recently and missed the last three races. He plans on riding practice in Orlando and will make a decision on whether or not he’ll raced based on how he feels.

Comment: Forkner is out for Orlando after breaking his collarbone in Houston.

Comment: Hampshire sustained a dislocated right wrist, a fractured metacarpal in his left hand, and chipped a bone (ulna) in his forearm during practice in Houston. He’s out for Orlando.

Comment: Harriman tore a ligament and chipped a bone in his wrist during practice at Indy 3. He tried to ride in his heat race but was unable to do so. On Instagram he said he’d make a decision on whether or not he’ll race Orlando later this week.

Comment: Miller crashed in the main at Indy 2 and sustained an injury to his back. He’s out for Orlando.

Comment: Mosiman broke a metacarpal bone in his hand during qualifying at Indy 3. The injury will not require surgery, but Mosiman will be in a cast for three weeks.

John Short – BANGED UP | OUT

Comment: Short got caught up in a first-turn crash in the main event at Indy 2 and got banged up. Earlier this week Short told us the plan was to give it enough time for him to be able to race at 100 percent. He’s not quite there yet and will miss Orlando.

Comment: Vohland crashed in the whoops during qualifying at Indy 1 and sustained a dislocated hip. He’s feeling good but will sit Orlando out.

Comment: Cooper crashed while practicing and suffered a broken bone in his foot. He expects to be ready for the first round of the 250SX West Region.