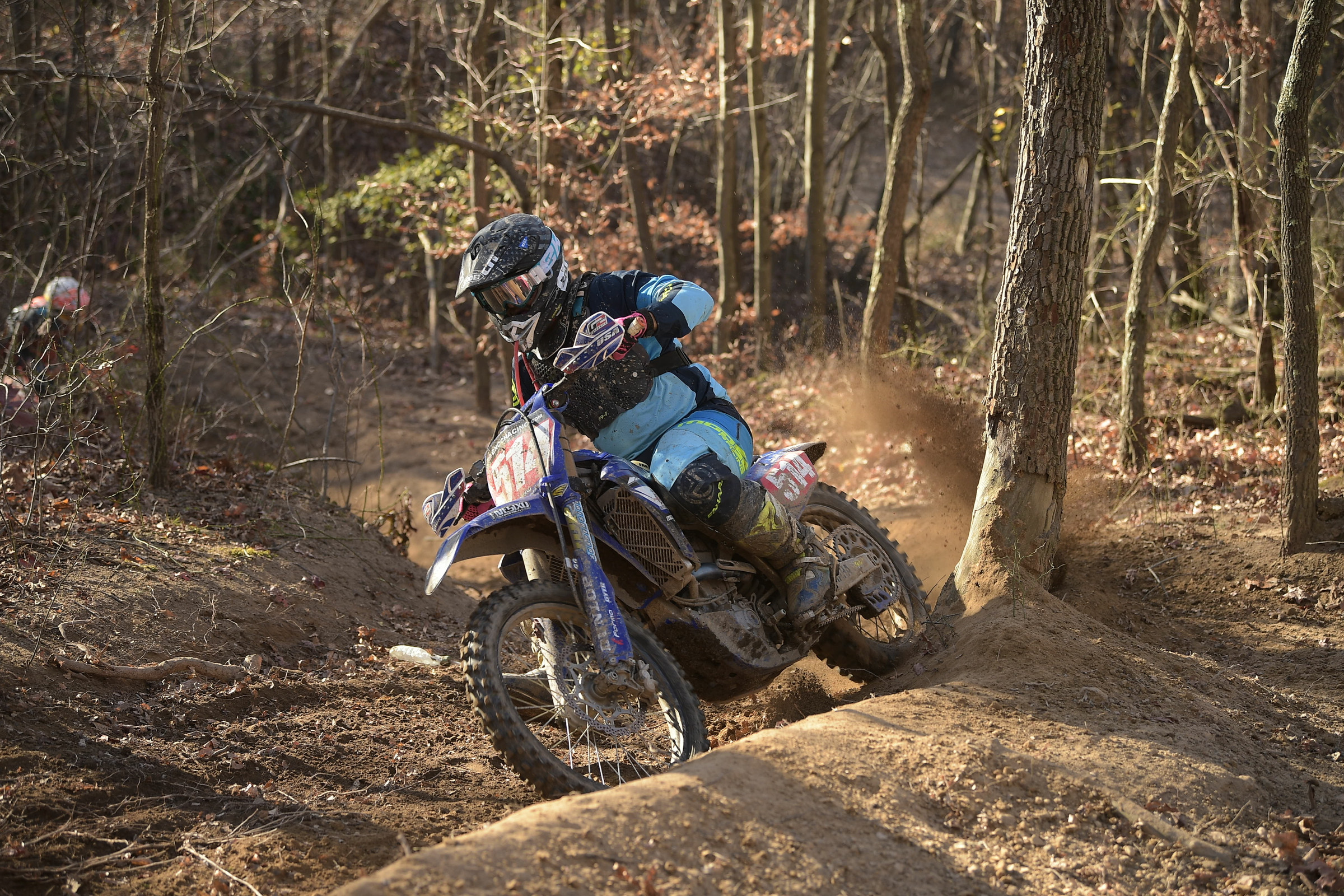 The final round of the 2020 GNCC Racing season would see the series head to Newburg, West Virginia, for the first-ever Buckwheat 100 GNCC. The venue, CJ Raceway, is no stranger to off-road racing as it’s hosted many local events for a number of years but this would mark its first venture as a GNCC venue. A slightly technical course with plenty of turns and a few rocky areas made for a pretty exciting race. Here’s what we learned.

Position Swapping at the Front of the Pack

After grabbing the holeshot, Jordan Ashburn would continue to lead the opening laps of the race. The technical terrain really seemed to suit Ashburn, but of course Steward Baylor excels in this type of terrain also, as does New Englander Ben Kelley. These three of these guys came into this event as ones to watch. Kailub Russell would end up sitting out what was originally intended to be his final professional GNCC event, and with Thad Duvall and Trevor Bollinger (this event being his first GNCC race in 2020 after a knee injury in early February) still getting back into the swing of things after spending most of the season injured Baylor, Kelley, Ashburn, and Josh Strang were the four riders most folks expected to see up front.

Unfortunately, Strang would suffer from brake issues, which would ultimately take him out of contention for a podium finish. Bollinger and Duvall, both on the mend from serious knee injuries, ran up front early before dropping out of contention.   Thad ran in second place for the opening laps of the race, which was great to see. Unfortunately, “Bad Thad” would also eventually drop back, but it was good to see the Rockstar Husqvarna teammates back on the track and getting some race laps and they prepare for 2021.

Drama at the Finish

The biggest storyline of the weekend came at, and after, conclusion of the 1 p.m. Pro bike race. Ben Kelley and Steward Baylor swapped the lead back and forth several times through the closing stages of the race. Kelley would lead the way at the white flag, but Baylor would put on a last lap charge. Radio reports from the GNCC track crew said that Baylor had actually passed Kelley around the halfway point of the final lap. Then in the later portions of the final lap Kelley would find his way back into the lead.

When the checkered flag flew it was actually Kelley who would cross the finish line first with Baylor just over one second behind. After three hours and one minute of racing, the top two riders were separated by just 1.488 second! This is an impressive feat, but unfortunately for Kelley the top two would end up being reversed after the finish.

During the race, Kelley mistakenly took a line that violated the track rules. Kelley mentioned in an Instagram post that it was just a “dumb mistake on [his] part” but also mentioned that rules are rules. Kelley was given a one-position penalty, so Baylor took the race win. Regardless, both of these guys battled down to the wire and with the winter break now underway it gives them lot to think about heading into the 2021 season. It also sets them up as two of the favorites when next season begins.

Undoubtedly, this was a pretty interesting way to end the season. While it was ultimately a heartbreaker for Kelley, the confidence boost that he received from putting together everything for a win (minus one costly line choice!) is huge heading into the off-season. But Baylor is on a roll, also. In the final five races Baylor came away with four wins, which ultimately sets him up as the top guy to watch in 2021. But he's still yet to announce his plans for next year!

The battle for the XC2 championship this season was one of the most hotly contested battles in the history of the class. Craig Delong, Mike Witkowski, and Johnny Girroir all swapped race wins and the points lead multiple times. Girroir held the lead for several rounds, up until the Ironman GNCC when he would go down hard on the final lap and suffer a pretty serious concussion. It would be serious enough that Girroir had to sit out the final round, leaving a two-rider battle between Delong and Witkowski.

Okay, so remember that XC1 drama from above with Kelley and Baylor? Here we go in XC2:   Witkowski led nearly all the laps, except for the second lap when Liam Draper would find his way into the lead. Eventually, Witkowski crossed the finish line first but had taken the same line as Ben Kelley and suffered the same one-position penalty. The race win would end up going to Craig Delong with Witkowski second with Cody Barnes rounding out the podium in third.

Delong just needed to finish inside the top five to wrap up the XC2 class championship so the race win was more than good enough to give him his first-ever XC2 class title. At least the penalty on Witkowski wasn't a title decider. Delong made his XC2 debut at the end of the 2014 season after wrapping up the 250 A class championship. After entering the XC2 class full-time in 2015, Delong has always been Mr. Consistent by consistently finishing inside the top five for nearly all of the XC2 races he’s entered.

Delong took fourth place in the 2015 points, second place in the 2016 and 2017 points, third in 2018, second in 2019, and finally claimed the XC2 title in 2020. He had been racing for the Coastal Racing Husqvarna team but was brought onto the Rockstar Energy Husqvarna team in March when Bollinger and Duvall were out injured. Rockstar Husky's move to sign an XC2 rider instead of replacing DuVall and Bollinger in XC1 paid off with a championship.

Delong will come into the 2021 season looking to repeat as XC2 champion, but with as close as this season was, don't expect a repeat to be easy. You can bet Witkowski and Girror are already thinking about 2021!