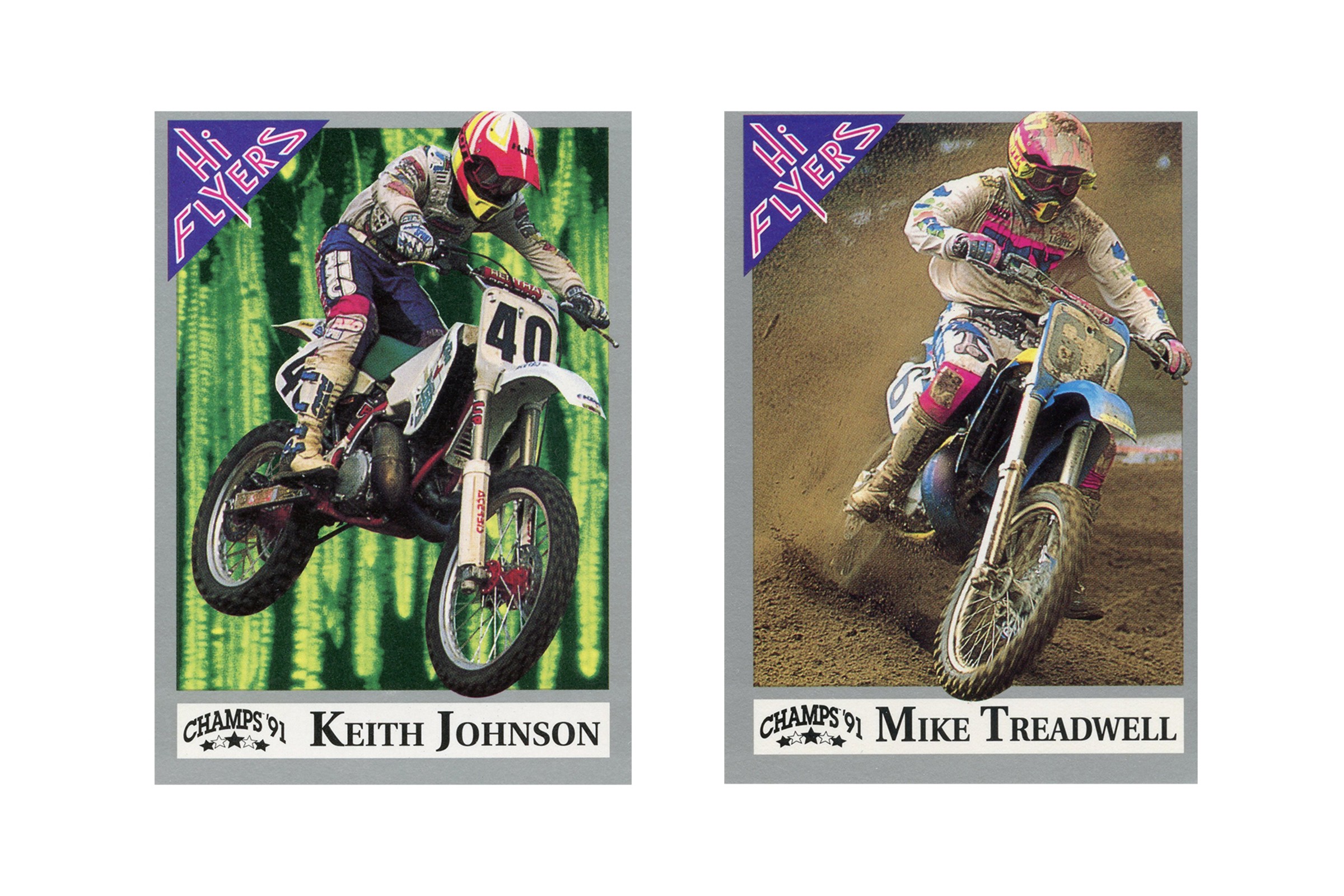 Yeah, we’re all on lockdown right now as the SX season pauses and we all try to think about what’s next. I don’t know much other than I’d like to read and listen to things that don’t use the  word “pandemic.” So why not try to walk down memory lane?

Background: “Tread” is an NESC (New England Sports Committee) legend of course and just a hammerhead of a racer. He raced two classes in the Canadian nationals for a long time and was top ten in Canada a ton in both divisions. In the USA, Tread was one of those guys that was better outdoors than in and in 1991, he only raced three nationals because he was probably racing locally in 1991 and crushing it. He got 12th at the Southwick National in ’91 while his buddy KJ below got 10th. One year, KTM gave him a factory 125 in place of the injured Grant Langston, but Tread broke his hand. Like the ironman warrior he is, he still nearly got a top ten.

Matthes Tie-In: Tread and I know each other but aren’t that close, but because he raced in Canada forever, I do know people that are great friends with him. Everyone I know loves Mike Treadwell, he races hard but fair and he’s tough as nails. I did a podcast with Mike a few years ago you can listen to.

Weirdest Thing about This Card: Mike’s wearing the Fox gear with the bones on it and I always found that stuff weird. Swing and miss for Fox for once I suppose, Damon Bradshaw wore this at the MXDN one year and crashed badly, does the bone in the gear break when you crash and break a real bone? I bet it’s mandatory for all of the Hi Flyer NESC guys photos to be taken at Southwick like this one.

I asked Mike about this card: “These cards are always popping up! This was 1991 Suzuki 250, I think it was actually taken at Southwick if I remember right I had a pretty good winter series at the winter am races heading into this season. Myself [John] Dowdy, Keith Johnson, Pat Barton, and Carl Vaillancourt all rented a house together and we really pushed each other every day ... everything was a competition so it made for a really fun winter... I actually had quite a few battles with your hero Rollerball [Ross Pederson] that winter !!!! All in all these trading cards have been a really cool thing, I’m happy to have been included all those years ago. I hope you are well buddy maybe we will get to see each other at the ‘Wick if they ever get the races going again.”

Background: Keith was another one of those NESC guys that were all so damn fast. Sure, everyone knows about Doug Henry and John Dowd, they’re all-time legends, but there were these guys like Keith from that area that were a smidge slower but still put in great results. Keith had his best season to date on this factory KTM that was heavily influenced by Broc Glover, who helped develop the bike for them in 1989. Yes, Keith got his best finish of the season at Southwick in case you were wondering.

Matthes Tie-In: I don’t have much with Keith (he’s a good dude, I did a podcast with him you can check out.) And when I went to go work at KTM in 2000, the only real success they had in SX/MX was with Keith and Mike Fisher so there were plenty of stories about them from Tom Moen over there.

Weirdest Thing about This Card: Well I remember when HJC helmets launched and how weird they looked and how heavy they were. I had one of these helmets like KJ is wearing here, but other than red hubs and lime green seat and graphics, not much else is weird here. Strong AXO gear look right here.

I asked Keith about this card: “Nineteen ninety one... My second year with Factory KTM. But that was before KTM's were cool! It was a good year though because Mike Fisher came over from Kawasaki. That was a huge help in so many ways. Fish was a test rider at Kawasaki and his ability to make a bike work better was amazing. I learned so much that year as a racer, test rider, training, etc. And it was all due to Fisher being there. I became a pretty good test rider over the years due to him.”