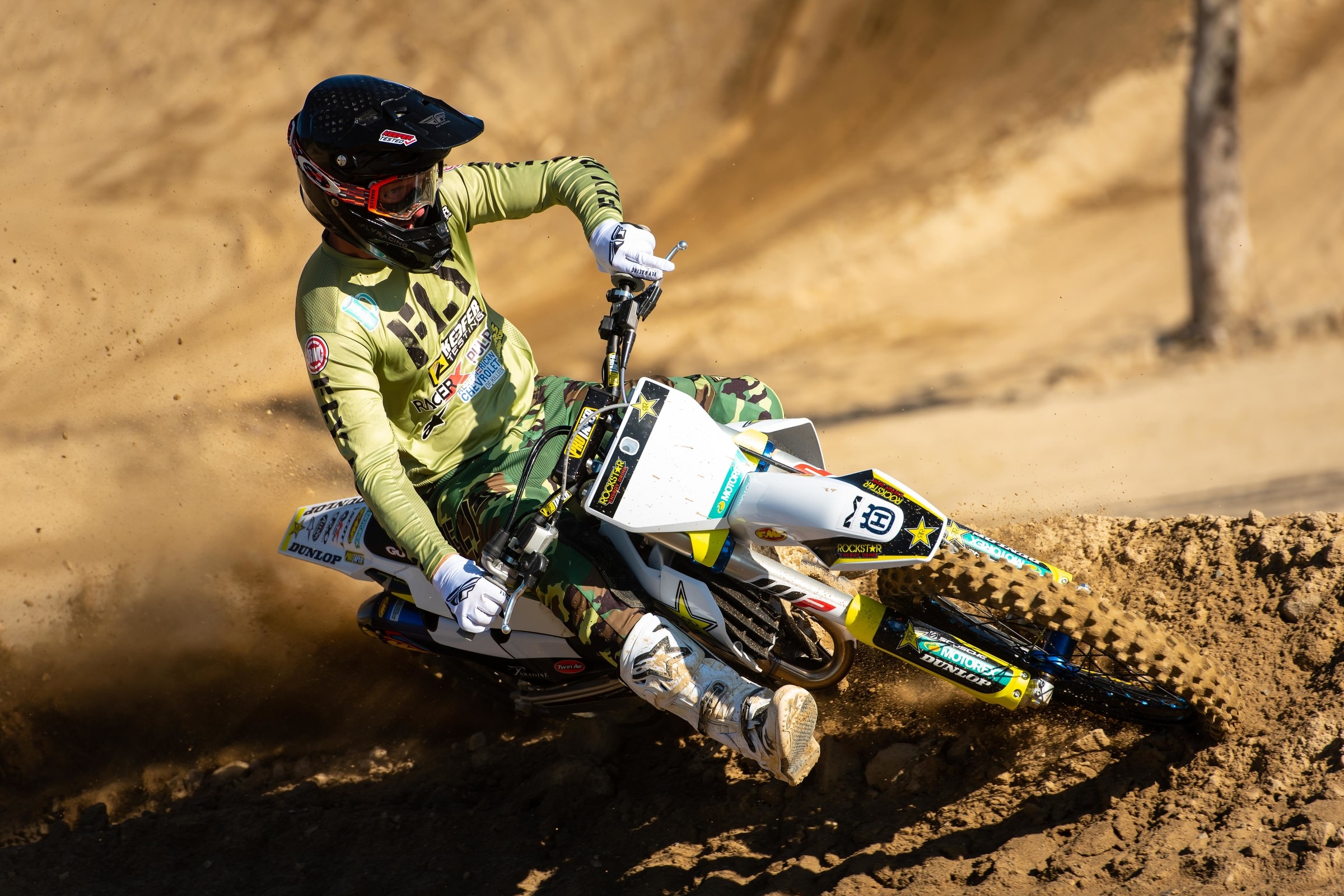 Living in quarantine? Have a lot of time to think about stuff? Well, now we can provide a home for your deep thoughts. We let you folks fire some questions off to former pro and testing guru, Kris Keefer, and he provided answers.

Hey Kris, how are you?
So, I own a 2018 CRF250R and I have a problem with the side number plates. I am used to riding with my toes on the pegs and that drives my feet back, that way I put a lot of pressure on the number plate with my calves. Obviously under that is the exhaust, so I’ve been burning a lot of number plates and I’m starting to break my pipe. Do you know something I can do to fix that?

Kris Keefer: Pedro,
There are a couple companies you can try that use really good exhaust heat shield tape/barriers. A company called Helix or DEI can help you from burning up your number plates.

What fuel do you recommend breaking in a two-stroke with? If I plan on running C12, is that ok for break in?

Hi Kris, in your opinion, how competitive will a new KTM 250 SX (two-stroke) be with a two-stroke skilled senior/vet rider racing in senior/vet classes?

Brad,
In the Vet classes I think it’s a great choice to stick with what you know and if you know two-strokes then that is just fine. However, just know that you might not get the best starts if your local track has deeper soil and you’re up against 450 four-strokes. Hopefully your 250 two-stroke expertise can get you past those bigger bikes later in the moto.

Hey Kris, I have a 2012 KX450F and I'm curious on how its pure performance stacks up against current bikes (engine power/broadness, chassis). I see the numbers; I'd just like to hear from seat of the pants perspective. Thanks!

Salvador,
The 2012 KX450F was one of the best bikes for many years. In fact, a lot of other-colored manufacturers used that model as a baseline test machine. They used the KX450 as a benchmark in order to measure how good their new models actually were. The 2012 Kawasaki frame still has one of the better frame characters out there. It has great bump absorption, is stable and can still corner decently. The 2019-2020 KX450 engine is much better however than the 2012. The 2012 has a lot more engine braking than the 2020 model and that simply makes the 2020 model feel lighter. If you could grab the 2012 chassis and put the 2020 engine inside it, you would now have a machine that you and I need to ride ASAP!

Hey Kris, why aren't you using Black Heart MX graphics?!? You're missing out!

Apologies Black Heart MX… Didn’t know anything about ya. Noted.

2) My ‘16 YZ450 has stock gearing. Second is too short and third is too tall. Should I buy a power tuner or just play with gearing? Or both?

Peter3,
Mistakes are going to happen and you’re going to be over jumping a lot more kickers in your time. It sounds like what you did was exactly what you’re supposed to do, but you forgot one thing. Tighten up your core, bend your legs slightly and loosen up your arms. It sounds like you were stiff in all the wrong areas. Don’t worry, it happens!

Good day Kris! I have a 2018 Suzuki RM-Z450. I thought about buying a 2019 Yamaha 450F, but I’m 6’1” and with my long legs it doesn't feel comfortable to stand up. The only thing I don't like about the Suzuki is its BFRC shock. If I put the RM-Z250 shock on will it be enough to actually feel it? And I also want to know if with a Vortex ECU will help make the yellow bike handle better? I’m a 43-year intermediate veteran.

Oscar, The RM-Z250 shock is much better and can make the 450 calmer when off throttle (deceleration). The RM-Z450 will have less kicking and less feedback to the rider, which can make the bigger Suzuki easier to manage when the track gets rough.

The Vortex helps mid-top end pulling power and if mapped correctly, is a great addition to this bike. The Vortex ECU can help make the Suzuki feel lighter coming into corners as well as give the chassis a slightly less rigid feeling on acceleration bumps. This is all because of the freer feel that Vortex ECU provides.

Hi Kris, I really think it's time the AMA, MX Sports Pro Racing, and Feld get behind the 250 two-strokes racing with the 250Fs like we do in Australia. What do you think? The sport’s going to need something moving forward, if the amount of bikes, gear and trailers for sale is anything to go by.

Aussieblue,
While I am not going to argue that getting two-strokes more into AMA Pro Racing can’t hurt, I also think it will not change the sport as much as you may think. Most of the top riders are going to want to race a 250F compared to a two-stroke anyway, so at minimum you may see some LCQ bubble type riders’ race two-strokes because they think it could be an advantage. Manufacturers will not put their top riders on one of their two-strokes (if they even make one) because most riders would refuse to ride one, especially if they only hop on for a couple of weeks! It is simply much harder to go faster on a two-stroke than it is a four-stroke. I can see doing the two-stroke in the 250F class on the amateur scale (which is already the case in some races), but as far as professional motocross racing goes, we will not see that happen in a very long time, if ever again.

O’Braun,
Factory bike frames/swingarms have to be in a production form. Teams can add material in areas of the frames yet can’t take away any material to the frames. Unlike the GPs in Europe, our factory bikes here in the states are more production than you think.