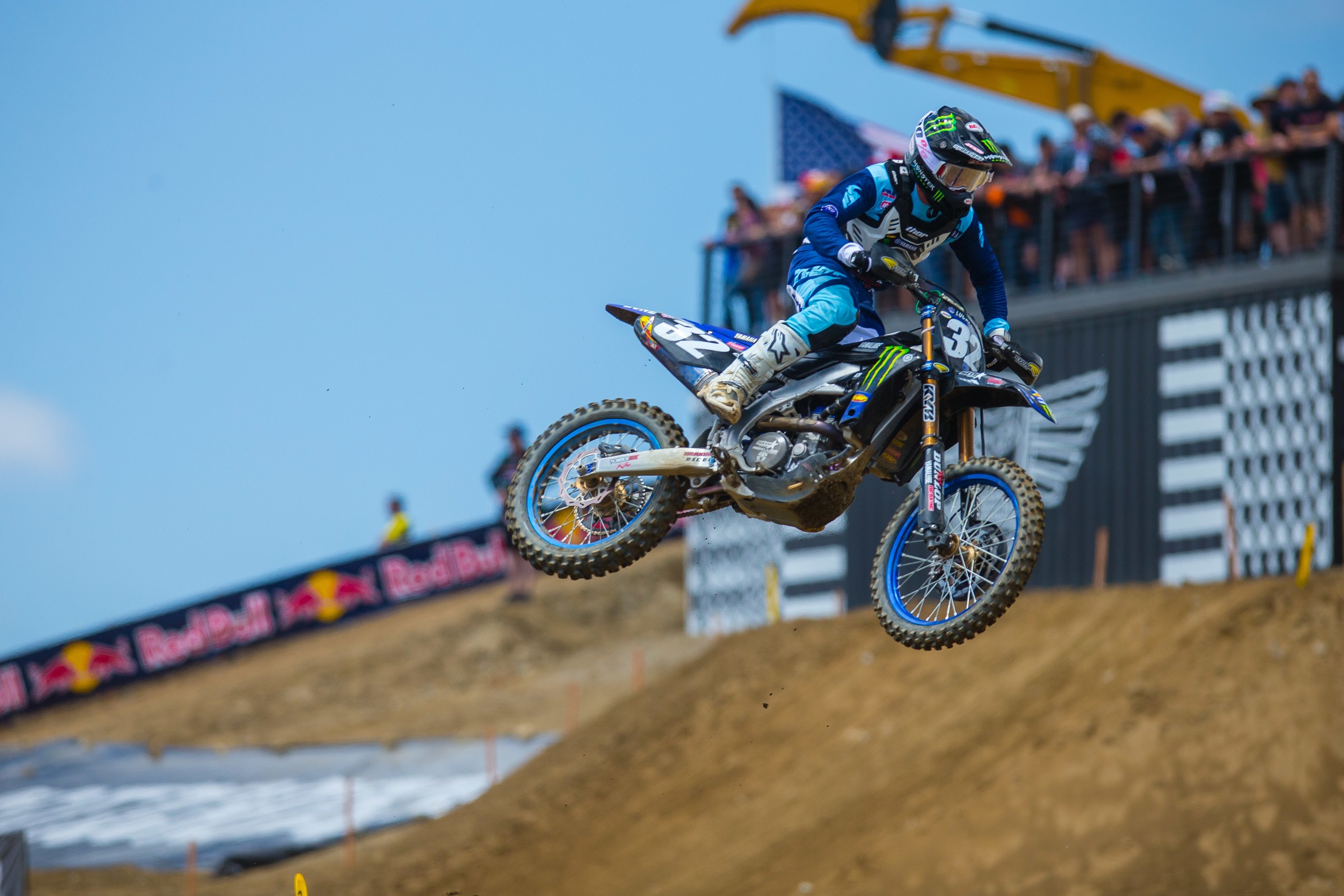 Two thousand nineteen has not been kind to Justin Hill. After what is certainly considered an underwhelming supercross season, Hill put in a disastrous ride at Hangtown, going 16-21 for 21st overall. The finish seemed to forecast a stormy season for Hill, but somewhere during the week the clouds parted, allowing the sun to come out at Fox Raceway, where Hill put in a much-improved performance to earn seventh overall via 8-7 moto scores. Afterward Hill told Racer X he hasn’t been happy with the way he’s been riding, and has taken steps to turn his year around. It sure showed last weekend. Will the progress continue at Thunder Valley? –Aaron Hansel

Knocking on the Door

Zach Osborne has been great in his first two races in the 450 Class. He narrowly missed the podium at Hangtown thanks to a minor crash on the last lap of the first moto, and he took fourth yet again last week in Pala. These results haven’t been handed to him either—he came from way back in the second moto at Hangtown and didn’t get great starts at Fox Raceway. Even still, he’s knocking on the door of the podium. If he can nail down some good starts in Thunder Valley, he just might stop knocking and kick the door down. -Hansel

In case you missed the press conference from Fox Raceway last week, Dylan Ferrandis wasn’t too pleased about the way the second moto played out, especially the start, where he went down after Adam Cianciarulo got into him. Ferrandis seemed to speculate that the move was done on purpose, while Cianciarulo insisted rubbin’s racin’ and that intentionally taking a rider down isn’t something he does. Cianciarulo ended the conversation by joking (we think) that Ferrandis would be paying him back sooner or later. Well, Ferrandis will have his opportunity this weekend—we’ll see if he takes it. -Hansel

Before the second moto, RJ Hampshire had a great day going in Pala last weekend. The GEICO Honda rider was involved in a thrilling battle for second with Cianciarulo, and despite immense pressure, was able to hold off Cianciarulo for the runner-up spot. Things went sideways in the second moto though, when Alex Martin collided with Hampshire, causing irreparable damage to the cooling system of Hampshire’s machine. It was a frustrating end to a day that started off extremely well, but if you’re Hampshire you’ve got to be pumped on how the first moto played out. Look for Hampshire to come into Thunder Valley with a full head of steam. -Hansel

Had you told Justin Cooper he’d start the season off with a pair of second overalls, he probably would have been fine with that. That said, he probably wishes the second motos of each round so far had played out differently. After winning the first motos at Hangtown and Fox Raceway, Cooper’s taken fourth in each of the second motos, handing both overall wins to Cianciarulo. The series now heads to Thunder Valley, where Cooper won the first moto of his career last year. If he wins the first moto again and is able to stay strong for the second moto, he just might bag his first overall win as a professional. -Hansel

Don’t look now, but Eli Tomac has reeled off three straight moto wins, including come-from-behind wins in both motos at Fox Raceway. This isn’t abnormal for ET3, remember, he won eight of the first 12 motos in 2018 en route to a second straight 450 Class title. He attributed his first moto win to just riding better: “The first moto, I just rode better in the second half of the race,” he said in the press conference after the race. “I had better lines and just kind of loosened up. Last week [Hangtown] in the first moto I kind of tightened up and went backwards.” While Tomac grew up more than six hours away from Lakewood, it’s still considered a home race. We’ll see if he can rip off another perfect day tomorrow. -Chase Stallo

It’s crazy to think, but Jason Anderson has never won an overall in the Lucas Oil AMA Pro Motocross Championship—in either class. Most expected a slow start for the 2018 Monster Energy AMA Supercross Champion after he missed most of the SX season due to injury, but he’s come out firing with 2-5-4-5 motos to begin the year. Anderson is certainly close, but can he find that extra bit to claim his first career overall? -Stallo

Entering Pro Motocross, no one knew what to expect from Ken Roczen. He’d been battling an illness, and even he wasn’t sure how he’d feel week to week. Well, then he went out and won the opener, his first overall since 2016. He then led 13 of 16 laps in the first moto at Fox Raceway before Tomac caught and passed him for the win. Ken took third overall following a third in the second moto, but he said post-race that his goals are long-term. “Obviously, we want to win but we also have a championship mentality and are in this for the long run, so I’m totally fine with third place. This was my first national here at Fox Raceway and it was a tough day. The track was gnarly so you really had to be smart. I didn’t feel the greatest so to still come out with a podium is good.” -Stallo

Monster Energy Factory Yamaha’s Justin Barcia is fighting through two wrist injuries sustained in Monster Energy AMA Supercross, and while he pulled the plug early on his supercross season, he’s definitely not 100 percent yet. “It’s always frustrating when you’re not where you want to be. I wasn’t able to do anything before the start of the season,” he told our Steve Matthes after Fox Raceway. “I pulled out of supercross early to try and get healthy and try and start training but my wrists felt weird… my one wrist really just needs to heal and my other wrist down the road is going to need surgery. I can deal with that, it’s not that bad. My one that’s just healing is annoying.” We haven’t seen the Barcia capable of winning motos yet, and we might not until his wrists improve. -Stallo

After a slow start to his 2019 Pro Motocross campaign, things got worse for Blake Baggett last weekend when he injured his wrist after crashing hard in the first moto. With moto finishes of 6-10-33-14, Baggett is already facing a 60-point deficit in the point standings. We’ll see how his wrist holds up this weekend. -Stallo