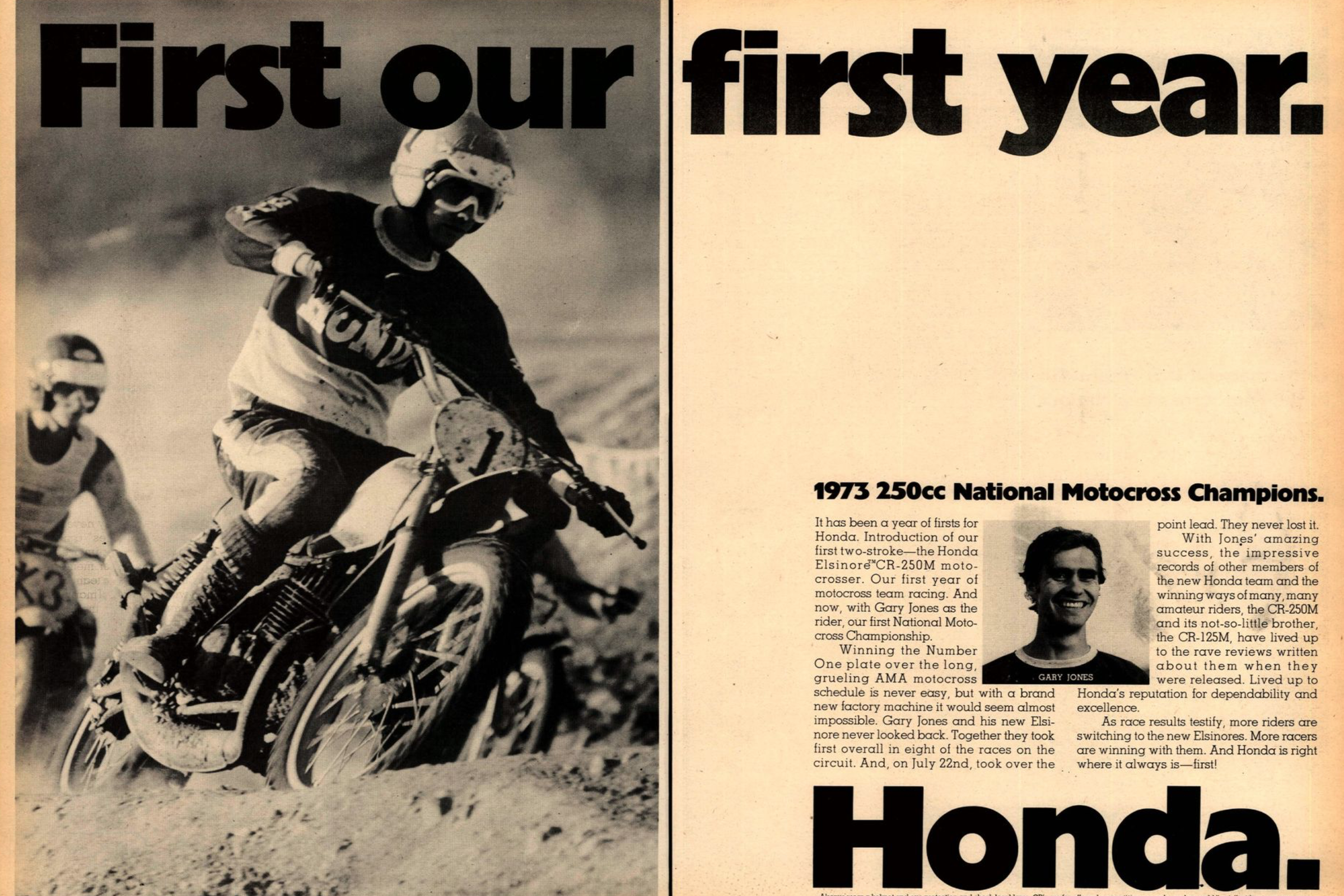 On This Day in Moto September 9

The AMA 250/500 National Motocross Championship come to a close at Motocross West outside of New Orleans and Team Honda's Gary Jones manages to give the brand it's first #1 plate in motocross on the brand new Elsinore CMR250M. Jones wins the 250 National finale as well over Kawasaki's Jim Weinert, Suzuki's Roch Thorwaldson, and Yamaha's Tim Hart.

In the 500 National Kawasaki's Brad Lackey took the win, having returned early from Europe rather than race the previous weekend's Motocross des Nations. Lackey topped 500 series points leader Pierre Karsmakers of Team Yamaha as well as Suzuki's Mike Runyard. But this wasn't the last round for the 500s; they would now be added to the Trans-AMA Series, which was kicking off soon, and their points would count toward both series.

In a thrilling conclusion to an unlikely title run, Yamaha's Grant Langston wins the Glen Helen 250 National finale and with it the 2007 AMA National Championship, coming from behind in the points to top Mike Alessi, Andrew Short, and Tim Ferry.

They were all thrown into contention after first Ricky Carmichael rode an abbreviated schedule, winning all six races he entered, and then James Stewart tearing his knee up at Washougal. The South Africa-born Langston caught fire at the end, first finishing second to RC at his farewell race at Spring Creek, then sweeping the last three rounds at Steel City, Freestone, and Glen Helen.

At the Trophee des Nations in Sweden, Team USA's Jeff Ward put on a riding clinic for everyone, sweeping both motos on his Kawasaki KX250, with his teammate Broc Glover second both times, and Johnny O'Mara third in the first moto, and Rick Johnson seventh. Ward had raced the 125 Class all summer in the U.S., so his rides in Sweden were doubly impressive. And Glover even being there was cool, as he was not at the previous week's Motocross des Nations, as David Bailey was on the team instead. But then Bailey got hurt at the race in Finland and Roger DeCoster had to find a quick replacement.

Glover just happened to be in Holland for a supercross and offered to come help the team, which he more than did. The home country of Sweden finished second, Italy third. The only non-American to get on the podium was Belgium's Georges Jobe, third in the second moto aboard his Kawasaki.

Finally, one we missed yesterday, and it's a big one. On September 8, 1974, Evel Knievel finally made his long overdue jump attempt at Snake River Canyon near Twin Falls, Idaho. Using an X-2 SkyCycle that was more rocket than motorcycle, Knievel's jump failed miserably when his parachute deployed as he was just taking off, the result of a design oversight where Knievel was o pull a hand lever when it was time to land, but the G-force of the liftoff caused him to engage it right away.

With the world watching on ABC's Wide World of Sports, and at pay-per-view theaters all around the country, Knievel's reputation took a beating.