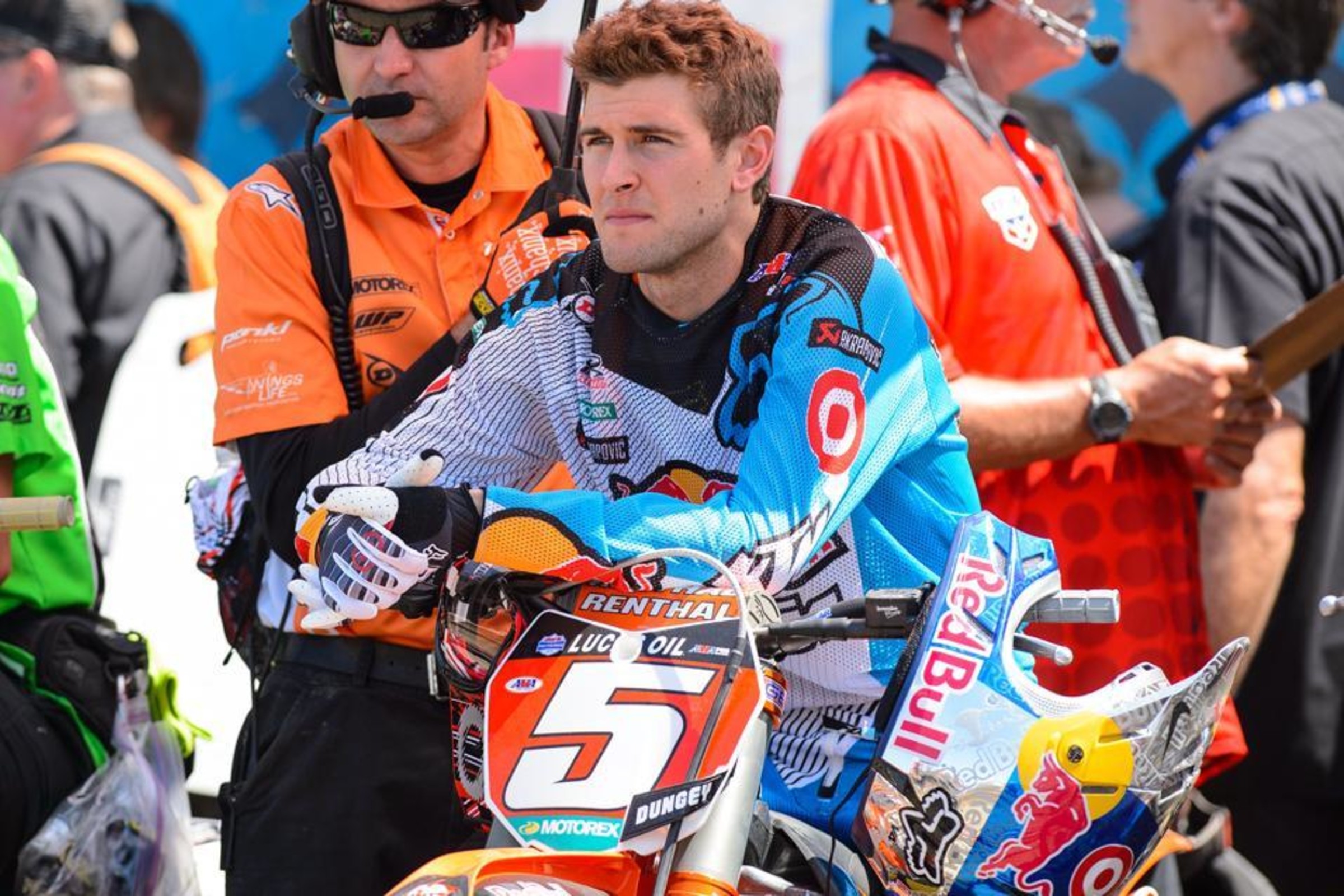 On This Day in Moto September 8

After years of having four-man teams for both the Motocross (500cc) and Trophee (250cc) des Nations, the FIM decided that in order to not only bring costs down but make it less difficult to beat the well-funded, fast Americans, the racing format was completely changed. Now it would be three-man teams for each country, and they would race three classes, all together: 125cc, 250cc, 500cc. The Americans had swept both races for four years running, so there was a lot of talk that this change was aimed entirely at Team USA, but the truth was that sending eight bikes and four riders abroad was pretty costly for everyone.

Team USA dispatched three very big guns to the new FIM Motocross des Nations in Gaildorf, Germany: David Bailey (500), Jeff Ward (250), and Ron Lechien (125). They were the new AMA champions in their respective classes, and Wardy was also the '85 AMA Supercross Champion. Seems like they should have won pretty easily, but instead they had their hands full!

For instance, Great Britain's David Thorpe and Holland's Kees Van der Ven were at the top of their games and they ended up winning the 500 motos from Bailey, with Thorpe going 1-2-1 and winning the individual overall. KTM rider Van der Ven went 3-1-2, and Bailey went 2-3-4 on the hard, slick track.

For his part Lechien was superb on what would turn out to be his last ride on a works Honda. Starting way, way in the pack because it was a 63-rider field, everyone going off together, he went 3-1-1 on his 125, losing the first moto to Finland's Pekka Vehkonen and Holland's Dave Strijbos.

And Wardy, the most successful member of Team USA of all time, once again did his job. The Kawasaki rider won all three motos in the 250 category to cap off what was the best year of his career. Ward would ride for Team USA a total of nine times (seven MX des Nations, two Trophee races) and his record was a perfect 9-0.

The FIM's format change did not stop Team USA, but it did make for a better, cheaper Motocross des Nations. The same format has been in play ever since.

Here's a look at the last moto, where Bailey takes one for the team and lines up in the second row of the 63-rider field.

Red Bull KTM's Ryan Dungey completes a historic season with a win in the 450 Class at Lake Elsinore. Dungey, who had already clinched what was KTM's first major AMA title in the 450 class, swept both motos to finish out 2012 on top. Suzuki's Mike Alessi was second on the day and in the overall column, Kawasaki-mounted Broc Tickle third.

In the 250 Class Monster Energy/Pro Circuit Kawasaki's Blake Baggett won the race with 1-2 moto finishes and with it the AMA 250 National Championship. GEICO Honda's Justin Barcia was second.

Dungey, Baggett and Barcia would soon team up as Team USA and head to Lommel, Belgium, to try to continue Team USA's seven-year winning streak. It would not go well.