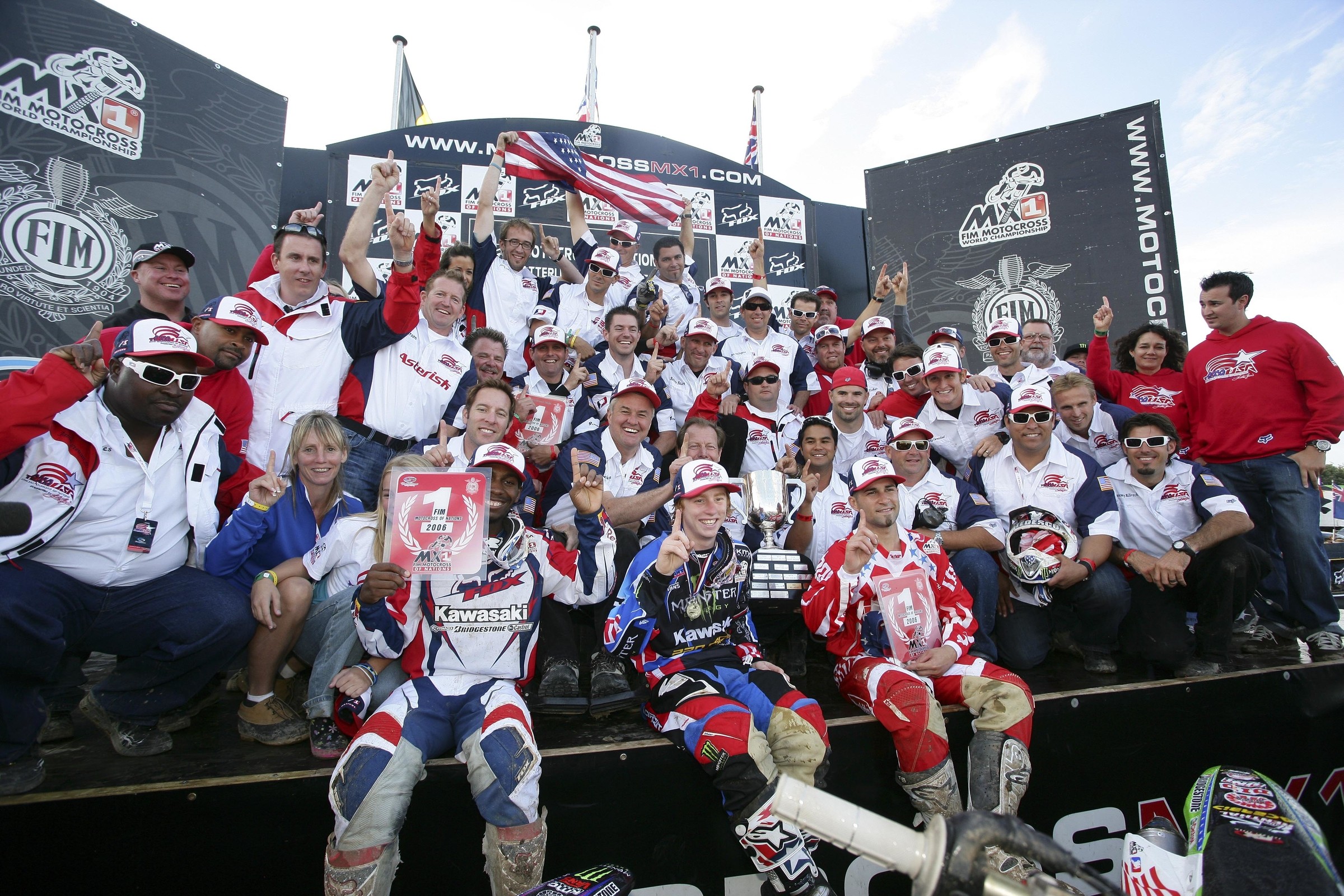 The race is more than a month away, but we already know it will be the most epic motocross experience of all time. It’s coming October 6-7, 2018, when the Monster Energy FIM Motocross of Nations comes to RedBud. Combining this track with this event is an idea literally 60 years in the making. If you haven’t already been to a MXoN in person, you don’t know what you’re missing. We’re reaching out to you, the fans, to hear your stories of attending Motocross of Nations in the past. Email online@racerxonline.com with the subject line "MXoN Story" for a chance to be featured.

In today's feature, "Bad Billy" Ursic comes in with his story of the 2006 MXoN in England, which includes a trip to Stonehenge, some unforgettable friendships, and another U.S. victory.

Three years into my career working at Racer X, I landed an assignment which, now looking back, was one of my favorites—attending the 2006 Motocross of Nations. This would be my first time attending the MXoN, and I was assigned to participate and write about the American Motorcyclist Association’s package tour to the event. Limited to 50 people, the trip included roundtrip airfare from New York, accommodations, transportation, and a grand tour of London.

I was in! Though I was rolling solo on this trip, it didn’t take long to make friends, as I met the rest of the tour group at our gate in the LaGuardia airport in New York. (It’s never hard to spot someone who’s a fan of motocross, is it?) The bench racing immediately ensued, and it was cool to see such a diverse and diehard group of fans eager to attend the MXoN. But before we’d get to see any racing, we were going full-on tourist.

We arrived in London a few days prior to the weekend, allowing ample time for the group to experience England as part of this tour package. Our tour chaperone from the AMA—Cyndi Freeze-Cain—did a fantastic job keeping all 50 of us in check as we toured historic places such as Westminster Abbey, Buckingham Palace, and the Tower of London. Fish and chips were consumed between stops, along with a few pints of local ale. And while it wasn’t officially on the tour docket, some extra time on Friday allowed us to head west on the A303 and check out the infamous stone circle known as Stonehenge. Man, why couldn’t the iPhone exist back then? All of these cherished memories are somewhere on a CD-ROM!

So the weekend was finally here and arriving at the track Saturday morning for practice and qualifiers felt almost surreal as we joined thousands of motocross enthusiasts trudging through the sprawling pastures en route to the facility. It didn’t take long (like, two minutes) before I heard, as you can probably guess, air horns and chainsaws. I’ve always heard and read the amazing stories and epic tales of attending the Motocross of Nations overseas, and I was finally getting to experience it.

As for the event, well, it was a great weekend not only to be a fan of American motocross, but of motocross in general. We witnessed another Team USA victory, as well as an amazing final ride by ten-time world champion Stefan Everts. I mean, I honestly never thought I’d get to see Everts race in person, but this trip made that possible. For me, watching him corner—feet on the pegs and wide open—was unbelievable.

After the racing was done, we headed back to our hotel for one last night of celebration with our newfound moto family before heading back Stateside. The entire group was great, and I was able to maintain several friendships for many years, including one with fellow industry member Mark Rodgers, who was on this tour with his father, Dave.

“It was really cool meeting up with everyone at the airport in New York,” Mark recalled, who is currently the marketing director for Law Tigers. “Seeing all these MX fans who were stoked to go to the MX des Nations was a pretty cool sight.”

As for the racing, Mark added, “The track was great for viewing. You could see most of the track from any of the sides. Then the crowd was unreal. They would explode anytime a rider from their country came by. For anyone that hasn’t been to the MX Des Nations, it’s a must-attend event for a true MX fan, especially going to it overseas. The fans are insane.”

While my story doesn’t involve any real debauchery or guys passing out in bathtubs, I just really want to stress what a truly amazing event the Motocross of Nations is if you’re a fan of motocross. This event left such an indelible mark on me that I vowed to never miss another MXoN, and I kept the streak going for a few years by attending Budds Creek in 2007 and then going back to England with Steve Matthes in 2008 at Donington Park. This year marks ten years since I’ve been to an MXoN, but don’t worry—my accommodations for RedBud have been booked well in advance.

See you guys in Buchanan, Michigan.