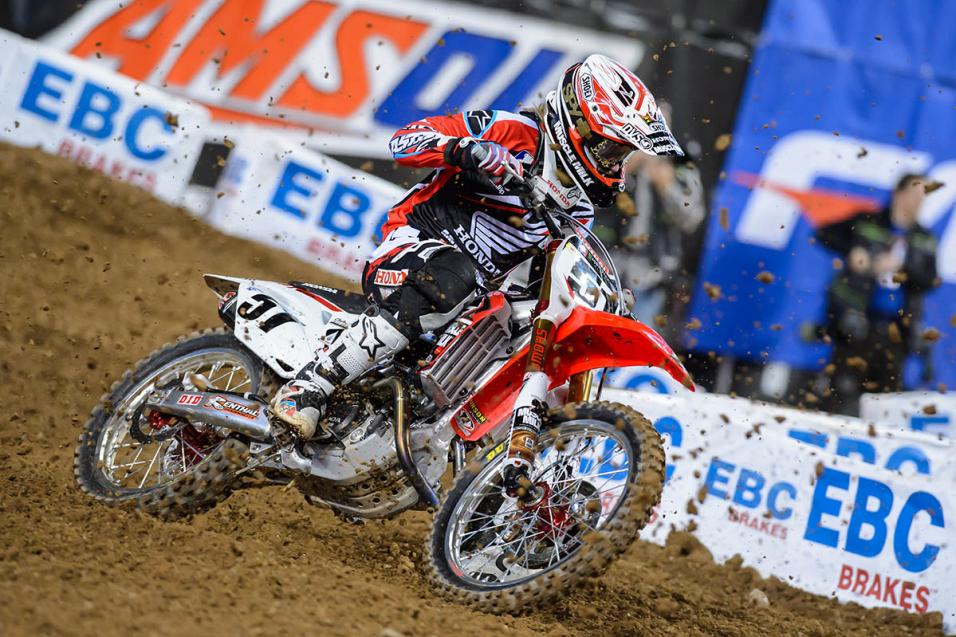 Going for the W Rebuilding Barcia

If Justin Barcia isn’t immune to it, no one is. While Bam Bam has always carried a rep of extreme confidence—possibly crossing over to the cocky side—the last two weekends have definitely taken a toll on him. After two-straight DNFs, we’re looking at a different guy compared to the won who won in Phoenix three weekends ago.

“My whole goal here is just to do 20 laps,” said Barcia to us this afternoon. “It’s been a rough two weeks.”

After winning that Phoenix race in just his second-ever points-paying 450 SX race, Barcia faced a triple so hard the next weekend in Anaheim that he smashed his crossbar and was left with a bloody face. And a DNF. Last week in Oakland, he was bumped in the whoops as part of that massive second-turn carnage and crashed hard, leaving him out for the night again.

Physically, Justin says he feels fine, and there are no lingering effects from last week aside from some bumps and bruises (he’s passed a concussion test and has a clean bill of health there). He also took this week off from riding to make sure he’s fresh again. Physically, a week off isn’t going to impact his speed or fitness. The mental side is what he has to work on, now.

“Right now, his confidence is down,” says Barcia’s trainer Jeff Stanton, a three-time Supercross Champion. It’s surprising to hear that, considering Barcia usually has an “any time, any place” kind of gunslinger mentality. Remember, the moment this kid jumped on a 450 outdoors, he was mixing it up with Ryan Dungey. He went out and won the Monster Energy Cup. He won the second race this year. You don’t normally see Barcia piling up building blocks and slowly working his way forward—he usually just expects to be there, all the time. 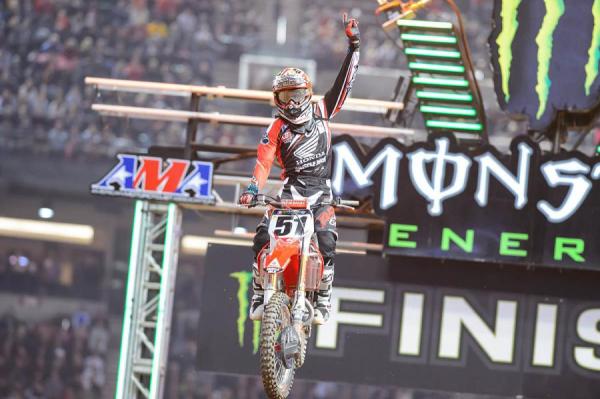 Barcia took the win in Phoenix, but it's been rough since. "From way up top to way down really fast," said Barcia today.
Cudby photo

“Not in this class,” explains Stanton.

The good news is that he escaped both incidents without major injury. And while Stanton wasn’t scheduled to hit all the races this year, he’s here this weekend to try to settle his rider down, and help build him back up. Barcia started the year off with a bang, but it sounds like now, the real uphill slog of being a full-time 450 SX rider is about to begin.