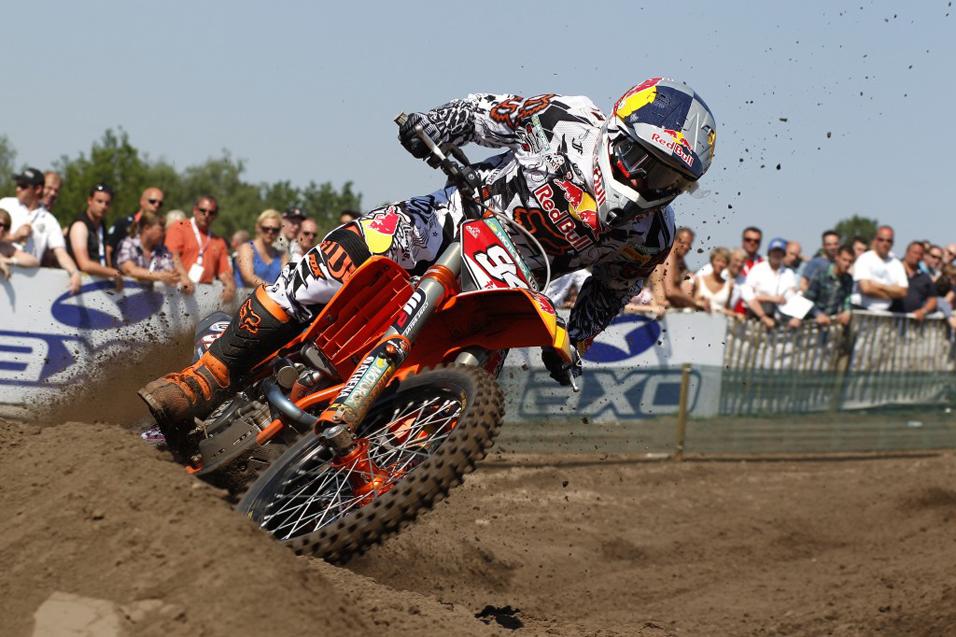 With a summer filled with more action than the high school prom, there’s been one consistency throughout the Lucas Oil AMA Pro Motocross Championship: Pro Circuit will have a rider on the podium—how many being the only question. While the Pro Circuit “season of dominance” has been well documented, across the pond in the MX2 Class (equivalent of the 250 Class) the Red Bull Teka KTM team has enjoyed a season that bears a striking resemblance to the one Pro Circuit is enjoying stateside.

German wunder-kid Ken Roczen and Scotsman Dean Wilson have already locked up titles for their respective teams both in the U.S. and in the GPs,  with their teammates Jeffery Herlings (for Roczen), Tyla Rattray, and Blake Baggett brining up the rear. Pro Circuit has swept the podium in a remarkable five-of-eleven rounds and have yet to lose an overall—while only losing one moto all season at Southwick.

Across the pond, the young, flashy Red Bull Teka KTM duo of Roczen and Herlings have only lost two overalls in fourteen rounds thus far—the Grand Prix of France and the Grand Prix of Europe.

With only one race remaining in each of the perspective series’ we’ve decided to take a look at how similar their seasons really have been. Below you will find a chart of each round of the respective series’ with the riders that have put their stamp of the podium for each team.


Just to add a little more fuel to the fire, remember Ken Roczen will be coming to the states full-time next season to join former two-time MX2 champion Marvin Musquin on the Red Bull KTM team. It looks like the dominant forces from the U.S. and from Europe may collide in the AMA Pro Motocross Championship next summer!