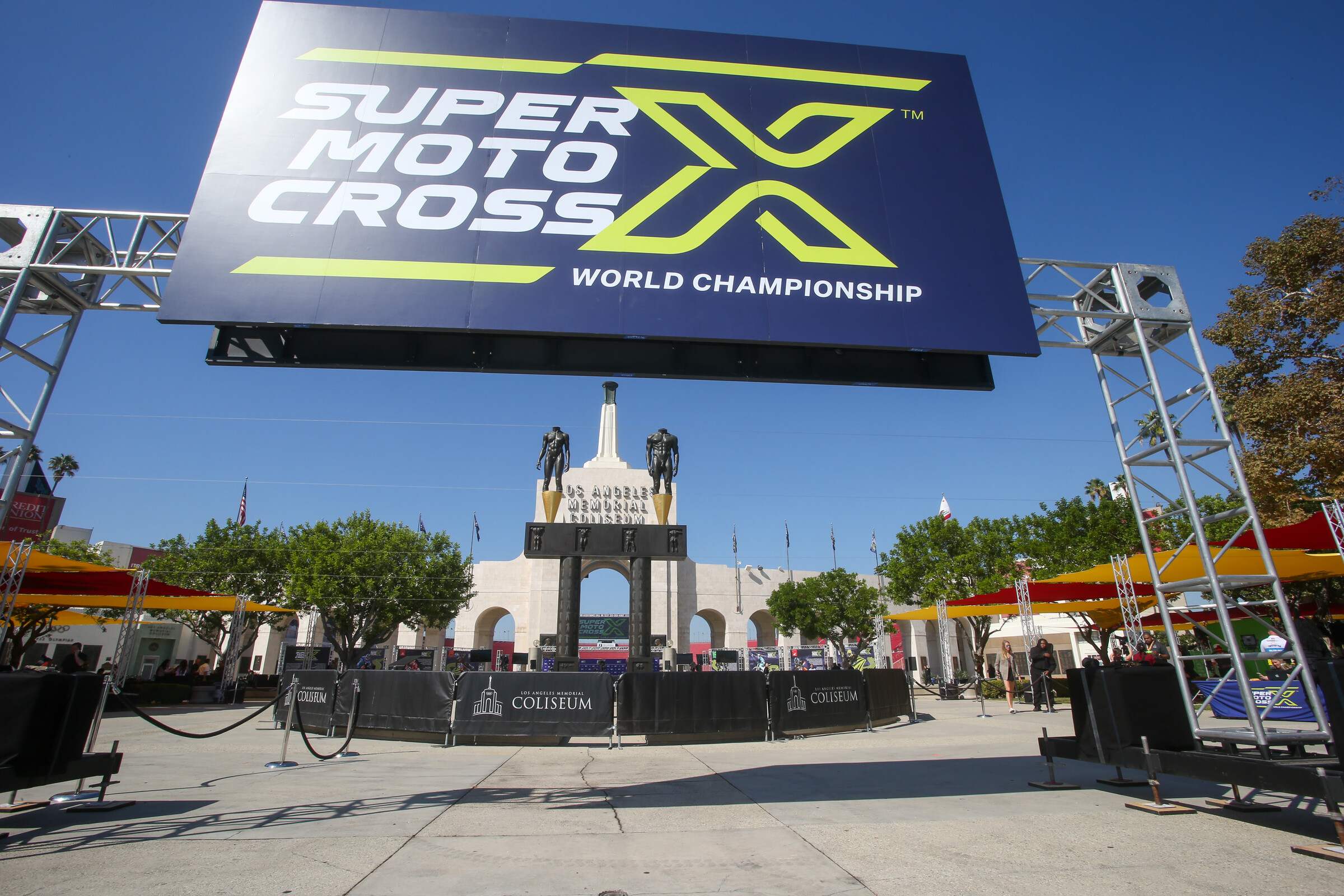 News just came through that there has been an adjustment to the schedule for the inaugural SuperMotocross World Championship (SMX) schedule for later this year. The full 31-race SMX schedule will feature 17 Monster Energy AMA Supercross rounds and 11 AMA Pro Motocross Championship rounds, then three SMX playoff rounds to establish both a 250cc and a 450cc SMX champion. It was originally announced in October 2022 that the three SMX rounds would take place  September 9, September 23, and October 14, with only the finale’s venue (the Los Angeles Memorial Coliseum) being know at the time. Note, the 2023 Monster Energy FIM Motocross of Nations is set for Ernée, France, on October 22, about a month later than it was in 2022. This is in order to get the full SMX season completed before the MXoN event.

On January 6, ahead of the opening round of the Monster Energy AMA Supercross Championship, it was announced that zMAX Dragway in Concord, North Carolina and Chicagoland Speedway in Joliet, Illinois, will host the two SMX Playoff rounds with the already known finale set to return the sport to the Los Angeles Memorial Coliseum.

Today’s announcement brings news that the SMX rounds—specifically the second playoff round and the finale—will take place sooner than originally scheduled. The two off weekends scheduled between SMX races have been eliminated. Now, the AMA Pro Motocross Championship will conclude on August 26 at the Ironman National in Crawfordsville, Indiana, then there's a weekend off before the originally scheduled first SMX round September 9 remains as scheduled. But, the second SMX round will now take place on September 16, followed by the finale now scheduled for September 23. The announcement states the release of the Pac-12 conference NCAA college football schedule prompted the change in dates. The University of Southern California (USC) Trojans play their home games at Los Angeles Memorial Coliseum, and they would prefer the SMX races to take place in September, when the stadium has more off-weekends for the home football schedule.

Below is the full press release from SMX.