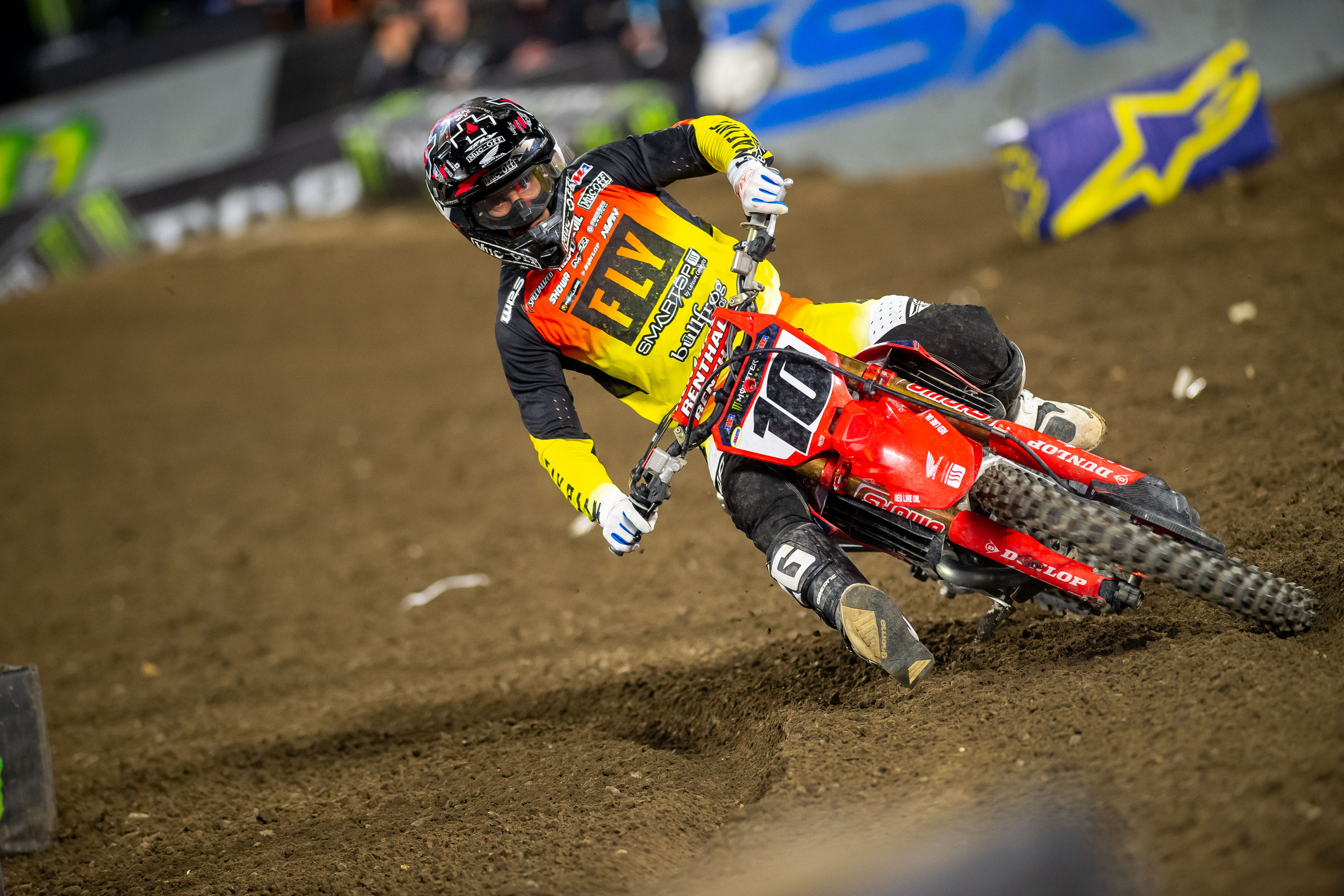 Round three of the 2022 Monster Energy AMA Supercross Championship will take place this Saturday in San Diego, California, in Petco Park. Check out this report for an update on who’s in and who’s out.

Comment: Bloss is hoping to be back for “one of the first East Coast rounds” after sustaining injuries to his collarbone and ankle before the season.

Comment: Clason re-aggravated an old knee injury in Oakland. Earlier this week he told us it’s “already feeling loads better,” and that press day will be the test run.

Comment: Savatgy tore his ACL during the week leading up to Oakland. He raced anyway and plans to continue racing the remainder of the season.

Comment: Brunell crashed at A1 and sustained fractures to his tibia and wrist. Currently it is not known when he’ll return.

Comment: Caro has been dealing with sickness. On Instagram he posted he was going to aim to come back for A2.

Comment: Cooper is out for all of supercross due to a broken foot suffered before the season.

Comment: Falk is out for the year due to a bulging disc that is pressing on his sciatic nerve.

Seth Hammaker – Banged up | Out

Comment: Hammaker announced on Friday that he suffered several injuries in a crash this week while practicing and the team said he would be "sidelined from racing until further notice."

Comment: Masterpool is out with a broken wrist sustained before the season. The injury took place when Masterpool came up short on a quad.

Comment: Nichols crashed in the whoops at A1 and injured both arms. He’s had surgery and is likely out for the season.

Comment: Schock broke his collarbone shortly before the season but is back on the bike already after having it plated. He expects to be ready for Minneapolis.

Comment: Rockstar Energy Husqvarna Factory Racing expects Swoll to return to racing in San Diego after going down hard at A1.