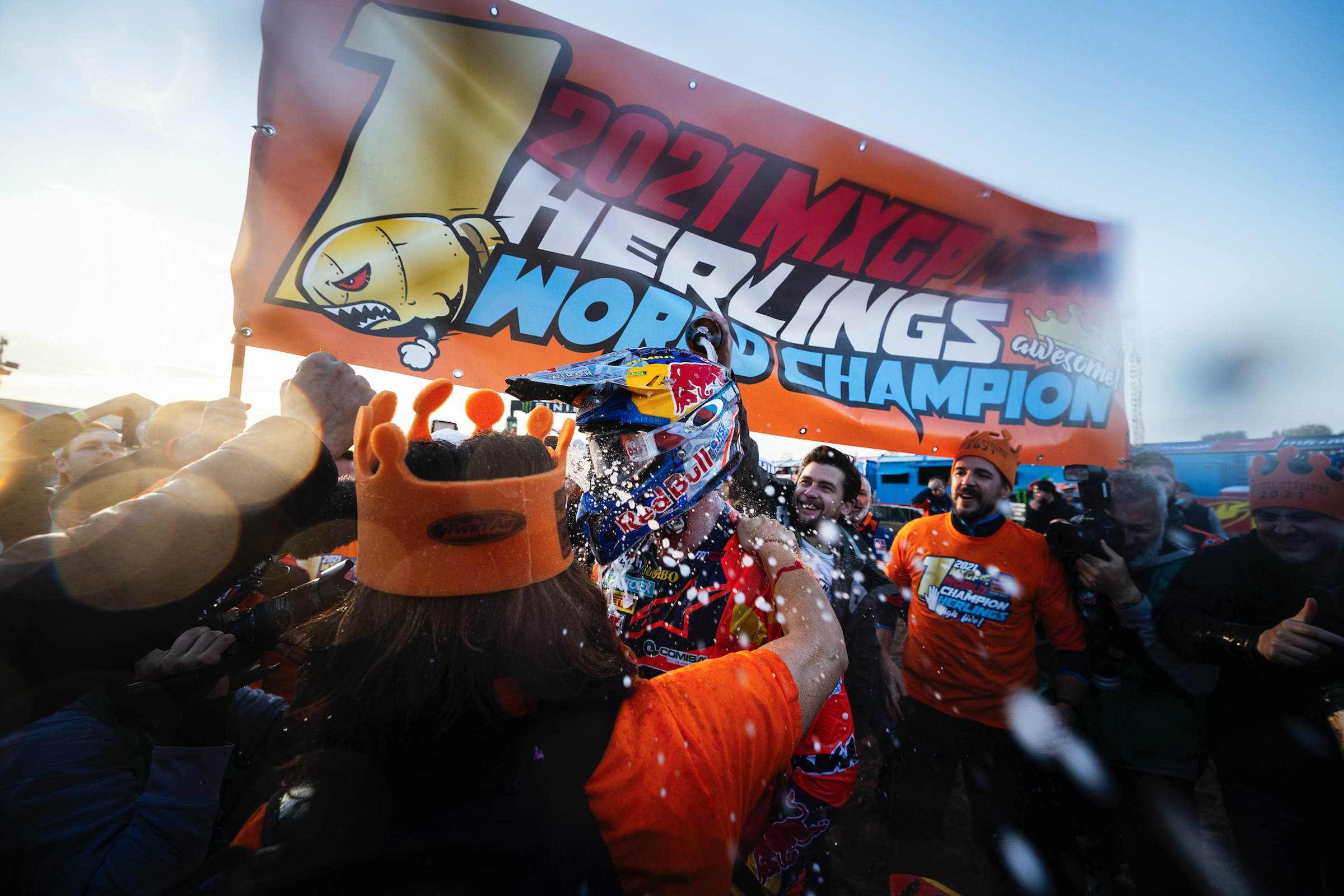 Seventeen years ago, NASCAR took a huge risk with its racing heritage by incorporating a playoff format into its championship, first dubbed the “Chase for the Cup” and now deemed, simply, as the NASCAR Playoffs. The idea was to keep the season exciting to the end by resetting points with 10 rounds to go. Jimmie Johnson ended up dominating those 10 rounds so often, though, that it still wasn’t close by the final race. For 2014, then-NASCAR boss Brian France said he wanted the series to have its own “Game 7 moments” in reference to stick and ball sports and the ultimate winner-take-all phrase in the playoffs. So NASCAR tweaked the Chase format to have a series of resets every three races, eliminating drivers from contention the whole way, just like stick-and-ball teams get eliminated with each playoff round. Only four drivers ultimately qualify for championship contention at NASCAR’s final race, and those four drivers enter the final race tied for the points lead, in a winner-take-all event.

A lot of fans never liked any of this. There will be volumes written on NASCAR losing steam from its 1990s explosion into the mainstream, and no doubt the playoff-style format will get some chapters. Anyway, that’s NASCAR’s cross to bear. Almost magically, the season’s best car/driver often does end up winning that final race and the title, anyway. Sometimes. In other seasons the fourth-best (on average) guy ends up winning the finale and the title, leaving three drivers who were better during the season without the crown.

But often fate intervenes, and the best man wins. That happened last weekend when Kyle Larson, absolutely dominant in 2021, found himself quite a distance behind the lead cars in the final race of the season. Then, fate. The brakes exploded on a car in the back of the pack, a caution flag came out, and everyone dove down to pit road to get new tires. Larson’s team performed its fastest pit stop of the season, which leapfrogged Larson into the lead. He controlled it from there and went on to win the race and the title. Phew. The best man won.

The ultimate would be to get such a scenario under natural causes, where the best man wins but it’s also a nail-biter down to the end. It doesn’t happen often, and that’s why NASCAR tries to manufacture such a scenario. Having racers tied in points going into the final round of the season is a dream scenario for any fan. This year, somehow, the FIM Motocross World Championship (MXGP) got it. It took the wildest season of roller-coaster ups and downs to get there, but the drama was thick as the gate dropped this morning for the season finale in Mantova, Italy. You couldn’t ask for anything better.

Jeffrey Herlings came into the race three points down on Romain Febvre, but he won the first moto with Febvre in close pursuit. That left them tied going into moto two. Tied going into the final moto! Incredible.

It took an ultimate game to get there, like Squid Games on Netflix. So many contenders, so many what ifs. Deep into the season FIVE different riders were in contention: Herlings, Febvre, Tony Cairoli, Jorge Prado, and defending champion Tim Gajser. Every rider had his bad moments. Prado crashed into Herlings in the air and got the worst of the deal, ending his title hopes. Cairoli crashed out of an event in practice and that ended a dream title run in his final season.

Herlings was already left for dead when he got landed on at round four and suffered a broken shoulder blade. He somehow won that freaking moto anyway but could not line up for moto two, as the adrenaline wore off. He missed the next two motos and it appeared injuries would again ruin Herlings’ season. That’s happened far too many times in his career.

More twists and turns. Gajser was maintaining a solid points lead, not dominating but holding steady, until he broke his collarbone. He had one bad race which was enough to allow the surging Herlings, who had recovered miraculously to win half of the motos since his return, to get all the way into the points lead. Febvre was the only contender to avoid a major injury, although he certainly had his share of crashes and errors as the pace routinely flirted with the edge.

Gajser also recovered quickly, amazingly winning the next GP after his wounded attempt. Herlings then won some more and began building a points lead, only for it to go up in smoke with a first-turn crash that broke his throttle, leading to a DNF. Heading into the final three rounds it was basically tied between Febvre, Herlings, and Gajser. Sheesh.

You might know all of this stuff. What it all amounted to was essentially a points reset going into the final races, but all of natural causes. So many what ifs, crashes, wins, salvage jobs, recoveries, saves, and great battles. Basically, whoever rode best at the two races all held at Mantova would emerge as champion.

Herlings and his Red Bull KTM team added a little sauce to the meal when Cairoli moved over for him at a race, gifting Jeffrey two more points. But any controversy over that obscured the fact that Herlings had been winning at a ridiculous clip, on his own merits, for quite some time. After his injury, he won 11 of the next 24 motos. Yes, the points were incredibly tight, but Herlings won nearly half of the races during his comeback. This wasn’t surprising. Look, Herlings has been the anointed next King of the MXGP series for a long time now, ever since he was winning GPs at age 15. Even moreso when two other up-and-coming stars, Marvin Musquin and Ken Roczen, moved to the U.S. instead of moving into the MXGP class. Could Herlings have toppled them, too? Possibly, but we’ll never know.

The good thing for MXGP is that other riders emerged, namely Febvre and Gajser, and that Cairoli remained competitive for a ridiculously long time. When Roczen and Musquin moved and Herlings came of age, he began to win in MX2 at a ridiculous clip and the course could have been set for a decade of dominance. Unfortunately for Herlings, it never came easy. He’d dominate, he’d get hurt, someone else would take advantage. Gajser was the primary mover, he’s collected four World Championships (three in MXGP) and eventually had so much confidence, momentum, and accolades that any “He only won because Herlings was hurt” arguments were long-since passed. Gajser was legit, bona fide, impressive, full-stop.

No one doubts Herlings’ speed, talent or desire. Respect for the rest of the field, however, had made him simply “one of” the guys instead of “the guy.” This year he had to run the full gauntlet to try to get just his second MXGP crown, and when he broke his shoulder blade, it appeared all was lost, just like it was in 2019 and 2020.

He came back, and then the perfect scenario unfolded at the finale. He got the better of Febvre and Gajser in the first moto. Perhaps his teammate Prado made things a little tough on Febvre early, but Herlings held strong under pressure the rest of the way. Then came moto two, and Febvre started ahead of Herlings. The Frenchman then made quick work of (always be holeshotting) Prado to take the lead. This would be a straight-up fight, and Herlings simply got the better of it. He passed Febvre, he started to pull away, then Febvre went down. Late in the race, Gajser made a dash to catch Herlings for the moto win but Herlings held him off. Herlings went 1-1 in the finale to grab the championship (and his 99th career overall win).

It is as it was supposed to be. The rise of Gajser, the rejuvenation of Febvre, the enduring greatness of Cairoli, and the rapid rise of Prado has made it very entertaining, but Herlings is always at the center of the MXGP story. He draws the most attention, he wins the most races. In a sense, his drama has just made the show more entertaining. It’s not unlike the U.S. side, where either Eli Tomac or Ken Roczen had the stuff to make every season a yawner, but have endured just enough to either keep it close, or let someone else take the reigns. The way this final round played out, Herlings can now put the what ifs aside. Everyone was ready for the final round and Herlings beat everyone 1-1 when it was all on the line. It doesn’t diminish the titles won by others, but it re-stamps the order in the MXGP world. To be sure, Herlings even made it clear that he won the title by five points, and Cairoli pulling over a few days ago only gifted him two points. We all want the mega-drama finale, but we also want the best man to win. It was quite a sight to see.