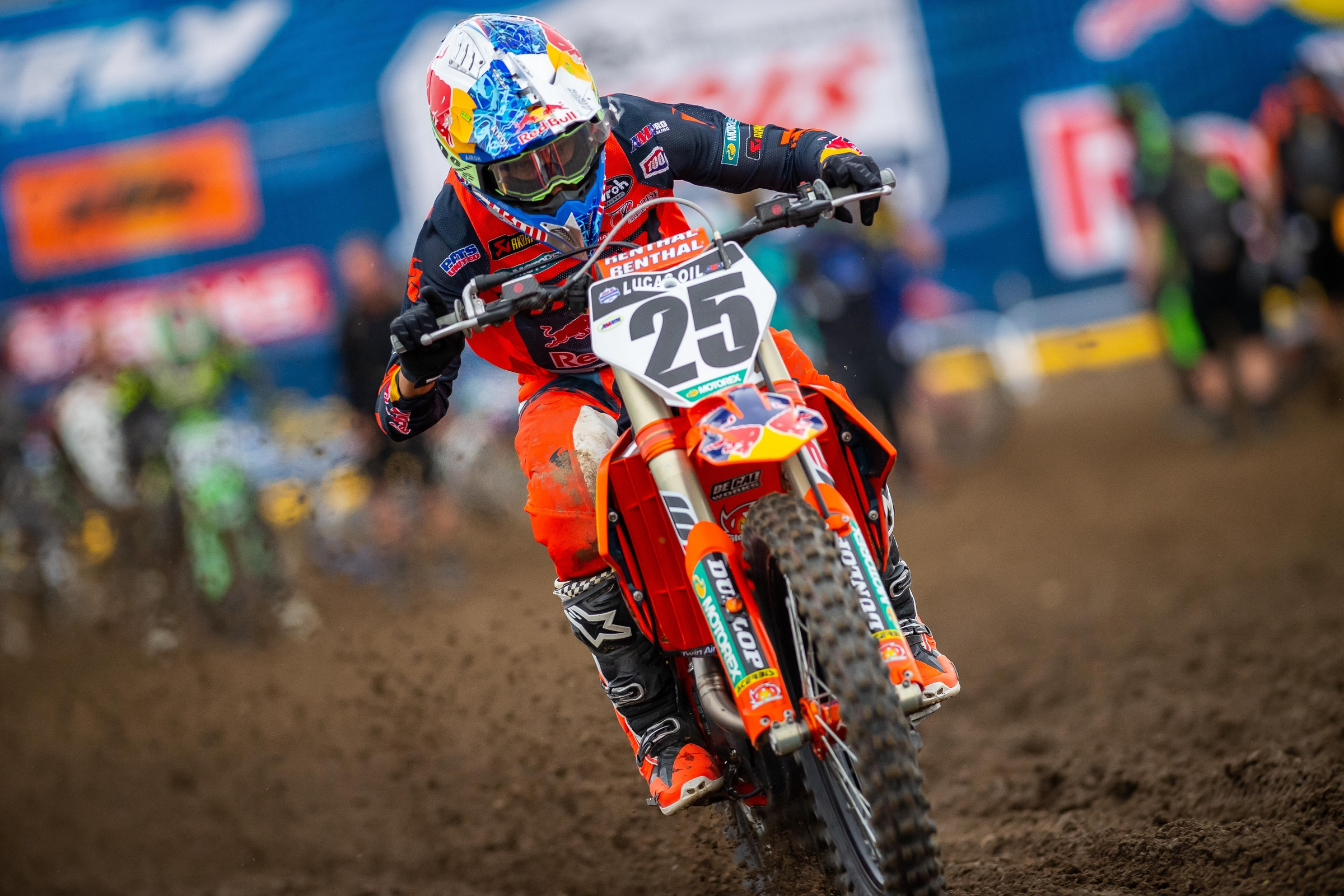 Round 11 of the 2021 Lucas Oil AMA Pro Motocross Championship will take place this Saturday at Fox Raceway in Southern California. Check out this report for an update on who’s in and who’s out.

Comment: Anderson broke his hand after the first race of the summer. He’s out for the weekend.

Comment: Anstie, who is now asymptomatic, will return to racing this weekend after quarantining for the proper amount of days according to CDC guidelines.

Comment: Barcia has missed the last three nationals after hitting his head and hurting some ribs while practicing. At time of posting his status for the weekend was questionable.

Comment: Cianciarulo is out for the summer following surgery to fix an issue with his ulnar nerve.

Christian Craig – BEAT UP | IN

Comment: Craig crashed hard at Budds Creek, and although he was able to regroup for the second moto, he sat out the following weekend. He’s back for Fox Raceway.

Comment: Osborne is out for the summer with a nagging back injury.

Comment: Miller is out for the season after having surgery on his knee.

Comment: Musquin missed the Ironman National after testing positive for COVID-19. At time of posting we didn’t have confirmation from the team on his status for the weekend. [Update: Musquin will miss this weekend and return for the finale at Hangtown.]

Comment: Nicoletti is out for the remaining nationals due to tearing his ACL, medial meniscus, and lateral meniscus tear.

Comment: Noren broke his hand before Washougal and hasn’t raced since that weekend. He’s back on the bike and will compete at Fox Raceway.

Aaron Plessinger – LUNG, LIVER | IN out

Comment: Plessinger had a huge loop-out at Unadilla. He’s raced every weekend since, but hasn’t been able to make it through the second motos. He’s in for Fox Raceway.

Comment: Plessinger announced on Saturday morning that he will not be lining up for the 11th round as he will rest up with hopes of racing the finale.

Comment: Ray is out for the season after having surgery on both wrists.

Comment: Thury tore his bicep at Unadilla and is out for the summer.

Comment: Sexton is a late addition to this list as he has announced an enlarged spleen will keep him sidelined for the 11th round.

Comment: Wilson has been dealing with Epstein-Barr and ended up pulling out for Ironman last week. He’s out for Fox Raceway and it’s unlikely he’ll line up at Hangtown.

Comment: Alves is out for the season due to a torn labrum sustained at Unadilla.

Comment: Brown is out for the summer due to a fractured collarbone and concussion sustained at Unadilla.

Comment: Crown suffered a concussion during supercross and will miss all of Lucas Oil AMA Pro Motocross.

Comment: Drake is back in action this weekend after missing time due to a rare heart condition.

Comment: Hammaker took a few hits to the head at Budds Creek and hasn’t raced since. He’s out for Fox Raceway.

Comment: Marchbanks has decided to pull the plug on his season after being diagnosed with Addison’s disease.

Comment: Martin is out for the season after reinjuring his wrist at Unadilla.

Comment: Martin will miss the rest of the season following a broken wrist sustained at the Ironman National.

Comment: McAdoo injured his knee at the season opener and is out for the remaining nationals.

Comment: Max Miller is out for the summer following an ACL and meniscus tear sustained at RedBud.

Comment: Nichols will remain sidelined for the remainder of 2021; the team announced this morning. He had been working to recover from his Washougal crash but was unable to rehab in time.

Comment: Robertson hasn’t raced since Spring Creek. We haven’t been given an official reason to explain his absence, but we do know he won’t be racing this weekend. Update: Robertson has announced he will officially sit out the remainder of Pro Motocross.

Comment: Scharer, the ClubMX team trainer, has been stepping in to race several rounds of Pro Motocross. He suffered a broken sternum while racing the vet classes at the Monster Energy AMA Amateur National Motocross Championship at Loretta Lynn’s Ranch but toughed it out for a few rounds of Pro Motocross afterwards. A the Ironman National, Scharer finished 14-12 for 13th overall—a new career best in the 250 Class. Now, Scharer has decided to rest as he will sit out the remaining two rounds.

Comment: Swoll popped his shoulder out during qualifying at the Ironman National. He’s out for Fox Raceway.

Comment: Thrasher dislocated his shoulder at Spring Creek. He’s had surgery and will miss the rest of the season.