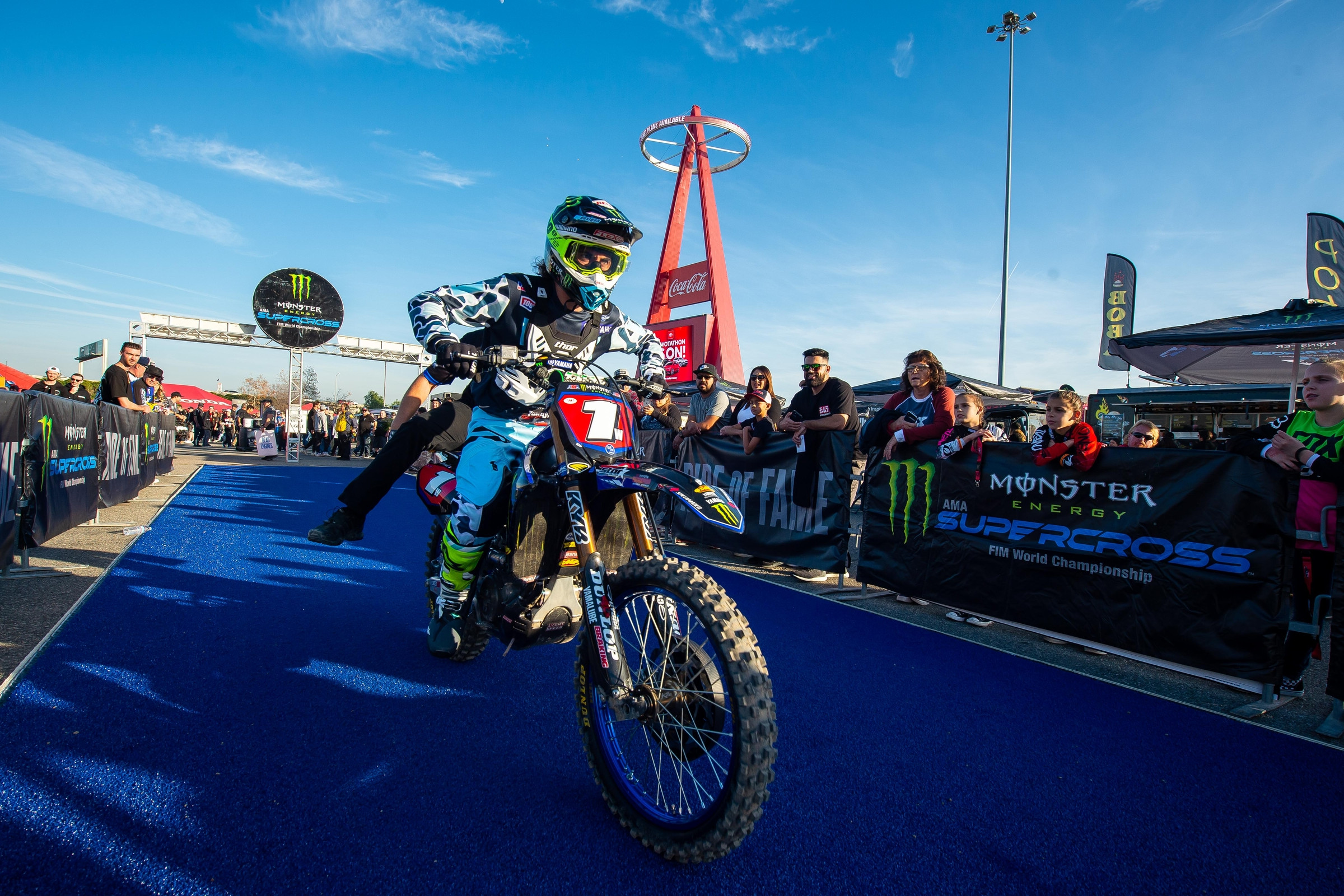 Backed by a dream year with both the Monster Energy AMA Supercross 250SX West Region Championship and the Lucas Oil 250 Class Pro Motocross Champion, Dylan Ferrandis heads head-long into the 450 class running downhill, with pure momentum. This will generate hype and an impatience to see the Frenchman, 26, join the front of the 450 pack and make the racing even deeper, closer and more exciting than it already is.

Well, we need to temper those expectations. An exciting rookie watch is nearly an annual occurrence in this sport, but rookie is more than just a term denoting first-year 450 racers. It’s practically a road map to predict where the season will go, and it rarely goes well in the first step.

Rookies often crash frequently in their debut 450 seasons. We know this. We try to keep the hype alive by believing certain rookies possess experience that can fast-track the process to the front. Even those seasons become difficult. Just last year Adam Cianciarulo was garnering extra hype as a potential 450SX title contender because all of the ups and downs he faced through his 250 career gave him a character beyond the typical young star. This is probably true. Plus, AC entered the class with big ‘mo on his side, winning the Monster Energy Cup, and coming thisclose to a dream race-winning debut at Anaheim 1. Plus, in the FWIW category (for what it’s worth), Adam is a tall guy. Maybe the 250 was holding him back and would go to a higher level on the big bike?

All of these things could be true. Yet, the grind of a 29-race season, the adjustment to racing faster bikes that are more temperamental to bike setup changes, on tracks that are more beat up, in races that are longer, against competition that’s tougher, can outweigh even those advantages. AC’s experience and talent perhaps sped up the process, as figured out how to win and contend by the end of the Lucas Oil AMA Pro Motocross Championship. But in the early days of supercross, his spectacular MEC and Anaheim 1 debuts faded into the typical ups and downs and rookie lessons. He took some hits until one finally did him in, via a broken collarbone, and then another even worse crash as soon as he returned to racing in Utah.

“You can’t kind of cheat the steps, there are lessons you have to learn,” said Adam. “When you come into the 450 class from the 250s, there’s such an unknown.”

A year earlier, Zach Osborne had similar hype for his rookie campaign, again because he’d been through more ups and downs and had more life experience than most rookies. Zach won three 250cc titles in 2017 and 2018, and as soon as he got on the bigger Husqvarna he was reportedly going very fast. He showed promise in off-season races. Then…he crashed and missed the opener. He missed the first six races and scored just one podium finish.

Like Adam, Osborne had a much better handle on the outdoor season, and began rounding into a title contender. A shoulder injury ended up costing him that momentum, and then more bumps and bruises came during 2020 supercross. When he got back on the bike his injuries were so bad and his speed was so off that he considered retirement. Only after walking through that fire did Zach finally find something that clicked. Then he started rolling.

When the supercross results finally started coming for Zach late in Utah, he said part of the lesson was learning how to adapt and change the setup of the 450 as the day and night went on. What worked in practice or at the test track wouldn’t work when the track was beat in the main event. The only way to learn that is through more main events, and more time.

The hot rookie two years ago was Aaron Plessinger. He, like Ferrandis, was powered by a pair of 250 titles in the same year, and he, like Cianciarulo, is a tall rider, so there was hope he’d be even better on the 450. Alas, Plessinger’s story has been so similar to others: too many injuries on the big bike. Time will tell if he has the Osborne-like breakthrough coming.

Before Plessinger? Cooper Webb. Cooper already had some 450 experience through Motocross of Nations and USGP exploits, plus Cooper always raced wise beyond his years. You know the story from there: two really tough years before he found himself.

The Webb and Plessinger stories dovetail into another question surrounding Ferrandis. Over a long string of seasons, Yamaha’s YZ250F has been the most successful bike in American 250 racing. The YZ450F’s record isn’t even close. Webb and Plessinger contributed to the outsized YZ250F stats while also not adding much in the way of wins or podiums to the Yamaha 450 tab. Ferrandis’ situation is a little different. The factory Monster Energy Yamaha squad, which hosted Webb and Plessinger for two seasons, is gone. Now Star Racing is entrusted to run the Yamaha 450 program. Is there a secret sauce to the Star operation that can tame the YZ450F, or was this team just the beneficiary of an amazing 250 platform? Ferrandis won’t be the only one in this experiment, as Plessinger will be his teammate. Will this come down to bike or team?

Regardless, there are building blocks all around. Ferrandis might have experience beyond the typical 250 racer, but recent history has shown no experience can truly prep a rider for the demands of the 450 class.

We have another story on a parallel track. Chase Sexton will also be a 450SX rookie in 2021, and he has back-to-back supercross titles, like Ferrandis. He’s also a big, strong kid, but still definitely just a kid. The racing world seems to be aging rapidly, but Sexton is a return to the normal rookie age, at 21 (contrast that to Osborne and Ferrandis). Sexton’s style seems custom-made for the 450, and he proved it with that win at the Pro Motocross finale at Fox Raceway at Pala. Still though, we’ve seen plenty of riders show potential on the big bike in individual races. Putting together a whole season is something completely different.

Now comes the counter argument that I know is coming: Ryan Dungey and Jeremy McGrath won the AMA Supercross Championship as rookies. Also, Chad Reed came within six points of beating Ricky Carmichael straight-up for the supercross title as a rookie. Sure. To that I say, yes, the three most consistent riders in the history of supercross were able to make it through a first supercross season unscathed. Nearly everyone else took their lumps.

Rookies will make the class exciting and will add to a great field in 2021. There isn’t a fast-track to the top, though. The only remedy is time in the class, measured in years.