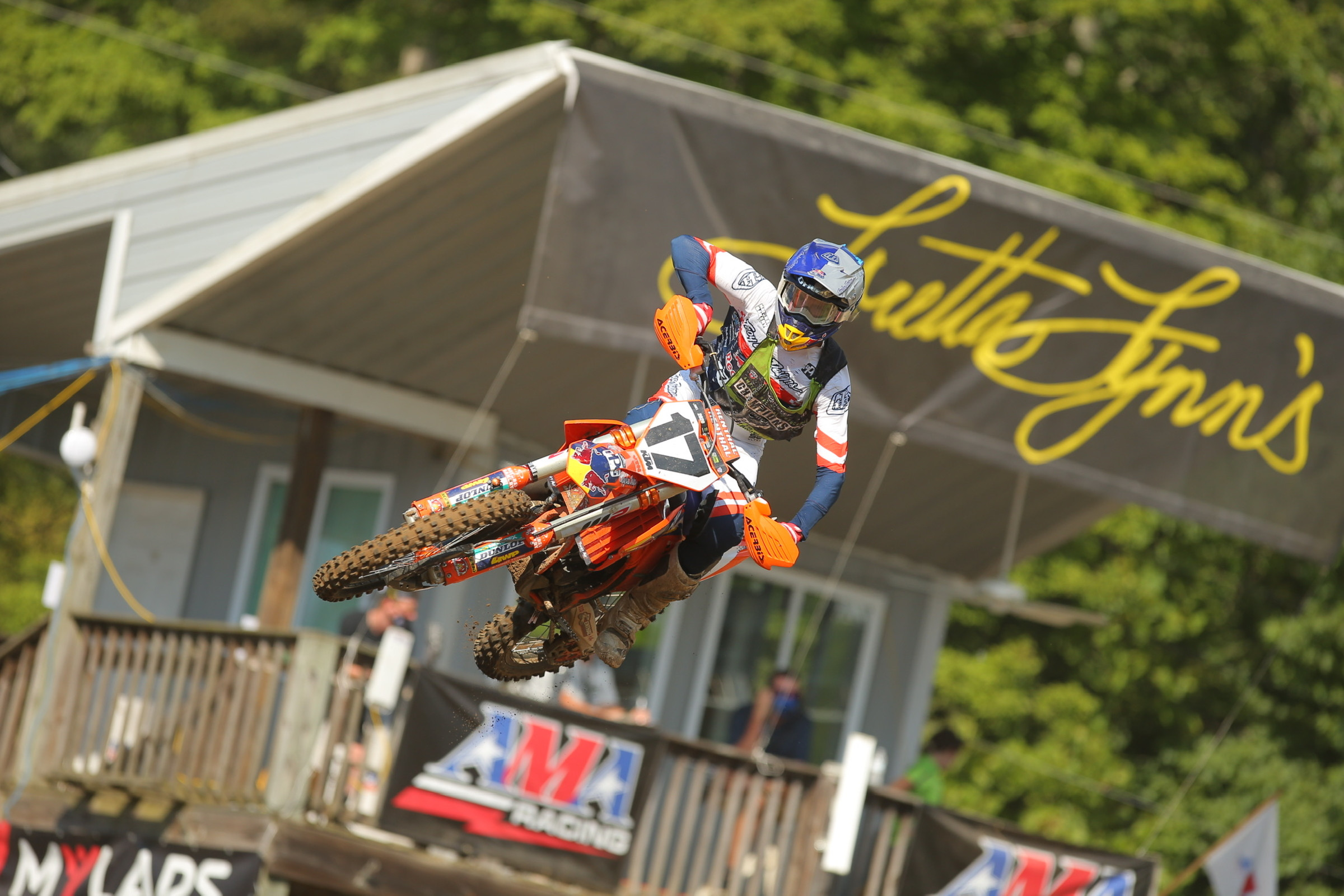 Things We Learned at the Ranch Saturday

With the 2020 Monster Energy AMA Amateur National Motocross Championship at Loretta Lynn's underway, we’re going to provide you a written recap highlight the best action from each day’s motos. Here’s what we learned on Saturday’s racing at the Ranch.

A six-moto sweep is the holy grail at Loretta’s, as riders are capped at racing two classes (each with three motos). This year, four riders nailed it, with Haiden Deegan sweeping his 85 classes, Ryder Difrancesco sweeping the Supermini classes, Max Vohland sweeping the 125 classes, and Levi Kitchen sweeping the Limited (stock) B classes. This is an amazing accomplishment but this year it begged as many questions as answers. The amateur community wants to see Ryder D versus Deegan badly, and Vohland versus the super stack of B class talent would be cool. Similarly, Kitchen wants to show he can run head-to-head against the big names that ran the modified B classes (Matthew LeBlanc, Nick Romano, Nate Thrasher, Jett Reynolds, Chance Hymas). Especially when you dig into Deegan at 14 still racing an 85, you’ll see snipes about sandbagging, which is part of the love/hate criticism that comes with such a high profile at the amateur ranks. Be clear that the same exact stuff was said about Mike Alessi and Adam Cianciarulo during their high-profile amateur days.

Reality is that this is part of a process, and today’s teams and parents are actually much smarter about not doing too much, too soon, and giving their riders more runway and confidence before they turn pro. Generations ago, turning pro at 16 seemed natural, but these days the world is fixated on Jett Lawrence because he’s pro at that age. The move-up-as-fast-as-possible plan is now the exception instead of the rule.

So, Deegan, DiFrancesco, and Vohland are just playing the long game. They move up systematically, year by year, bike by bike. DiFrancesco and Deegan have generally been small for their age, which allows them to fit into their minicycles classes better, anyway. And Vohland taking extra time to race a 125 for a year is probably not a bad move.

Even Kitchen, who is 19, explained that he hit a sudden growth spurt and found himself moving from a top-ten kid on 85s to tall, lanky front runner on 450s. It would be fun to see every fast kid head to head on every gate drop, but there’s going to be a time when they’re all there: as pros. For now, this is the process. Someday the six-moto sweepers at Loretta’s from 2020 will meet on the same gate with bigger stakes.

Give Him a Chance

Again, many considered 250 B and Schoolboy 2 the most stacked of the week, and this spelled opportunity for Monster Energy Kawasaki Team Green’s Chance Hymas. Hymas is a prospect, but not at the same profile as other Schoolboy 2 riders like Jett Reynolds, Nate Thrasher, and Nick Romano. He came up with the Schoolboy 2 title against them, though, which is a big boost for his career. It’s the first Loretta’s title for Hymas. In the first moto of this class, he stayed on Reynold’s fender the whole way but took second. He was then third to Thrasher and Reynolds in the second moto. The Thrasher/Reynolds showdown loomed for moto three, but Reynolds fell while leading, and Thrasher got cut off on the start stretch and started way, way back. He caught Hymas but ran out of time, and Hymas scored the biggest moto and overall win of his career. One win like this is often all it takes for a rider to go to the next level in confidence and speed, and it often happens when the rider is in the B ranks (Trey Canard, Dean Wilson, Aaron Plessinger, and more can speak to this). Let’s see where Hymas goes from here. Obviously, the same goes for Kitchen and his domination of the Limited B classes.

B for LeBlanc and More

As happy as Hymas and Kitchen can be, Monster Energy/Star Racing Yamaha’s Matt Leblanc has reason to crow, also. He won the 250 B and 450 B titles, continuing a solid evolution for a rider who has run up front at Loretta’s for a long time. He did admit to getting nervous in the final 250 B moto. While sitting on a big points lead, he tried to ride defensive and safe, suffered some arm pump, and ended up finishing fifth. It was enough to win the title, though, which is saying a lot in the class that featured Thrasher, Hymas, Romano and Reynolds.

Really, there’s so much talent stacked in this year’s Schoolboy and B ranks it makes it almost impossible to predict the next year or two. Literally, Vohland (who ruled on a 125), Daxton Bennick and Nick Romano (who ran up front in B at just 14 years old), Thrasher (super-fast but ran out of time), Kitchen (swept both Limited classes), Hymas (first title), LeBlanc (two titles), Reynolds (showed some of his old speed while returning from injuries) and others all have reason to head home from the Ranch thinking, “Yep, I’m going to be the next big star.” Plus, we're probably leaving out several other fast kids, who now have parents reading this and getting all mad they didn't get mentioned.

Oh, then you have DiFrancesco ready to get on big bikes. The train of talent just keeps on coming!

Those are all names for the future. Today’s star graduate is Stilez Robertson, who won a great final-moto showdown with Mason Gonzales to lock down the Open Pro Sport Title, a match for his 250 Pro Sport Title collected on Friday. That made him the obvious pick for the AMA Nicky Hayden Amateur Horizon Award, and the highest-profile debut for this weekend’s Lucas Oil AMA Pro Motocross Championship opener, also at Loretta’s. Gonzales will be there, also, on his Rock River Yamaha, and BarX Suzuki’s Dilan Schwartz will debut, too. Will these guys have any sort of advantage on a track they just raced on for a whole week? This is a once-in-a-lifetime chance to find out, because this will be the only year pro races ever go off the gate at Loretta’s.