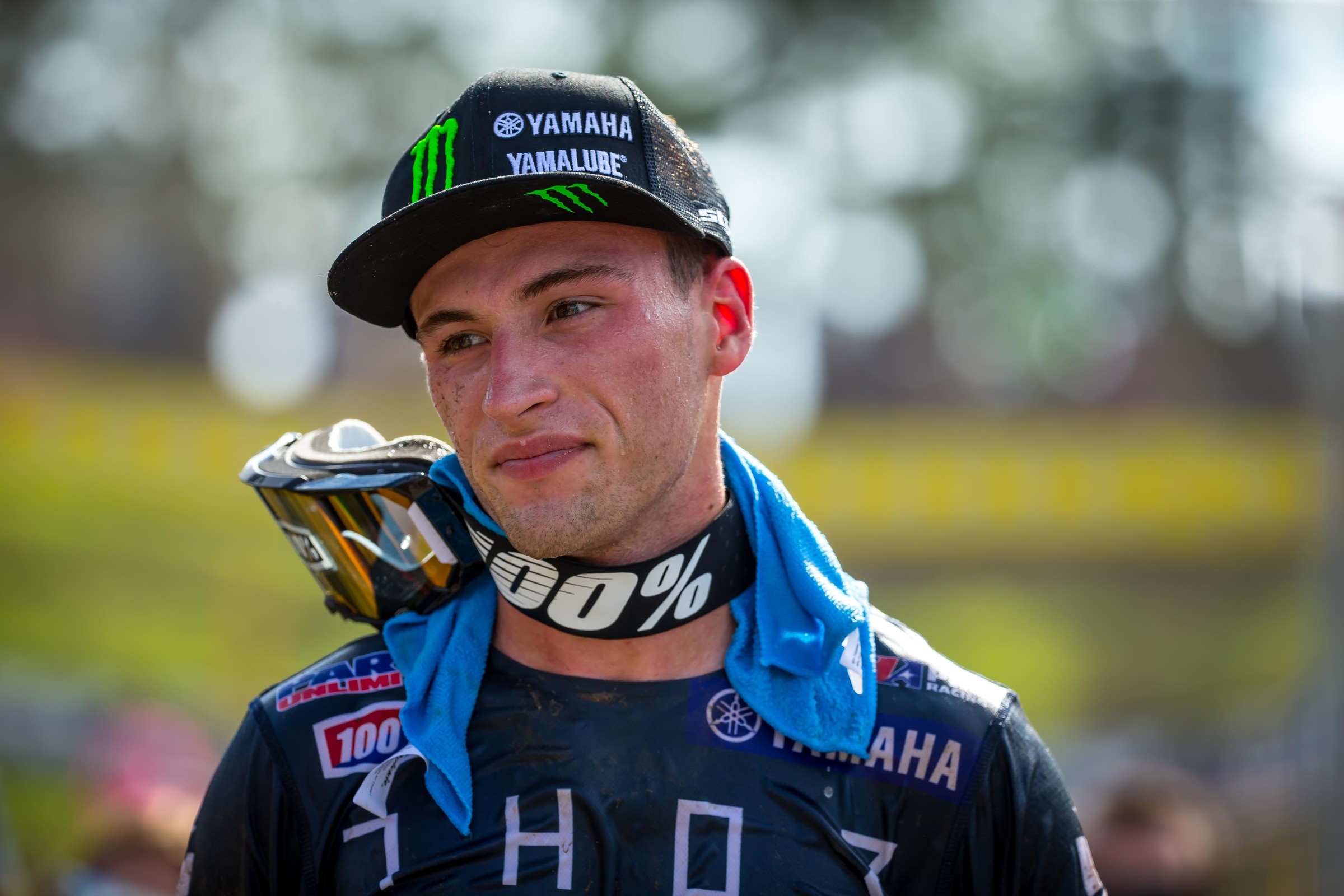 “Honestly I was a little bit fatigued out there. You’re not going to hear a lot of riders come up here and say they’re fatigued, but the track is tough, it’s a little bit hot out, and we had a hard weekend last week. It was tough!”

Those were Adam Cianciarulo’s words in the television broadcast after surviving the second moto at Southwick last weekend to take the overall win. What makes those words unique is just how candid Cianciarulo was about getting tired. Not that Cianciarulo makes a habit concealing the truth, it’s just not common to hear riders publicly admit that kind of thing. In fact, immediately following Cianciarulo’s TV interview, NBCSN commentator Jason Weigandt chuckled and said, “I’m sure they all are fatigued, he’s just the only one who’s going to actually admit it.”

“This track, wow. Between this weekend and last weekend, it was so hot last week,” Cooper said. “It wasn’t even as hot here, it’s just the track was as rough as I’ve ever ridden this place. That’s not saying much, I haven’t been here much, but I definitely haven’t seen it this rough on TV. It’s a whole different animal when you get out here. The track was so rough. I made some good changes to the bike [for the second moto], but at the halfway point I was just like, ‘Wow, I don’t know how much more I’ve got in the tank.’ My back started tightening up in the big bumps and you had to stand the whole time. It was really demanding.”

Their sentiments were echoed roughly an hour later when Marvin Musquin, Eli Tomac, and Zach Osborne were being interviewed after the final 450 Class moto. Musquin said he was glad when Tomac stopped charging behind him, and admitted he couldn’t catch Osborne, while Tomac straight up said he got tired.

“I was a little bit behind at the beginning [of the second moto], and I spent too much energy getting by the guys I had to pass to even get to Marvin’s rear wheel,” Tomac said. “At that point I’d spent too much of myself on the earlier guys. I felt l lacked in that moto. It was a good points day, but I needed a little bit more. I always love this place, it’s always a fun day on the dirt bike, but this place got the best of me today.”

Osborne’s interview wasn’t much different, with the Rockstar Energy Husqvarna rider volunteering that he didn’t have much left toward the end.

“If there’d been a huge attack at the end today I’m not sure I could have withstood it. But I was able to attack on my first few laps, which is something I’ve been struggling with,” Osborne said. “I’m really happy with my progress from my practices. I made some good headway there in the beginning and didn’t have to waste so much energy getting around guys.  I have to give it up to my trainer, Aldon Baker, and everyone around me who puts in so much work to get me here. Hopefully we’ll have an extra day off this week so I can get recovered again.”

So what’s to blame for the extraordinary fatigue? Well, you could start with Southwick itself, which, with its rough and sandy nastiness is always tough and exhausting, and the weather didn’t help either. It wasn’t the hottest or most humid Southwick we’ve seen, but it wasn’t unseasonably cool, either, which didn’t do the riders any favors. But we’ve had plenty of nasty Southwick races in the past, and the fatigue factor never seemed to be this gnarly. What gives?

Rewind one week to Florida. Even if the weather there hadn’t been so brutal, simply having two sand tracks back-to-back would be tough. And, of course, the heat was indeed intense in Florida, which led to multiple riders not being able to finish, and in some cases not even start, the second moto. When the things get that gnarly, bouncing back in a single week is easier said than done, especially while trying to maintain a racer’s regimen of training, practice, and travel.

“Symptoms from a tough race like Jacksonville can definitely linger for days, weeks, and potentially months if you aren’t careful,” said trainer Blake Savage when we interviewed him about this very subject last week. “If you’re really good at knowing how to manage stress levels and how to properly utilize recovery tools, then you you’ll be able to show up ready to fight another weekend.”

The back-to-back one-two punch of heat and sand is something the riders probably won’t have to deal with next year, thanks to a unique schedule impacted by Leap Year. With May having five weekends in 2020, and Father’s Day weekend (High Point) falling on June 20, there are two open weekends in June (6 and 13). Our own Davey Coombs, who is also the President of MX Sports Pro Racing, tells us the Florida National is likely to end up on one of those dates, which would put it in front of High Point, breaking up the double impact of having two of the gnarliest races in succession. That’s rest for the weary. But not this year!