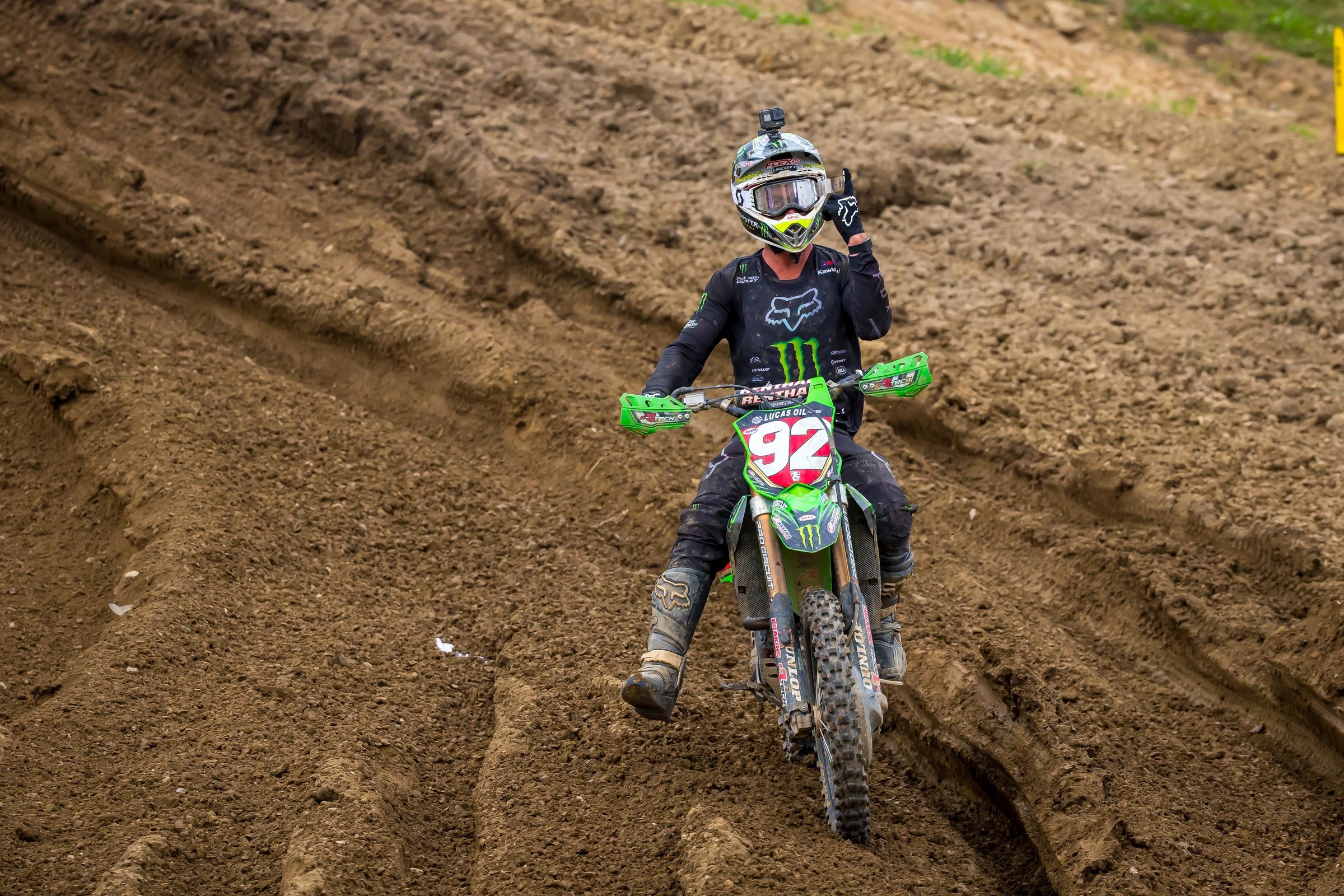 It’s tempting to turn Monster Energy/Pro Circuit Kawasaki’s Adam Cianciarulo’s four-race win streak into a redemption story, wrapping all of his previous injuries and the 2019 Las Vegas Supercross heartbreak into a box and claiming those life experiences created the ingredients for this current run. That’s probably not true, though. Cianciarulo didn’t need any of that. In 2019, we’re just seeing the stuff we were supposed to see in 2014, or ‘15, or any of his other years wiped out by injuries or crashes. He’s on a high level now, but this is his level, nonetheless. Adam was supposed to win a lot of races! Remember, he won three of the first five supercross races he entered. Then came the injuries.

“Honestly for the first time since my rookie season in supercross I actually believe in myself,” said Adam in High Point’s post-race press conference. “That’s something I’ve struggled with in the past is just believing in myself. The confidence allows me to be more patient. In the past, I rode too spastic, I wasted a lot of energy. But as the season goes on you will always have to continue to improve. So we’ll keep pushing and keep continuing to get better.”

Over the last few weeks, Adam has tried to define the pathway back to this old level. It’s actually simpler than it seems. He just needed to get fit again.

“Half the time I’m just in my head because I’m not fit enough. That was half of my problem,” he said after winning Thunder Valley. “Now I’m fit enough. So when I go to the gate, it’s like Nick Wey and I say, ‘Let’s pack a lunch.’ If we’re not fast enough at the beginning we’ll figure it out by the end of the second moto. He’s got me doing really long motos out of these really rough sand tracks out in the middle of nowhere.”

The great David Bailey once told me something interesting about training. When you work really hard, get really strong and feel really fit, it becomes almost impossible to think negatively. During these four nationals of 2019, Cianciarulo has handled anything thrown his way. On a variety of tracks and conditions, from West Coast to East Coast, good starts or bad, he shrugs off the challenge and makes the most of the situation. Being strong allows him to react to each situation calmly, knowing it will probably work out if he just keeps digging.

Yes, that includes the heartbreak in Las Vegas, when he crashed in a clutch moment and blew it. That was a bad one, and also perhaps the only piece where all of his previous racing experience came into play. That night could have crushed him, but Adam told me that losing in Vegas was nothing compared to his injuries. At one time, he thought he was possibly done as a racer. Falling in Vegas hurt from an emotional (and financial) standpoint, but at least he was healthy and had another championship to chase immediately. That felt way better than another shoulder surgery, another missed season, another long rehab stint.

Stats say that Adam is now the 17th rider to start an AMA National Motocross season with four-straight wins, and the previous 16 all went on to win titles (hat tip to @mxresearchdept for the stat). With the specter of that Vegas crash near him, though, no one is counting on anything at this point. It’s too early, and we’ve seen too much go wrong.

Still, he didn’t need to deal with all these injuries to get to this point, but they do lead to one extra part in this story: if he finally, finally locks in a championship, it’s going to feel that much sweeter.