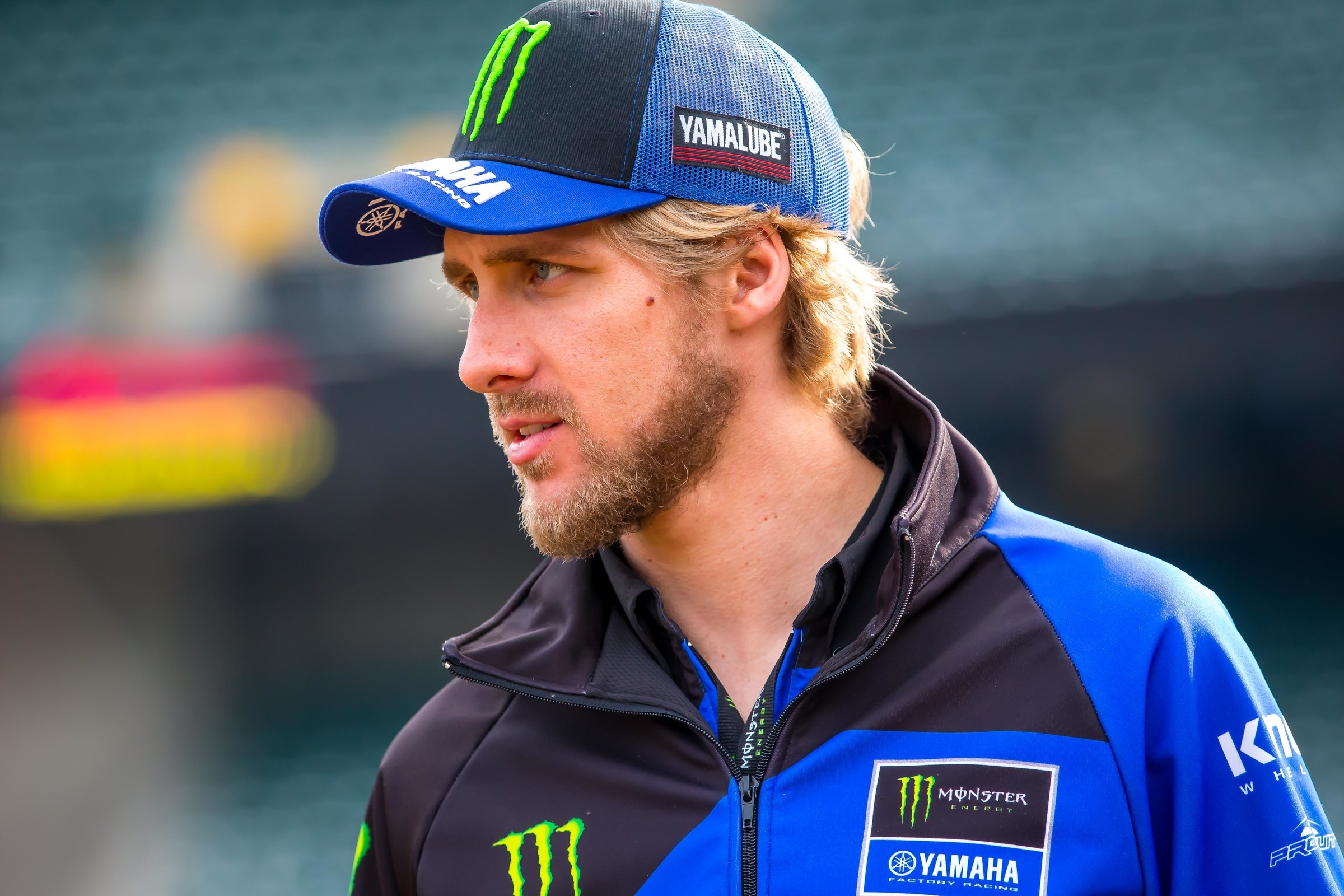 Comment: Jason Anderson will return to racing at Hangtown after breaking his arm and some ribs, lacerating his liver, sustaining a partially collapsed lung, and injuring his back while practicing for supercross.

Comment: Barcia missed the last few rounds of Monster Energy AMA Supercross due to various problems, including shoulder and wrist issues. He is officially in for Hangtown.

Comment: Bloss is aiming for a return to racing at High Point after suffering a torn ACL prior to supercross.

Comment: Grant injured his leg and two ribs while practicing during supercross. He’s out for the weekend.

Comment: Peick recently had another surgery to correct some issues he was still dealing with due to his big crash at the Paris Supercross. The surgery was a success, although currently there is no timetable on a return.

Comment: Plessinger suffered a broken heel in Daytona and will miss Hangtown. The team hasn’t announced a timetable on Plessinger’s return. Australian champ Dean Ferris will fill in until then.

Comment: Savatgy will miss the season opener due to a nagging shoulder injury suffered in Nashville and a hematoma in his leg sustained in Las Vegas. He hopes to be ready to race at Thunder Valley.

Comment: Wilson will likely miss the “first couple rounds” of the season due to an injured shoulder suffered in Denver.

Comment: After taking some time off to deal with what he thought was a sprained wrist, Cantrell learned he actually had a fractured bone in his wrist. He’s off the bike and there is no timetable on his return.

Comment: Forkner tore his ACL during practice in Nashville. He’s had surgery and will miss the entire Lucas Oil AMA Pro Motocross Championship.

Comment: Hayes, who dealt with a hand injury during the second half of supercross, will return for Hangtown after missing Vegas.

Comment: Lawrence will make his American debut at Hangtown after missing the supercross season with a collarbone injury.

Comment: Martin’s recovery is going well and he’s been cleared to ride a stationary bike after suffering a burst fracture to his vertebrae last year at Muddy Creek. He’s expected to be ready to go in 2020.

SHANE MCELRATH – BACK | IN

Comment: McElrath pulled the plug on his supercross season at Seattle due to nerve pain in his back. He’ll be back for Hangtown.

Comment: Oldenburg had a crash in Las Vegas in which he sustained third degree burns on his buttock. He was admitted to the hospital where a skin graft was taken from his thigh to help repair the damage. Currently there is not scheduled date for his return.

Comment: Smith injured his wrist and missed most of the supercross season. He’ll make his return to racing at Hangtown.