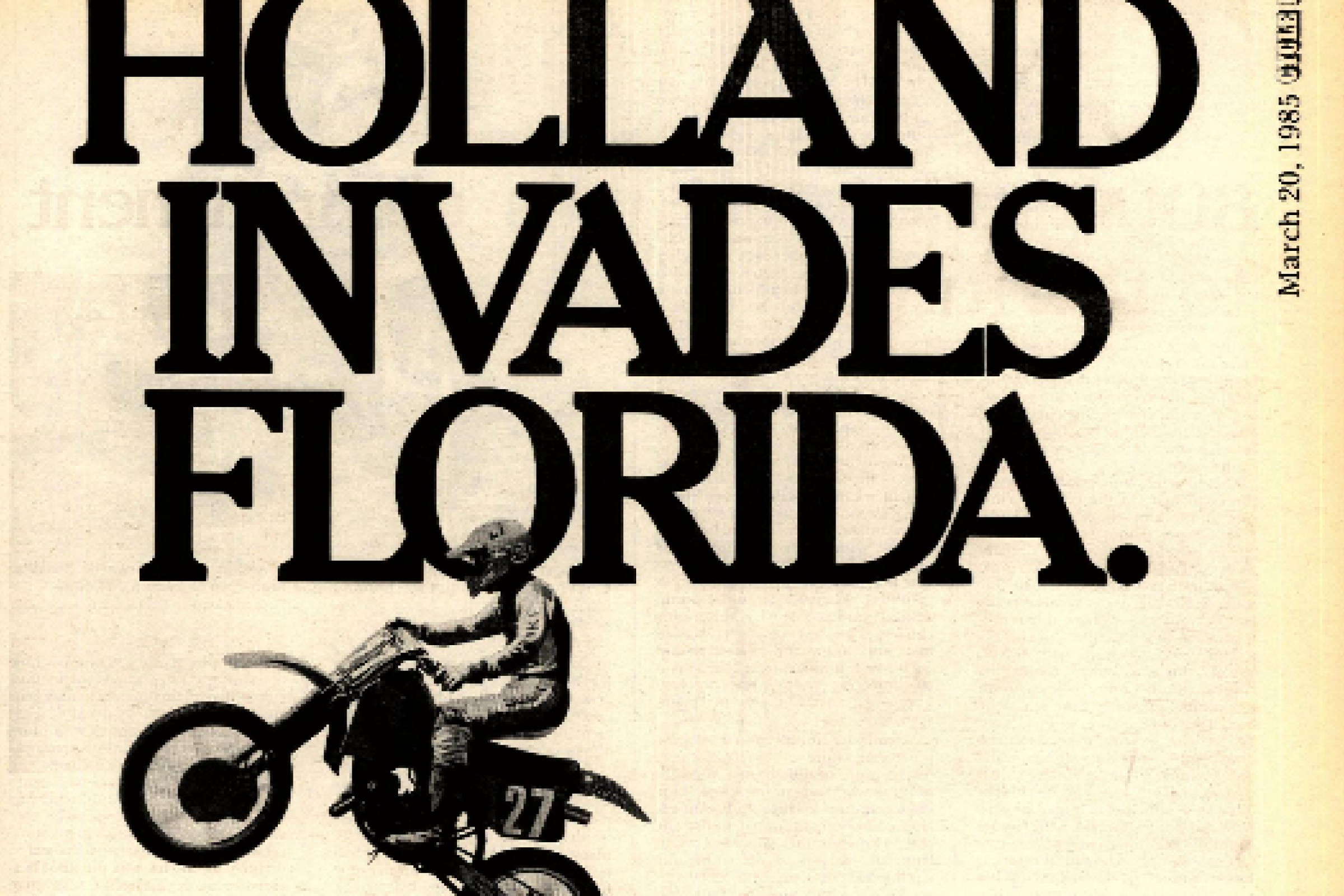 On This Day in Moto March 3

The opening round of the AMA Pro Motocross Championships go off at Gatorback Cycle Park in Gainesville, Florida. At this point in series history there are still three divisions: 125cc, 250cc, and Open. In the 125 class the heavily-favored Ron Lechien on the works Honda would DNF a moto when his bike seized just as he dropped down into the giant bowl of Gatorback, opening the door for Team Suzuki's George Holland to win his first AMA National. Kawasaki's Jeff Ward went 1-1 to win the 250 class and in the 500 class Broc Glover won both motos in the showdown with David Bailey, who didn’t finish the first moto on his works Honda, and then ran second to Glover the next time out.

The opening round of 125/250 Motocross at Gatorback had a couple of memorable milestones. It is the first-ever 125 National for Mitch Payton's Peak/Pro Circuit Honda team, which had been dominant in 125 AMA Supercross up to that point in the season. However, once attention turned to outdoors, factory riders 250cc Supercross riders Mike Kiedrowski (Kawasaki) and Guy Cooper (Suzuki) were dispatched to the 125 class. Cooper would end up winning the opener with 2-1 moto scores while Kiedrowski went 1-11 after his ignition went bad. And check this out: at one point in the first moto Tyson Vohland was out front on a Kawasaki, leading his little brother Tallon Vohland. Tyson would finish second overall, Tallon sixth.

The other big thing was the fact that Team Kawasaki kicked off a new era in motocross when they parked all of their box vans and instead put their three riders—Kiedrowski, Jeff Ward and Jeff Matiasevich—together in a 70-foot semi-hauler. Kawasaki team manager Roy Turner said, "It's something I've wanted to do for years. You can't believe how many advantages it offers." Turner added, "We didn't do it to save money. Actually, it will probably work out to cost the same as operating the box vans. It's a traveling billboard." The driver of the rig is George Ellis, the father of 1975 AMA Supercross Champion Jimmy Ellis.

Suzuki rider Clement Desalle of Belgium won the opening round of the FIM Motocross World Championship in Losail, Qatar, using a 1-2 to edge the 3-1 of KTM's Antonio Cairoli. In the MX2 class Jeffrey Herlings won the first two of what will be a total of 28 motos on his way to the world title.