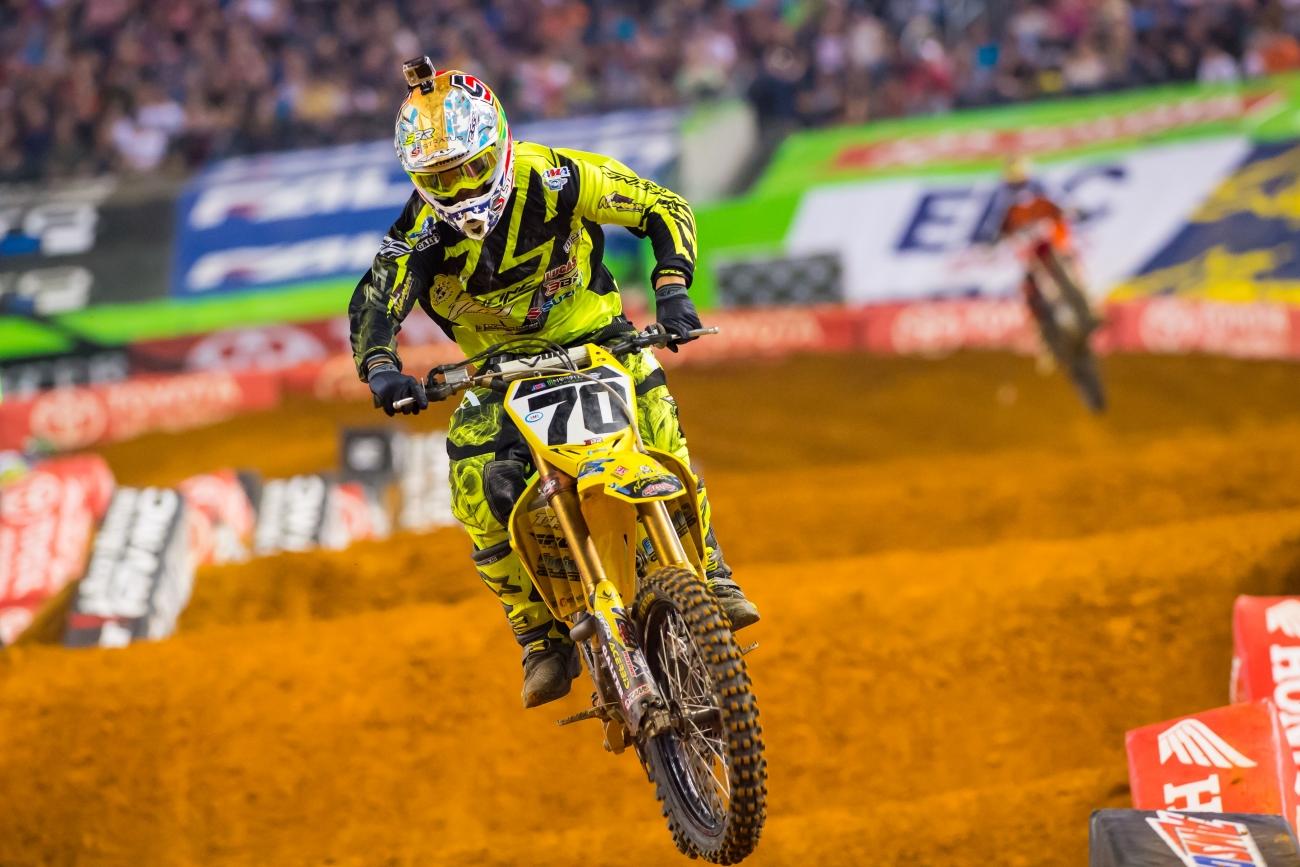 We’ve put together a list of all of the teams for the 2016 supercross and motocross season. (Note: Our team list will be updated once more before the season begins.) However, what about the riders who aren’t on those teams? As always a good portion of riders are still looking for support for next season. We caught up with as many riders as we could to see what they have planned for the upcoming season.

#11 Kyle Chisholm
Notes: We’ve heard from a good source that Chisholm’s deal with the Rocky Mountain ATV/MC team will be announced sometime this week. This will be the first time in Chisholm’s career that he will race a Honda.

#47 Tommy Hahn
Notes: With the retirement of Kyle Partridge due to injury, Hahn has taken the vacant 450 spot on the CycleTrader.com/Rock River Yamaha team.

#52 Ben LaMay
Notes: LaMay is not racing Monster Energy Supercross in 2016. He will be racing Amsoil Arenacross on a TiLube/TUF Racing Honda.

#59 Jace Owen
Notes: Owen just signed on to race Amsoil Arenacross on a Tuf Racing Honda. He will skip the opener in Cincinnati for an event in Germany. He is also racing the 250SX East Region out of his own pocket and with help from his loyal sponsors.

#60 Matt Lemoine
Notes: We haven’t been able to reach Lemoine for an update. We’ve spotted him racing the Nitro Arenacross Series as well as putting in some supercross prep on social media.

#61 Gannon Audette
Notes: Audette is looking forward to getting back on his bike after a nasty get-off in November. He will return to race the 250SX East Coast with the Legends and Heroes team on a Kawasaki.

#63 Jesse Wentland
Notes: Wentland is with RSR for the second year in a row. He will race 250SX on the East Coast and 450MX on a Honda.

#64 Dakota Alix
Notes: Alix raced at the Thor Mini Olympics in Florida on a KTM. We’re betting that he will race the 250SX East Region.

#67 Killy Rusk
Notes: We’re still trying to track Rusk down to see what he has planned for 2016.

#77 Zack Freeberg
Notes: We’re still trying to track Freeberg down for comment. He will be racing in 2016, we just don’t know when.

#79 Nick Schmidt
Notes: Schmidt will be racing 450SX once again with the TPJ team. He has his own personal website and you can visit nickschmidt70.com for updates.

#80 Zack Williams
Notes: Williams is doing his own deal for 2016. He will be racing all of the East Region rounds of supercross and most of the outdoors on a Yamaha YZ450F.

#81 Jason Brooks
Notes: Brooks is currently in North Carolina training at Jimmy Weinert Training Facility. He has to race the first three rounds of Amsoil Arenacross in order to get his supercross points. Brooks plans on racing the 250SX East Region for the JMR team on a Yamaha.

#83 Daniel Herrlein
Notes: We haven’t heard directly from Herrlein, but we’re expecting to see him racing the 250SX East Region, which is where he usually competes.

#86 AJ Catanzaro
Notes: Catanzaro announced on his Instagram that he would be racing the East Region supercross rounds on a KX450F with help from Pilgrim Powersports.

#88 Ronnie Stewart
Notes: Stewart will miss the first part of supercross with a broken wrist. However, when he returns to racing he will be aboard a Team Microbilt/PRBC Suzuki.

#89 Marshal Weltin
Notes: Weltin is racing the 250SX East Region on a Yamaha with help from Justin Barcia and JGR.

#90 John Short
Notes: Short has put together a program with his own sponsors for 2016. He is racing the 250SX East and all twelve rounds of Lucas Oil Pro Motocross.

#95 Dustin Pipes
Notes: Pipes will race 450SX and MX with The Privateer Journey with help from Fly.

#96 Noah McConahy
Notes: We have not talked to McConahy personally, but he is racing a JMC Husqvarna for 450SX.

#97 Tevin Tapia
Notes: Tapia will once again be aboard his own program with TNT Racing. He originally planned on racing the 250SX West Region, but recently broke his wrist.

Brady Kiesel: Kiesel has retired from the sport because of lack of funding.

Mark Weishaar: As a full-time college student and professional motocross racer, Weishaar will once again run his 2 Dudes in a Tundra program. Sponsors can visit 2diat.com for updates.

Christian Telker: Telker is not racing supercross this season, but may race some Amsoil Arenacross rounds.

Vicki Golden: Golden is teaming up with Ronnie Stewart on Team Microbilt/PRBC Suzuki. She will race the 250SX East Region and will be attending all 17 rounds to greet fans.

Darryn Durham: Durham will be racing the 250SX East Region on his own program “The Viewing” on a Yamaha.

Steven Mages: Mages has come up from Amsoil Arenacross to race the 250SX West Region on an Atlas Racing/Slakawear KTM.

Josh Cartwright:  Cartwright, a full-time student at Florida State, is currently training at Ricky Carmichael's facility in Tallahassee. He plans on racing the East Region on a YZ250F.

If you are a sponsor that wishes to contact one of these riders for support in 2016 and beyond you can email troybendgen@gmail.com and we’ll point you in the right direction.

If you’d like to add a rider to this list let us know. We’ll try to keep everyone updated as the season goes on.